Community Cat Programs: Looking Back
on Past Successes, Charting a New Future

It’s no secret that Best Friends is a huge proponent of community cat programs (CCPs) as the key to increasing cat lifesaving in shelters. Since 2012, our intensive approach of embedding CCP employees within shelters for three-year periods has helped more than a dozen municipal agencies drastically increase their lifesaving through a combination of targeted trap-neuter-vaccinate-return (TNVR), return-to-field (RTF) and complaint mitigation. During that time, we’ve also realized that the “formula” for CCP success works everywhere—no matter the size or geographic location of a shelter—that success could happen even faster than expected and by shortening the timeline, we could help more agencies. So, as we congratulate our most recent “graduating” shelters this spring, we look back on what we’ve learned along the way and consider how that knowledge will guide our future CCP work.

In spring 2018, we launched CCPs in three shelters—the animal shelter for Jefferson Parish in Louisiana, Osceola County Animal Services (OCAS) in Florida, and Stanislaus Animal Services Agency (SASA) in California—and this spring marks the end of Best Friends’ direct involvement with those programs. Like every CCP, there were challenges along the way that often felt insurmountable, but the results prove that none of them were:

Since there are no greater experts to talk to Network partners about the challenges of implementing a CCP than those who have done so, we sat down with the directors of these three shelters and asked them to share a bit about their experiences: 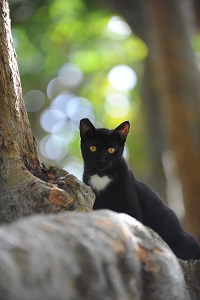 Why did you want to start a CCP at your shelter; what were the motivating factors?

Kim Staton, OCAS director: Osceola County had operated under a policy of trap, remove and kill for far too long. We were just plain tired of killing animals needlessly, especially knowing there are better options.  I was involved with TNR programs in other places and knew firsthand they work when done properly. Although we had stopped picking up stray cats and had done a couple of small TNR pilot projects in our community, given the county's budget situation at the time, it was not likely we would have the resources to start a comprehensive program ourselves.

Annette Bedsworth, SASA executive director: We had been returning feral cats to the field with the help of Humane Society of Stanislaus County volunteers, and I was shocked at the volume of cats out in the community. We didn't have the resources to expand and proactively trap cats or interact with residents. We wanted to be progressive around cat lifesaving, but we couldn’t do it alone.

What was the biggest obstacle to your success and how did you overcome it?

Kim: We knew we would encounter philosophical differences. While we wanted the same thing, to save as many animals as possible, where to draw the line was not always something we agreed on. Finding agreement among animal services staff and Best Friends staff on the matter of euthanasia was the biggest challenge. Quality of life became part of our regular conversations and with veterinary input, we were able to agree most of the time. Letting everyone be heard and have input was helpful.

Michelle Brignac, director of the Jefferson Parish shelter: Returning cats to the field was the biggest challenge—not the logistics of returning them, but the internal struggle over returning friendly cats to their neighborhoods. I know others have fought the same battle, the mindset that “this cat is friendly, we could easily adopt him” when he is doing just fine where he is and has people looking out for him.

Annette: Agreed. The biggest obstacle was educating the staff and the community on why healthy cats who were thriving in their outdoor homes had to go back. 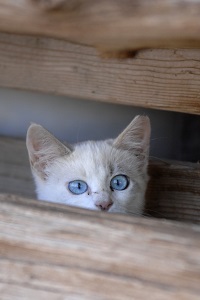 Michelle: It’s an integrity thing. The feeders know their cats and they notice when one leaves to be fixed and doesn’t come back. Then that person who is feeding 20 cats doesn’t trust the shelter, won’t let us fix any more, and we have more kittens out there. We had to teach people what the program is about, that it focuses on finding positive outcomes for all cats. Quite often, letting those 20 cats stay with their feeders is perfectly okay and it reserves the shelter resources for cats who don’t have such an option.

Michelle: After three years, everyone is now putting out the same message. If a cat is brought into the lobby without identification and in a trap, the front desk staff tell people how the program works: that we will collect information about exactly where the cat came from, including relevant information about any feeders, then the cat will be fixed and more than likely will be returned. The ACOs are having those conversations in the field, too. You may have to put your foot down with your staff eventually, that this is what we’re doing and there is no discussion about it. The goal is the best outcome for the cat. But it’s important that they know why we’re making these changes. Then, when they see that it works and that there are people wanting many of those cats back, they get on board.

What advice would you have for other shelters that might be considering starting a CCP?

Kim: It takes time to grow trust in a community where for so many years cats were not brought back. You must adapt to the needs of your community and sometimes that means being patient and making an occasional compromise. Train all staff together as much as you can so everyone is on the same page and hold weekly meetings to talk over issues. Be flexible, because things do not always go your way.

Michelle: It takes time to implement the program, during which there will be people complaining because we’ve become an instant-gratification society. As we stop removing cats who are thriving outside and bringing them into the shelter, we see less crowding and less sickness. And people see the progress inside the shelter and out in the community and support the program.

Kim: Cat numbers in our shelter are down dramatically, kittens are trickling in more slowly than before, staff are no longer overwhelmed to the point of physical and emotional exhaustion, and we don't spend hours in the euthanasia room every day. There are days we don't do any euthanasia. It has made a huge difference for our community, the cats, our staff, and the county.

Annette: I don’t think there is any reason to be on the fence. If you are on the fence or have questions, you are more than welcome to call me. There are hurdles that you must get over but don’t let any of those obstacles prevent future success. Doing the same old thing we’ve always done won’t get you where you need to be for the cats or the community.

And what lessons has Best Friends learned over nearly two decades of facilitating CCPs?

“It can take some heavy lifting to help staff, volunteers and the public wrap their heads around why returning cats to their neighborhoods is a good thing. There also may be ordinances preventing the legal return of cats and the public may or may not be receptive,” says Destiny Haney, manager of Best Friends national embed program. “The director must have a degree of influence both internally and externally and be willing to work on those things. 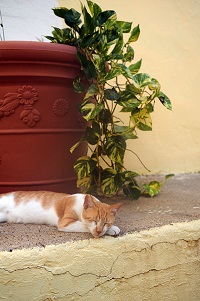 "Additionally, organizations considering adding a CCP need to be prepared to potentially outsource their surgeries,” Destiny adds. “Without exception, it has been challenging to find enough veterinary appointments to take on the RTF/TNR cats while also not destabilizing TNVR work that is already being done in a community.”

The biggest lesson learned, however, is that it is time for Best Friends to evolve beyond the model of funding and staffing three-year programs.

“Our three-year model proved that CCP is the quickest, most effective way to reduce cat shelter killing with most of our programs experiencing the greatest increases in lifesaving within the first 12 months,” says Marla Browne, manager of Best Friends national embed program. “However, that same model also had its flaws, the biggest of which was that it set up Best Friends ‘ownership’ of the program by having our staff do the work. We unintentionally created an ‘us’ versus ‘them’ mentality and made it harder to transition the CCP to the shelter at the end.

“Our new approach will focus on assessing more shelters on an individual basis and customize shorter programs that leverage results with sustainability from day one,” she adds. “That way we can stretch our resources and work directly with more shelters to make a greater impact nationally. It’s time to let the lessons of the past decade drive the accelerated lifesaving that stands in the way of getting to no-kill 2025.”

Next month, a follow-up editorial will go into greater detail about the new approach to CCPs and how Network partners can benefit from our streamlined model.