Best Friends, network partners team up to deliver most successful adoption weekend yet

In addition to the Best Friends Lifesaving Centers, 662 organizations participated – 436 of whom also took part in this year’s other national events. A good number of groups also changed their fees: 47% reduced them while another 17% waived them entirely.

This time around, 6,122 cats found new homes while 5,130 dogs were adopted. That compares to 4,257 cats and 4,154 dogs in the same time period last year for those groups. The following organizations had the highest number of adoptions:

Happy tales to you

Once again, we asked participants to share highlights from the weekend and once again, you didn’t disappoint. From stories of special needs animals matched to people prepared to take on their care to those longest-stay cats and dogs who finally walked or were carried out of the shelter in the arms of their people, there were more happy tales than we can possibly share here. So, we painstakingly chose six highlights from the most recent event that we think you’ll like as much as we do:

Poor Pepper had a rough start in life. He suffered a heat stroke after being left outside in 108-degree heat with no food, water or shelter. AAS officers were able to remove Pepper from that dangerous situation and rush him to the emergency vet clinic. The vet team saved the pup’s life, but he sustained a permanent head tilt. That didn’t matter to the sweet couple who fell in love with him as soon as they saw him, though – which might be because they already had two dogs at home with permanent head tilts, too! 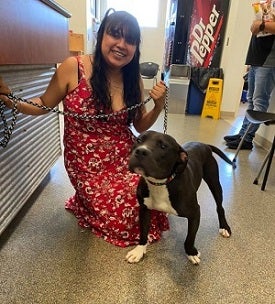 There’s a general belief in the field of animal welfare that black dogs and cats have a hard time getting adopted. Some studies show that’s not necessarily the case, however, as this 2015 HuffPost piece details. But that wasn’t the case for Al Cabone – a stray, black pit bull terrier-type mix who bucked the trend and found a home quickly during the National Adoption Weekend. AFHS said: “With so many interested adopters coming through our doors, this gave Al a chance to show off his dazzling personality and find himself a home! We are so thankful for events like these that give us an opportunity to help shine the light on pets who otherwise may have faded into the background and had much longer shelter stays!” 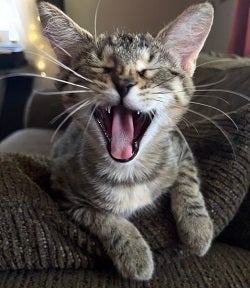 When Judy came into the shelter this past July, she was tinier than she should have been at one month of age. She weighed in at a measly one pound and had severe injuries to her back end and tail, which had been broken off leaving her with only a two-inch nub. After gaining weight and letting her wounds heal in a foster home, the rest of Judy's tail was amputated. This tiny tike is completely healed and has no problem taking on cats three times her size for wrestling matches. She also held her own on the adoption floor during the September event and landed herself a home. 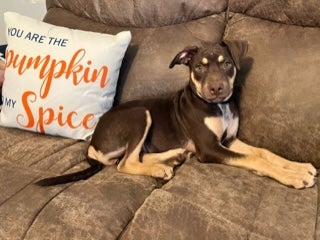 Cooper’s Chance decided to reduce their adoption fees for the event and that definitely helped 10 puppies find homes! One of those was Mocha, who needed a little extra boost to make her adoption happen. The family who fell in love with the pup had transportation issues and couldn't get to the event. So the rescue brought Mocha to them! The family has since sent along a couple pictures showing just how happy and comfortable she is in her new home. 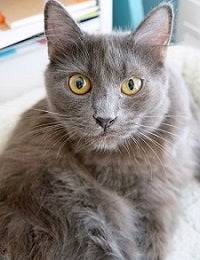 Endora came to Kitten Rescue from LAAS East Valley Shelter in 2018 as a neonatal kitten. Because of a heart condition called pulmonic stenosis and the need for daily medication, Endora ended up living in Kitten Rescue’s nursery. Although the organization was prepared to let her spend the rest of her life there, fate had other plans. Kitten Rescue held a Twilight Adoption Event on National Adoption Weekend and a special adopter showed up and fell in love with her. Endora finally has a home! 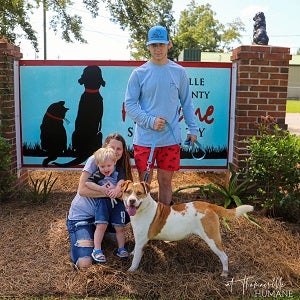 For this one, I’m just going to let the organization share the news in its own words: “GREATEST NEWS OF THE CENTURY! RASCAL WAS ADOPTED! Our longest resident! He was with us for 726 days before finding his forever home. This is why we do what we do. Rascal was loved by our staff every minute and we know that he will be loved in his new home.”

*Save the date! These events have been so successful for animals looking for homes that we are holding one last National Adoption Weekend of the year on December 9-11! You can register and get more info here.