Need more motivation to participate? Let’s review some of the results from the first event as inspiration. For starters, more than 300 partners took part in the event and a total of 4,529 dogs and cats went to new homes. That equates to a 96% increase in adoptions this year compared to the same time period last year.

Funding from Best Friends and Bounty totaled $178,000 to participating groups, which includes five $1,000 grants to partners in several categories: Although waiving or reducing adoption fees was not a criteria for participating in the event, 74% of participants did so and saw adoption increases of 73% for their cats and a whopping 137% for their dogs! In fact, many groups felt that changing their adoption fees directly contributed to their success.

Take the $1,000 grant winners. FHS cites its reduced fees as a factor in sending home a heartworm-positive dog named Leroy, noting that they were able to fundraise for his full treatment to be covered. HSTPC also reduced fees and shared the following story with us about a pit bull named Maverick who had been at the shelter for more than three months: 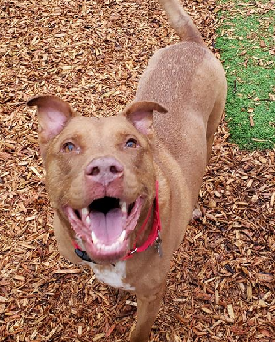 “Maverick is a total goofball, who loves to play and make every day as fun as possible, but we could see how sad he was to watch everyone pass his kennel without a second glance. Thanks to the Best Friends National Adoption Weekend, Maverick received the promotion he needed to catch the eye of a wonderful family who were thrilled to have the chance to adopt this special dog. They had seen his smiling face on our website and the 20% discount on their adoption fee was the push they needed to come meet him and take him home.”

It wasn’t just our grant winners who reaped the benefits of reduced or waived fees. Humane Society of Greenwood in South Carolina not only adopted out five dogs with its waived fees, but the shelter was also able to adopt out every cat they had during the event! And Kershaw County Humane Society, also in South Carolina, had an older gentleman who “came in 30 minutes before we closed to adopt a dog. Due to the reduced adoption fees, he was able to adopt a bonded pair so they could remain together.”

Knowing that it can be a strain to lose money that comes in through adoptions, we asked groups if the positives outweighed the negatives of changing their fee structure. Unsurprisingly, several say they were only able to try it out because of the available stipends. For example, Companion Cats of Battle Creek Michigan deducted the $25 from their normal adoption fees of $55 for adult cats and $75 for kittens.

Other groups note that the reimbursement made it possible for dogs and cats of all ages to be included as opposed to focusing on targeted groups of animals, or remark that they change fees during times of crisis only and are cautious about doing so too frequently.

“We hold fee-waived events anytime the shelter is at capacity; it’s the only tactic that relives our population quickly and easily,” says LASCC’s shelter supervisor Shelley Delahoussaye. “On balance, though, we don’t waive the fees too often so that it doesn’t lose its spark."

“We have several fee-waived adoptions every year,” says Jonathan Gary, animal welfare superintendent at Oklahoma City Animal Welfare. “It is a tool to help when we are over capacity and trying to avoid euthanasia.” 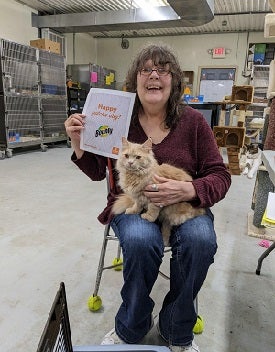 But Brittany Pasquale, animal services supervisor for the City of Tracy Animal Services in California, doesn’t really see changing fees as a drop in revenue in the long run.

“It costs money and time to care for each animal in the shelter,” she says. “We have a non-profit that is partnered with us, and they also help raise funds to cover the alteration costs, thus allowing the adoption fee to be dropped by three-quarters of the normal fee.”

Shelley says there’s logically no excuse not to waive adoption fees when reimbursement is offered, though she also recalls feeling hesitant about the shelter’s first such event.

“I specifically remember speaking with a woman who was browsing our dogs,” she says. “I saw her drive up in a BMW and noticed the Michael Kors watch and Louis Vuitton purse. When I asked if she knew that all adoption fees were waived that day, she said, ‘Oh yeah, but I’m not here because of that.

I’m here because the ad said that you’re waiving fees due to the shelter being full. I’ve been on the fence for adopting another dog and figured that was a sign that it's time. You guys need help, so I’m here.’ “

Shelley later found out that the woman made a $200 donation to the shelter since her dog was free.

“At some point, we just have to trust people,” she adds. “Sometimes they aren’t there because the pets are free. They’re there because you asked for help.”

See the results of our National Adoption Weekends.