Going digital to seek out donors: 7 ways to prepare for adding the latest technology to your fundraising tools

Online fundraising is on the rise, so it’s the perfect time to update your fundraising strategy to include more virtual elements. In fact, our experts have put together a site of resources that go into detail about why and how digital fundraising efforts should be part of a successful, diversified strategy to attract donors to your cause.

Before you enlist that volunteer who says they know how to build a website and give them the green light to build one for your organization, or start filming videos to put on TikTok, there are some fundamental steps you need to take. Shelters and rescues are stretched to the max in terms of time and energy, so it doesn’t make sense to waste those resources on a specific approach if it won’t fulfill what your individual organization needs.

To drill down on how animal welfare organizations should lay the groundwork for expanding their fundraising efforts into the digital realm, we talked to Trish Tolbert, our senior strategist in embed development. Trish brings loads of professional fundraising experience to her work at Best Friends Animal Society, and she had a lot to say on this topic. Here are some of her key considerations when delving into the digital world of building organizational wealth.

Think of an actual target where the bullseye is filled in with your current base of animal lovers. The next ring should include people who may have some animal interests, but who are not identical to the supporters you've already got.

Most people who are animal lovers to some degree usually value kindness. No pun intended, but it’s helping the underdog that motivates them.

What do those kinds of people do for hobbies? You find a lot of animal welfare people out in nature. I worked for The Nature Conservancy, which focuses on tackling the dual threats of accelerated climate change and unprecedented biodiversity loss. Some donors give to that organization to preserve habitat, because they understand that if you love wild animals the best thing you can do is to provide places for them to live. I’m often surprised how few animal organizations think of reaching out to this audience. 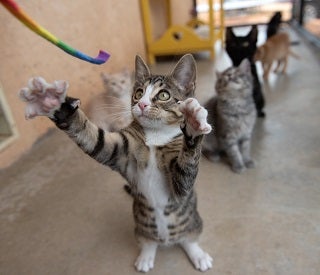 Just because someone doesn’t love animals doesn’t mean they won’t have a stake in your work. If you go to the chamber of commerce, they won’t all be cat lovers, but many will be aware of the community cat problem in the alley two blocks from city hall. We have research now that shows that most people in towns and cities of any size expect their community to support animals, or at least not to be known for being cruel to them. Use that in your digital messaging to catch the attention of a government audience.

Don’t give up on asking local businesses just because you expect them to say, “No,” either. The director of a humane society recently told me that she had stopped asking businesses for money because “they needed to give to people causes.” Well, with all the work that our industry has done on housing, insurance and the human-animal bond, we’ve got some things to say about how we fit into that, too.

Make the rounds of your own community, read every donor wall out there and put those names on a potential supporter list. Then start learning about those people however you can. I’ve found that if you ask around to your contacts, you’ll find that those potential supporters are often closer than you think.

It's the six degrees of Kevin Bacon concept, which is based on the idea that all people are six or fewer social connections away from each other. I find it's more like three or four.

Sometimes knowing who's got the money in your community is very public – like those names on donor walls and structures or in online annual reports. You can also Google major donations to charities in your area, or celebrities and influencers who have relationships with your community. You also want at least some people on your board who not only have funds to give but have a social circle or professional network of other potential donors.

Don’t be defeated by your assumptions, either. I often hear shelters say there isn’t a lot of money in their community, and that might be true, especially if the community is very small or very rural. But I guarantee there are sons and daughters who have left that community and are doing well for themselves elsewhere, and whose hearts (and possible contributions) are still in their home communities.  Maybe they won’t have an interest in animal welfare at all, but they live and die for their own pets, and that’s a starting point for conversation. 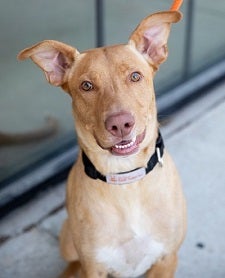 It’s very convenient to have a volunteer who says they know how to build or redesign a website and offers to do the same for you, but will it be what you want or need? It takes a lot of energy to start over from scratch if it isn’t. Volunteers don’t want to feel like they’ve wasted their time, either. Planning out what you really want and need ahead of time will allow your organization to engage volunteers in projects that truly make an impact.

Look at other organization’s websites. Find those you like and ask those organizations whether the site is working for them. If not, how would they do things differently? Would they recommend the same website app? Learn from their successes and their mistakes.

Email is a relatively cost-effective way to stay in touch with people who want to hear about your work. You can start small and build up your program and tools as you need. There are a lot of affordable options to set up dynamic e-mail programs with your donors, and some have installment plans or sliding-scale options.

Whatever you choose, your organization must establish a primary way to communicate with your supporters. Drive everyone you can to sign up. Then remember that people who sign up want to hear from you! Give them lots of opportunities to get involved: donations, but also volunteering, fostering, advocacy, etc. 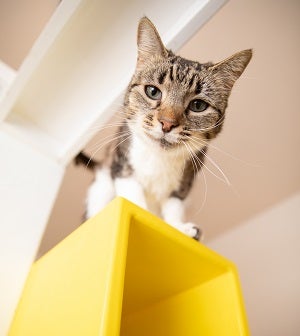 Fundraising is the intersection of capacity and interest. The audience you’ve uncovered with relevant interests are potential prospects but need to be qualified to see if they have the capacity to support your needs.

Observe. Research. Talk with others who know them. Work towards gaining access and talking directly with them about their lives, passions, and commitments. This may take some time, especially if the prospect is not a public figure, but a picture of capacity will ultimately emerge.

Maybe $100 donations fit your needs, or perhaps you’re working on raising millions to build a new facility. Either way, you can’t make good decisions about who receives TikTok videos vs.  email campaigns vs. in-person visits without getting some handle on capacity. That’s part of knowing your audience!

While technology has given us amazing tools to do our work, those tools won’t be effective if we don’t do our homework first. This was best summed up by Amy Ward, the CEO of America's largest nonprofit technology conference (NTEN), in March 2020 as the first panic around COVID's potential impact on fundraising set in: “Technology is not going to save us. Technology is never first. Technology is last. So, what's first? People. Always, first and foremost, people.”

Amy knew, as only a real expert can, that even in an age of digital magic, you must do the foundational homework that recognizes the way people think, dream, choose, connect and support. Tech changes overnight. Human emotions and the desire to make a difference haven't changed much in a thousand years. Build your fundraising on what endures.