The Brown County Humane Society (BCHS), an open-admission shelter, has been a shining example of no-kill success for a long time. They first reached the 90% save rate benchmark in 2008. At that time, there were still many naysayers who didn’t even believe no-kill was possible at all, let alone in a community like Brown County.

Since that time, the organization has continued to increase its save rate - staying above 95% since 2010. In 2019 it was 98.3%! And they’ve done that with an intake of roughly 700 animals a year. That is significantly higher than similar communities, which on average take in half that many. They are a lifesaving model we can all learn from - whether you are in a rural area to not.

This week we hear from Brown County’s shelter manager, Caity Friedersdorf, who shares the programs and approaches that have driven the success for more than a decade in this rural Indiana community. 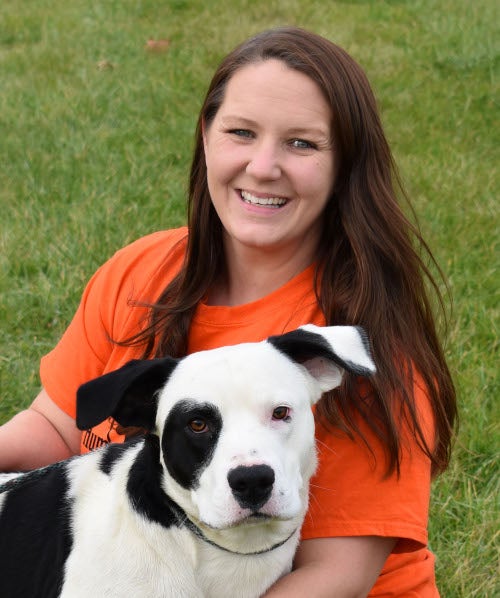 Caity oversees, supervises, and maintains the efficient operation of the Brown County Humane Society’s Animal Shelter. She celebrated her 4th anniversary with BCHS in March.

She always felt called to work with animals, possibly as a veterinarian or animal control officer. Early in her high school years, she felt that her need to help others would land her in social services of sorts. Her work at the humane society allows her to embrace both worlds because, as she says, they are only there to serve the animals who need them and serve the humans who love those animals.

She spends most of her spare time with her husband and their fur kids, 10-year-old German Shepherd Joley, 5-year-old cat Jonah, and two senior paint horses, Dozer and Bonnie. Occasionally she finds time to go line dancing or catch up on the Mandalorian with her husband.