We All Start Out as Rookie Pet Owners

The relentless waves of homeless pets normally flowing through your shelter doors has hopefully slowed to a trickle due to limitations around the pandemic. But our industry still has the task of finding positive outcomes for as many animals as possible once they come into our care.

Even in the face of the social constraints right now, it’s our responsibility to be smart about our programming, use our resources wisely, and do everything we can to promote lifesaving. How do we do that? Well, since we are already instituting new practices centered around social distancing and reduced risk, there’s no better time to add in the key to becoming no-kill: open adoptions.

Overcoming the Fear of Open Adoptions

Open adoptions generate lots of strong opinions, most based in fear. But among all those opinions, there’s one important point that we frequently lose sight of: Nobody starts out as a perfect pet owner. No matter what your level of expertise in animal welfare is or how many pets you’ve had, at some point you had to learn some basics about being a good pet owner, just like everyone else.

For a lot of us, getting our first pet as an adult was a “learning on the job” experience. Not all potential adopters are going to fit our model of “perfect pet owner.” And that’s OK. What matters is their interest in making a homeless pet part of their family and our willingness to help them succeed in doing so.

If your organization is struggling to reach a save rate of 90% (the benchmark for no-kill), it’s time to evaluate your relationship with your community and revisit your adoption program and process with fresh eyes. (See the gap analysis tool for more info about reaching the benchmark.)

If you want to increase lifesaving, the people in your community are the answer. They are your advocates as well as your best critics, they are your neighbors and your family, they are your volunteers, your donors and your adopters. In addition, a recent study of data from 1,844 no-kill shelters showed that local placement adoption programs are the heart of lifesaving and the source of nearly 66% of all outcomes for pets.

My Experience Applying to Adopt My First Pet 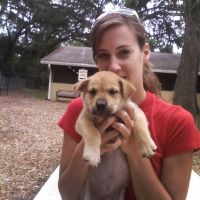 First, let me just say that I’m not the type of person who just jumps on board with every big new idea. Rather, my belief in the power of open adoption programs, while supported by the data from this recent study, is actually inspired by my own past experience as an adopter.

At age 24, I had just graduated from college, was living with my boyfriend and was working three jobs to get by. One of those jobs was pet-sitting, which naturally made me want a dog of my own, even though I didn’t have a lot of time or money to spare.

There were some common red flags on my application. I was renting at the time and when I went into the shelter, I didn’t have my landlord’s approval. I had never owned a pet, and so of course I didn’t have any kind of vet reference or basic knowledge about things like heartworm disease.

But the adoption counselor ultimately approved the adoption after discussing the points of concern on the application. She took the time to educate me and offered her assistance as a resource if I needed it in the future. In fact, I called her three days later in a panic, mistaking a case of kennel cough for my new puppy choking on something.

Over the course of that one dog’s life, I went from “Dogs for Dummies” owner to animal welfare professional. I certainly didn’t know that was where my life was heading at the time. And while I wasn’t the perfect adopter on paper, I became a great pet parent and the go-to dog lady of my neighborhood.

A pet’s adoption day is the first day of a lifetime of fun walks, fabulous car rides, naps on the couch and awesome pet selfies. And our role in that journey is to be encouraging, informative and enthusiastic. 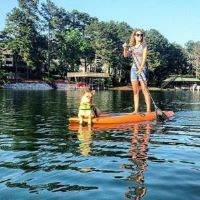 Each person you talk to has the potential to be an awesome cat lover, a dog trainer in the making or even your most vocal advocate in a future effort to pass pet-friendly legislation. Right now, we need to find homes for pets left homeless in the wake of the pandemic or find fosters for those whose owners have taken ill so removing barriers to making that happen only makes sense.

A 2017 study by Best Friends showed that 85% of respondents considered adoption when acquiring a dog or cat, but only 40% followed through and adopted. This means that people want to do the right thing and save a life, but they’re running into barriers that prevent them from doing so. Respondents listed lengthy paperwork, strict adoption requirements, high adoption fees, communication issues, and inconvenient locations and hours as the main deterrents to adopting.

The lifesaving power of open adoptions at Louisville Metro

If some of those barriers cited sound similar to your own adoption process requirements, it’s time to take a serious look at your program and give open adoptions a try. This is exactly what Louisville Metro Animal Services (LMAS) did at the beginning of 2017. Their data speaks for itself:

At the beginning of 2017, the shelter director, Ozzy Gibson, revamped the adoption process at LMAS and built a better, more transparent relationship with the community. They started using a conversation-style adoption process and removed all pass/fail adoption questions, waived adoption fees for dogs over 40 pounds and for all adult cats and provided better staff training. To further increase adoptions, in 2019 they changed their hours of operation to be more convenient for adopters.

These combined changes led to 911 additional adoptions in 2017 and bumped the save rate up nearly 10%. And that was achieved with an increase in intake of 595 animals that particular year!

Also worth noting: Once LMAS implemented the changes, the number of adoptions eventually stabilized, but the intake numbers continued to decrease and the save rate kept going up, finally crossing the no-kill threshold in 2019 with a save rate of 91.29%. In addition, the need to transfer animals also dropped as placements in the community increased, ultimately freeing up resources that could then be used for other programs.

Having open adoptions isn’t about an application. It’s a philosophy and a business practice that prioritizes helping both pets and people to succeed, even in less-than-perfect scenarios. It means making the act of adopting a pet an inclusive process and an exciting milestone in someone’s life.

Our communities have already shown a willingness during the coronavirus outbreak to be the solution to the lifesaving challenges we all face. Let’s embrace them and kick our lifesaving efforts into overdrive with open adoption programs.

Best Friends would like to give a giant WOO-HOO to all the staff at LMAS for their hard work and dedication to lifesaving. You guys are no-killin’ it! 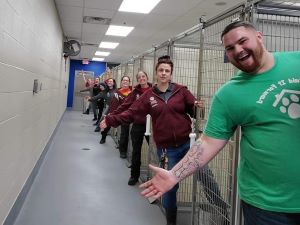