A new day for animal sheltering in the United States

If we’re going to meet the 2025 goal of ending the killing of pets in animal shelters, we need to redefine the relationship the community has with animal shelters. What is the best way to keep people and pets together and keep animals out of shelters unless they truly need to be there?

The community supported sheltering model invites community members to play a more prominent role in saving lives. That allows the shelter to focus on the animals who need the most help - those with urgent medical needs or behavioral challenges. For people who think they need to surrender their pet, this new model does away with the “no questions asked” surrender process. People can often keep their pets if we start a conversation and work with them to solve the problems that led to the shelter in the first place.

American Pets Alive! is working with organizations across the country to pilot a community-supported sheltering model they call Human Animal Support Services. This week we spoke with Kristen Hassen, the Maddie’s® American Pets Alive! Director, who has been part of the team working hard to see this vision of a better future in animal sheltering become a reality. 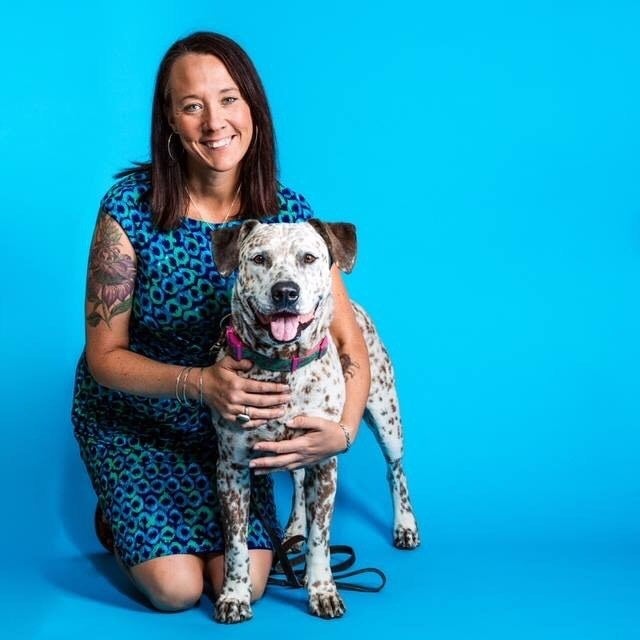 Kristen is the Maddie’s® American Pets Alive! Director. She formerly served as the Director of Pima Animal Care Center, Pima County’s only open-admissions animal shelter which takes in 17,000 homeless, lost and abandoned pets annually and serves 15,000 animals through animal protection and outreach services. Under her direction, PACC is saving more than 90 percent of the cats and dogs who come to the shelter including orphaned puppies and kittens, pets recovering from illness and injuries, and animals who have been victims of cruelty or neglect.

In 2017, she oversaw the opening of the newly-constructed state-of-the-art, animal services facility. Under her leadership, PACC partners with hundreds of rescue and community groups and engages thousands of volunteers and foster families to help achieve its mission. Kristen has received national recognition for her innovative, lifesaving programs. At PACC, she’s created the largest pet foster care program in the United States, with nearly 5,000 animals sent to foster just this year. Because of the success of this program, PACC received a large grant to lead a training initiative that funds dozens of shelters around the U.S. to attend four-day ‘apprenticeships’ to learn about PACC programs and operations.

Outside the shelter, Kristen has developed partnerships to build a community outreach program focused on providing resources for pets owned by people facing homelessness and extreme poverty. Kristen also presents and writes regularly on a variety of subjects, including breed labeling, reduction of shelter intake, innovative foster care and social media for animal welfare leadership.