The three-year full-scale CCPs that Best Friends spearheaded since 2012 prove that the combination of return-to-field (RTF), targeted trap-neuter-vaccinate-return (TNVR) and complaint mitigation is wildly successful at increasing the numbers of cats leaving our country’s shelters alive. While some version of this programming should be standard practice at animal welfare agencies, implementing it is not without its challenges.

For nearly a decade, we put ourselves into the driver’s seat overcoming these challenges. To start, preliminary work included evaluating any local policies and ordinances that might stand in the way of the work.

“Often these provisions were adopted long before modern-day CCPs and can be used as obstacles to implementing new ways of working with cats,” says Richard Angelo, Best Friends legislative attorney. “Examples of the most cited legal impediments are leash laws for cats, restrictions on cats being ‘at-large,’ limitations or bans on feeding animals outdoors and restrictions on returning cats to the location they were found.”

Then there was the heavy lifting of getting stakeholder support, developing a memorandum of understanding between participating agencies, and hiring and training two to three Best Friends staff per program. That team was then responsible for, well, you name it: organizing and maintaining supplies; training shelter staff, volunteers and the public on the components of the program; and physically doing the work of RTF and targeted TNVR (e.g., trapping, canvassing, returns, flagging all eligible cats in the shelter).

Yes, operating a CCP has a lot of moving parts and it takes time to revamp entrenched policies and philosophies. But being in the shelter has been invaluable for our teams in terms of giving us an up-close view of all the pieces that should be in place for a successful CCP as well as insight into what could be done differently.

That led us to where we are today: entirely rethinking how we approach CCPs. Moving forward, we envision still being a strong support system for shelters looking to change their cat programming while being focused on building their skill sets from day one.

Why We Needed to Change 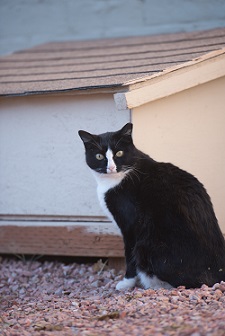 When we started these programs, RTF was a new practice that a lot of people were still skeptical about. Some might even say it was still a “fringe” concept. That’s not the case today.

“The carrot to get shelters to try it was about us coming in to prove that it would work,” says Destiny Haney, manager of Best Friends national embed program. “Once we did so, we would transition the running of the CCP to the shelter—a true challenge when all along our team had ‘owned’ the program by taking on the bulk of the work.

“Now shelters all over the country accept handling cats differently and are more than open to owning it themselves,” Destiny adds. “They just want guidance on how to do so.”

We are making a lot of our resources available to Network partners so that they can learn how to duplicate a CCP. Our updated CCP Handbook distills the knowledge we’ve gathered over nearly a decade of this shelter-focused work.

As for those sometimes-daunting ordinances, our track record challenging them makes us able to advise sheltering professionals on workarounds, both permanent and temporary, to immediately increase lifesaving while working on permanent policy solutions. For instance, shelters could discontinue impounding healthy free-roaming cats—thus avoiding stray holds or limitations on their disposition options—and instead divert those cats to a surgical clinic for evaluation, sterilization and return.

The data also showed us that we didn’t need three years to prove that the cat save rate could be drastically improved by no longer picking up healthy cats in the field and returning all of those who landed at the shelter back to their home communities. In fact, the CCPs typically showed huge jumps in cat save rates right away.

“Typically, within a year all the cats that could go back were going back,” Destiny says. “Pretty quickly, to keep increasing lifesaving, the focus needed to shift to other programs like finding placements for working cats and setting up intake diversion and neonatal kitten fostering programs. Our new programming can hit all of these at once, and or work as an a la carte model.”

Though the mentorships we started offering a few years ago expanded upon the number of shelters eligible for some support with CCPs, now all our cat programming work will take this flexible approach. That gives us the ability to help more animal welfare agencies accelerate their progress to no-kill 2025.

How CCPs Will Look Going Forward 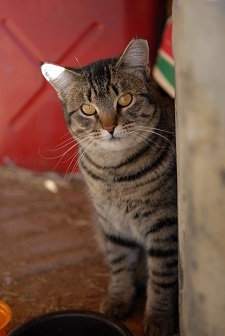 The new approach for the cat lifesaving programs takes all the elements from the previous model that made it so effective in non-live outcome reduction and builds upon it. Programs and training will be tailored to each shelter’s specific needs and infrastructure.

“We have already started sending staff into shelters for short periods of time to help them establish the programs they need,” says Michelle Logan, director of national shelter embed programming. “That way we can assist shelters with the largest lifesaving gaps, shelters which may not have the surgery capacity or legality to do a full-scale CCP yet. Instead, we might start with humane handling and enrichment or a kitten program. It’s about meeting them where they are.”

The work we have been doing over the past few years at Santa Rosa County Animal Services in Florida is a good example of one way we’ve figured out how to achieve lifesaving gains in a more efficient manner. By the time the CCP training began, Best Friends staffer Jessica Gutmann, strategist for the mountain west region, was in place as an interim operations manager. Director of national shelter support Scott Giacoppo and manager of national shelter support Nick Walton came in to get the ACOs on board, which allowed national embed program specialist Jen Adkins to concentrate on training staff on CCP practices.

“Jen did an initial visit and then returned for two weeks of intensive training,” says Marla Browne, manager of Best Friends national embed program. “Jessica also previously worked on CCPs and her familiarity with them helped get buy-in at all levels. ”

As 2020 began and COVID grounded our in-person visits to a halt, we were forced to adapt CCP support even further.

“We were able to do one in-person visit to the Farmington Regional Animal Shelter in New Mexico before we had to switch to virtual support only,” says Marla. “But that helped us quickly see that virtual training works and reinforced our belief that we can extend our reach even without dispatching a team to the shelter.”

"COVID also gave shelters the guts to consider doing these programs,” Destiny says. “Many of them realized, ‘Hey, we stopped taking in animals and the world didn’t fall apart’.”

Last but certainly not least, our new approach puts the program into the hands of shelter and field staff right from the get-go.

“There’s something to be said for the sense of pride and ownership that comes when you are physically involved in doing this program from the beginning,” says Michelle.  “All these employees in shelters who love animals got into this industry to save lives, and this program empowers them to do so.”

“Often, all that shelter staff see is negativity from the public and that informs their work,” she continues. “This is an opportunity to see that so many of those people want to do the right thing by their animal. It breaks that perpetual cycle.”

Destiny recalls talking with an ACO at a shelter where the CCP team has done a few Zoom calls and asking him if he would be open to doing the cat returns.

“He said, ‘We would love doing that. We don’t often get to go out and smile to people’,” she says. “While obviously the purpose of a CCP is to save more lives, the fact that it can make what is sometimes a very difficult job into one that people love is just as valuable.”

If you want to find out more about getting some of our (virtual) hands-on help starting one or all components of a CCP, contact your regional strategist. This year we also are going to be launching online training modules and a certificate program on cat lifesaving, so stay tuned!