Last week, Best Friends’ CEO Julie Castle devoted her blog to the topic of systemic racism that exists within animal welfare. Looking around at those we work with every day, it is sobering to confirm that “the voices at our table are not the voices of all of America.”

The staff at Best Friends is ready for that to change. We understand that we must engage in the long overdue, difficult work of honest self-reflection and personal accountability.

Looking inward is only one piece. We also need to listen to the voices of colleagues who bring other perspectives to the table. This week, we are featuring the voices of eight African American, Hispanic, Native American and mixed-race Best Friends staff members.

Today’s editorial will focus on their individual experiences with racism and discrimination within animal welfare, and we’ll finish up on Friday by finding out what steps they feel we should be taking to change the face of our organization and animal welfare as a whole.

We want to thank them for being brave and candid in discussing this charged and intensely personal issue. We want them to know we are listening.

As someone who is half Native American, senior director of national mission advancement Marc Peralta has always been most comfortable with other people of color. When he started his career in sheltering, however, he found that his was the only brown face in a sea of white.

“I was back to a place where I was the minority, and where the overall belief system was alarming to me,” he says. “I noticed that the staff actually changed the way they spoke around people of color.”

He also found himself being questioned about the theft of drugs from the shelter.

“Two staff members were stealing and selling Ketamine, and the only other person they questioned was me,” he recalls. “It didn’t make sense because I wasn’t even friends with them. It ended well in that I was promoted into the management role after they were fired. I like to think that was because it was the first time the director of operations really talked to me, but it may have been guilt. I don’t really know.”

Extension of bias to volunteers

Best Friends legislative attorney Akisha Townsend-Eaton’s first experience with racism within animal welfare came when she was turned down as a transport volunteer for an independent rescue.

“The rescue person basically said, ‘I don’t know who you are or what you want to do with my animals,’” says Akisha, who at the time was the only full-time Black attorney in animal welfare and was working to draft anti-cruelty laws. “I didn’t tell her I was an attorney; I just thought, ‘I’m not going through all of this just to be a volunteer here.’ So I found another group to volunteer for instead.

“You know, it takes a lot to even get to that point and then to be rejected… People feel like they’ve wasted their time and put themselves in a worse position for taking a risk.”

When senior director of culture and talent José Ocaño worked at a shelter in Florida, he didn’t feel directly discriminated against. He was shocked one day, however, when a white man in a senior leadership role told him to break up a group of Black college students who were volunteering.

“My mouth dropped,” José says. “The way he said it was just so blasé. I didn’t do what he asked because it was wrong, and I didn’t know how to even do something like that.”

Though both José and Marc saw how prevalent racism was within their respective shelters, they didn’t really appreciate how rare they were in the animal welfare movement until they attended national conferences.

“I remember walking into the ballroom, and no one looked like me,” José says. “It wasn’t until I met Marc at an American Pets Alive! conference that I was like ‘there’s another guy here, and he’s a brown guy like me.’ That was the first time I saw myself having a place in the movement.”

“I had heard the message of Best Friends and it matched my ideals,” she says. “But I was surprised to find the audience was overwhelmingly white.”

Leah was also surprised when she realized the lengthy adoption applications common in the industry were often used to screen out people who didn’t fit into certain socioeconomic or racial categories. Worse than that was the resistance from the shelter and rescue world to change that process.

“I was at a shelter where we were trying to implement open adoptions, but people kept falling into a pattern of denying adoptions for nit-picky reasons,” she says. “I remember a Black family had come to adopt a dog, and as I walked into the administrative area I saw six staffers looking up the family’s address on Google Maps to see if they had a fence. And they had just adopted to a very young white couple who didn’t have a fence! There were just these conscious efforts to put up barriers.”

“I heard millions of times ‘I only adopt to people like me who really care about animals,’” says Marc. “I don’t think they were even thinking of it as being racist, but they really meant the white lady with 16 dogs and 11 cats.”

CCP coordinator Dinah Sepulveda often finds herself sticking up for other Black or mixed-race people because she is commonly mistaken as one of those “people like us.”

“People mistake me for a white woman and then they feel free to share some alarming opinions,” she says. “I remember one man talking about a neighborhood and he said, ‘there aren’t a lot of our people over there.’ When I told him I’m half Black, the look on his face was one of embarrassment and shock.

“That happens a lot, where people are looking at me like we’re on the same team, so they feel safe telling me these things,” she says. “It’s difficult to even know how to respond professionally to that.”

A person’s socioeconomic status is also frequently used to judge adopters as well as members of the public who receive services. Carol Reyes, a CCP coordinator in Riverside County, California, experienced the latter when she was asked to help trap cats for spay and neuter at a mobile home park.

“I was warned ahead of time by the white woman who was feeding the cats that it was too dangerous an area to go into,” she says. “She thought that because the people who lived there were Black and Hispanic and they were low-income.”

Just because a family is low-income does not mean they are bad homes, says Dinah, recalling that her parents couldn’t afford to take their pets to the vet when she was growing up. But there was little doubt that they considered them part of the family.

There was little doubt that the families in the mobile home park felt that way, either.

“They were thrilled to have their cats spayed and neutered and they clearly loved them,” Carol says. “Two little boys in particular were eager to help and wasted no time pulling their kitty out of the trap when I came to return him.”

Though she talked to the feeder afterwards and the woman ended up trapping with Carol later, “she invited other people along, too. I think she still didn’t feel safe.”

The reality of systemic racism

While not everyone of color lives in a bad neighborhood, Akisha points out that everyone has a level of implicit bias and that has crept into the fabric of our processes in animal welfare.

“When we think of racism, we tend to think of hatred and the KKK, but these systemic biases are really what set the groundwork and are detrimental on a daily basis,” Akisha says. “Bias doesn’t make someone a bad person, but it's a rare Black person who will jump through extra hoops by facing increased scrutiny at a shelter when they can get animals in other places while being treated with more respect.”

“We have to remember that even though our work focuses on animals, we also work with their people,” Dinah says. “And we are doing both people and animals a disservice with these assumptions.”

Circling back to our determination to be more inclusive, diverse and equitable, Leah says it best.

“We have to begin asking ourselves not just why we are making certain decisions in our work. We have to ask why people of color would want to get involved in a movement where they are treated as less than they deserve, as part of a problem when they are really part of a solution?”

You can find additional information on Diversity, Equity, and Inclusion below. 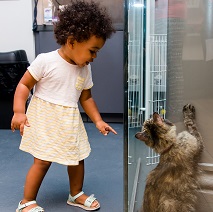 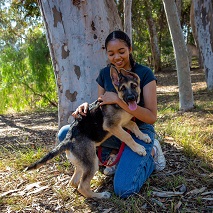 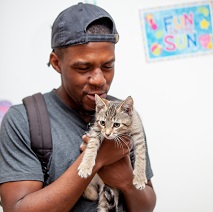