We hope you’ve already registered for Best Friends National Adoption Weekend on May 20th through 22nd (though you still have until Friday, May 13th to do so!). This exclusive network partner event is a great chance to boost your adoptions. In fact, last year’s participating partners saw a 41% overall increase in adoptions during the three-day event!

A bonus for participants is that Bounty is generously reimbursing $25 for every cat and $50 per every dog adopted during the event. That makes this a great time to consider reducing or waiving adoption fees. Among the reasons many organizations are hesitant to do so is the loss of funds used to support operations. With the promise of the Bounty reimbursement, this is a chance to see if the benefits of waiving fees offset the potential revenue loss for your organization.

Need more encouragement to see how waiving fees might positively affect your group? We spoke to several network partners – shelters and nonprofit rescues alike – who shared why they decided to do free adoptions, what they learned and how the benefits make doing so something every organization should try.

Step 1: Commit to taking the plunge 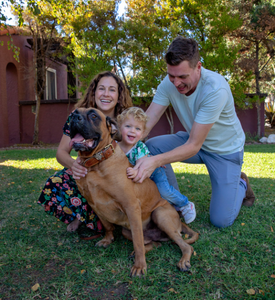 The biggest challenge in implementing a reduced or fee-waived program boils down to overcoming fear: fear of public backlash, of losing critical dollars and of sending animals into homes that won’t value them. Every organization we spoke with had these fears, and they only got over them by giving free adoptions a chance.

In 2013, Phoenix-based nonprofit Helping Animals Live On (HALO) Animal Rescue moved into the West shelter location of Maricopa County Animal Care and Control, which had a live release rate of 55%. HALO decided to try waiving fees to save those most at risk of losing their lives: large dogs, particularly “bully breeds.”

But both organizations were also facing a predicted impact of the newly opened kitten nursery at Arizona Humane Society.

“They were saving those lives, which meant more kittens available for adoption in the community,” says Heather Allen, HALO’s president and CEO. “The concern was that it could have a negative impact on the adult cats that were available. We had to get creative.”

In addition to dropping fees for every pit bull terrier-like dog over one year of age, HALO removed the adoption fees for all cats six years and older.

“Historically we didn’t have the additional volume of kittens competing for homes,” Heather A. says. “We found that more kittens didn’t affect the adoption of adult cats (although I can’t say whether that was because the cats were waived). Regardless, we have kept the fee waived on older cats since that time and eventually increased the adoption fee of kittens under four months to help raise the necessary funds to care for the old-timers.”

Clearing out crowded shelters is another important reason shelters decide to give waived or reduced fees a shot. Horry County Government Animal Care & Environmental Services (Horry County) in South Carolina, which has been doing fee-waived adoptions for about a year, did so to free up space for emergencies and the influx of strays. Lafayette Animal Shelter & Care Center (LASCC) in Louisiana likewise did so to manage kennels that were overflowing with cats.

“In 2017, our cat adoption fee was only $25 when we decided to offer a ‘Free Feline Friday’ promo,” says Shelley Delahoussaye, LASCC shelter supervisor. “Suddenly a crowd showed up and we adopted more than 40 cats and kittens in one day, which was historic.” 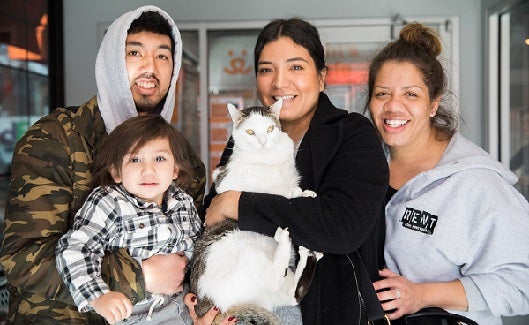 After that, LASCC started running fee-waived events anytime there was a need, such as for animals with a long length of stay. Reducing how long most animals must stay at the shelter has multiple benefits. It helps with staff stress by alleviating some of their daily workload, and it makes the shelter setting healthier and less stressful for the animals who do have to stay longer for whatever reason.

Shelbi B. Waters, executive director of Souris Valley Animal Shelter (SVAS) in Minot, North Dakota, says the shelter began fee-waived adoptions a year ago when it shifted internal priorities to the impact of length of stay on animal health.

“Our ultimate goal is that the animals leave the shelter as soon as possible,” Shelbi says. “Typically when we waive an animal's fee, our social media engagement goes up significantly for that animal. More exposure means they find an adopter more quickly, and we get quality adopters.

“More importantly, this means we do not have to watch an animal deteriorate over time,” she adds. “While our state-of-the-art shelter is one of the very best in North Dakota, no animal thrives in a shelter setting.” 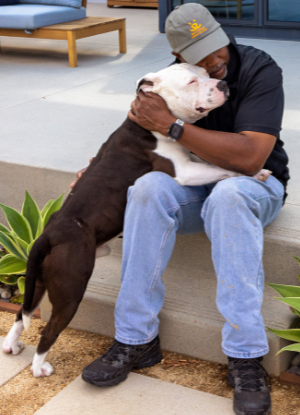 Another valid fear is the fiscal impact of removing or reducing adoption fees, something Dayton, Tennessee-based Rhea County Animal Shelter (RCAS) considered before dabbling in some no-fee adoptions.

The shelter’s costs for intake protocols (e.g., vaccinations, microchips) are $35 for dogs and $25 for cats; spay/neuter costs ranges from $20 to $30 for cats and $40 to $60 for dogs. Normal adoption fees are $40 for cats and $135 for dogs, with the latter subsidizing the cat adoption prices.

SVAS says it recoups at least some funds in the form of less-expensive long-term care for its animals.

The cost of a dog's health declining due to fear, stress and anxiety, or the cost to work with a dog who has developed behavior challenges is far more expensive than what you feel you might lose from waiving an adoption fee,” Shelbi says.

“In the end, there is not a price tag to ensure an animal can live a happy and better life.”

While it may seem like things went smoothly for all the afore-mentioned organizations, that’s not quite the case. Even though HALO kept the same screening processes (which should have assuaged fears of “bad adopters”) and shared data from the ASPCA supporting waived or reduced fees, the group experienced internal backlash. 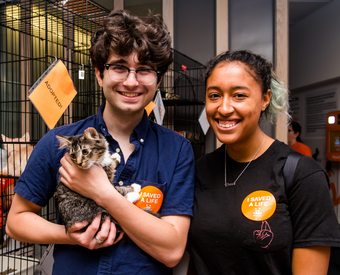 “Some staff spoke negatively about waived fee adoptions in spite of us sharing” says Heather A., who took a hard line in response. “Staff who spoke of it negatively in public or who could not get behind the philosophy were not allowed to remain within the organization.”

LASCC not only dealt with external outrage when it waived fees on “Happy St. Pittie’s Day,” Shelley received word from the mayor’s office to stop the promotion. She managed to get permission to offer the promotions for two more days, and while the hate calls didn’t stop, the hype eventually died down. The following week she posted stories on social media showing pictures of adopted dogs glued to the couch in their new homes, playing with the kids in the backyard and enjoying Puppuccinos from Starbucks.

“The adopters were so happy to share their story and be a testimony,” says Shelley, who believes the posts went a fair way toward assuaging public fears.

Bottom line, though, is that there will always be people who don’t like it.

“Just because people don't pay an adoption fee doesn't mean they won’t love that animal just as much,” counters Horry County supervisor Brittany Martin. “And when we waive the adoption fees, adopters can put that money towards food or vet visits instead.”

Using data can also be helpful in overcoming emotional push back, and there are research papers available that show people who adopt animals for reduced fees have the same degree of attachment as those who paid an adoption fee. Maddie’s Fund also did a study showing that return rates for animals adopted for free at a San Francisco event were actually less than average. 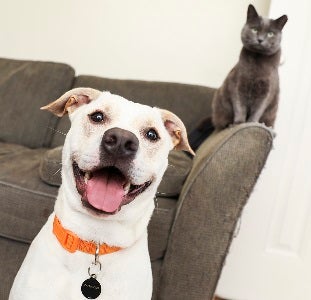 “We are a very data-driven organization, and the data supports the positive outcomes associated with fee-waived adoptions,” says Sarah Javier, president and CEO of the Animal Protective Association Adoption Center in St. Louis.

And Chicago-based One Tail at a Time (OTAT) used data to reignite support for waiving fees even though the initial attempt in 2015 led to more returns than usual.

“While we did have a slightly higher return rate, our data showed that more dogs went to homes overall,” says executive director and co-founder Heather Owen. “We decided to give it another whirl and haven't looked back since.”

Step 5: Opt for reduced fees instead of free

Just because your organization isn’t comfortable offering animals for free doesn’t mean you can’t at least experiment with slashed fees. While OTAT does fee-waived events, Heather O. notes that its ‘half-off’ events have been the most successful.

“We do them monthly and we see a larger number of animals going home those weeks without fail – including a lot of dogs who have stuck around longer than we’d hoped they would,” she says. “It's become a huge morale booster for everyone.”

You can also reserve reduced or waived fees for certain animals only. Rhea County has been doing no-fee adoptions for years, though only on a limited basis.

“We offer free adoptions to veterans who need emotional support animals through our ‘Vets with Pets’ program, and for seniors who adopt senior animals via our ‘Vintage Tuesdays’ programs,” Renee says. “The community is very supportive of these programs, and we do not get social media blowback about giving away pets who could end up in the wrong hands.”

In addition, the shelter does adoption specials on holidays like National Puppy or National Cat Day, which helps alleviate crowding at the facility. For the upcoming Best Friends National Adoption Weekend, the shelter is doing a “Name Your Own Adoption Fee” special.

“We tried this for the first time in April of this year based on a suggestion from Best Friends (senior strategist for the East region) Angela Rovetto, and it has already worked really well for us,” Renee says. “The public likes it, the adopters like it, and there have been no negative comments on social media. We decided to run that program for the last two weeks of April 2022 and adoptions were up 50% over April 2021.” 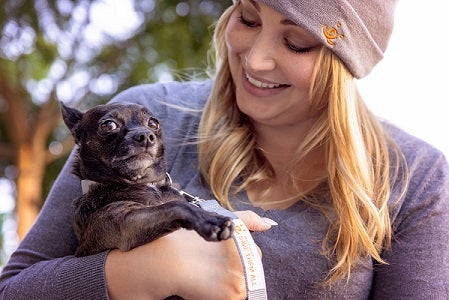 Lastly, our partners mentioned the human impact they witnessed by changing their approach to adoption fees.

“So many people have been impacted by the economy that sliding-scale, reduced-fee or fee-waived events are a compassionate way to let the people who have been hurt financially by COVID know that we care about them and that they, too, deserve the love of a pet,” says Heather O.

People don’t just deserve that love; sometimes their lives depend upon it. Shortly before the pandemic, a donor for the Animal Protection Association in St. Louis subsidized a day of fee-waived adoptions, after which Sarah got a call from a man who adopted a dog during the event.

“He was older, lived alone and was on a fixed income, which meant that adoption fees were outside of his budget,” Sarah says, noting that he could cover daily care, however. “This event gave him the opportunity to take home a dog who became so much more than a companion to him.

“During lockdown and spending time at home, that pet became a lifeline,” she continues. “He knew that dog needed him, so he continued to get up each day. That dog needed walks, so they spent time outside getting exercise. These things kept him from sinking into a depression from which he may have never returned. That fee-waived adoption was a gift like no other.”

To find out more about the upcoming Best Friends National Adoption Weekend, including how to register, check out this page on our network site.