Shelters Prove They Can Reach 90% Goal—and Stay There

Over the past decade, we have made great progress in proving that achieving a 90% save rate (the no-kill benchmark) is achievable. Now, nearly half of the shelters in the country have achieved that benchmark. But questions remain like, is it sustainable? Is it possible to remain in a place where only roughly 10% of animals are losing their lives, and then because there are irreparable medical or behavioral issues? And what do shelters need to do to stay at that level of lifesaving? First, let’s look at the data. 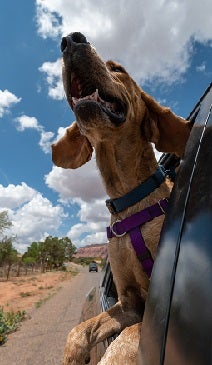 In analyzing four years of data (2017 to 2020) from 1,650 shelters, we found that an average of 94% of groups that achieved no-kill status remained so the following year and 86% stayed no-kill for all four years of the dataset. For those groups that slipped below a 90% save rate in any one year, an average of 52% attained it again the following year. For shelters set on reaching this high bar, it’s good to see those who have paved the way being able to maintain it.

While our national dataset shows that all shelter types can achieve the no-kill benchmark, this analysis likewise showed that all shelter types are able to sustain the benchmark. Rates of sustainability vary slightly by shelter type. Government animal services that have reached no-kill have the lowest average that remain no-kill (89%) compared to no-kill shelters with and without a government contract (94% and 97% respectively).

The COVID pandemic did not impact the sustainability of the no-kill benchmark, nor did it prevent organizations from reaching no-kill. In fact, 95% of no-kill organizations sustained the benchmark in 2020, compared to 93% in 2019 and 2018. All shelter types saw larger percentage increases in their number of no-kill organizations from 2019 to 2020 than in previous years. This data shows that not only are sheltering agencies of all kinds embracing the 90% goal, but they are also proving that it is possible to stay there.

You Reached Your Goal; Now What?

So, once shelters overcome any initial waves of resistance to new programs, policies and philosophies and reach their save rate goal, it must be smooth sailing to maintain that, right? Not quite.

Once you get the benchmark you know you can do it. And the reality is that, once shelter workers have had to end the lives of fewer animals, they never want to go back to the way things worked before.

“In some ways, things are easier once you finish the heavy lifting of putting new programs in place,” says Sue Cosby, senior director of lifesaving centers. “Making tweaks to those programs once they exist is not as big of a challenge as getting them going in the first place. But animal welfare is an industry with an ever-changing landscape and tweaks are always going to be needed. 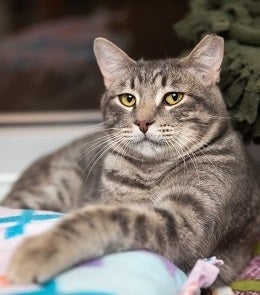 “There will also be some years that are harder than others and that cause shelters to dip below 90%,” she adds. “That does not mean the shelter is no longer a success, though it does call for continued efforts to solve for the problems that get in the way of saving lives.”

Thankfully, once people realize it is possible to achieve no-kill, that generates momentum to keep it going.

“Once you get the benchmark you know you can do it,” Sue says. “And the reality is that, once shelter workers have had to end the lives of  fewer animals, they never want to go back to the way things worked before.”

Likewise, shelters can engage and activate those members of the community who celebrate reaching no-kill in helping maintain that status. One last caveat, however. Engaging and activating supporters over time means that you can’t let your community forget how far it has come.

“For people who work in shelters and have had to euthanize dozens of animals a day, there is no forgetting how bad things once were,” says Holly Sizemore, chief mission officer. “There are several historically no-kill communities where newly elected officials who never experienced the dark days of sheltering or faced the public backlash that went with them have become less supportive in the face of a small but vocal group of no-kill critics.

“They have inherited a good situation, but it’s crucial that we do not let that hard-won achievement be taken for granted,” she adds. “We have to make sure people understand what their predecessors were up against so they will continue to support the work of sustaining no-kill and never allow us to go backwards.”