There probably isn’t a shelter director among us who hasn’t faced at least one unhappy member of the community. Whether we adjust our policies or add new programs, change seems to spark frustrations in some people. Sometimes they take their complaints to the city council or our board of directors. In the worst-case scenario, shelter directors (and even staff at all levels) are targets of angry Facebook posts or even death threats.

When I was the executive director of operations at Pima Animal Care Center (PACC) in Tucson, I wasn’t immune to hearing complaints from the public, both directly and filtered through the county board of supervisors. Looking back, I realize I might have mitigated some of that animosity if I had worked to build up a stronger support base in the community before the squeaky wheels had stirred up a hornet’s nest.

We’ve talked about the importance of trusting the public in terms of adoptions, but it’s also important to recognize the power of a supportive public. Those new programs won’t be successful without advocates in the community; in fact, they very likely can be torpedoed by just a handful of unhappy constituents.

While PACC had a fair relationship with the public, today I’d spend more time cultivating those to a much greater degree. That way when things go south (and no shelter is immune to public scrutiny), we would have an army at our sides ready to combat the negativity that put our lifesaving progress in jeopardy.

Consider all the angles 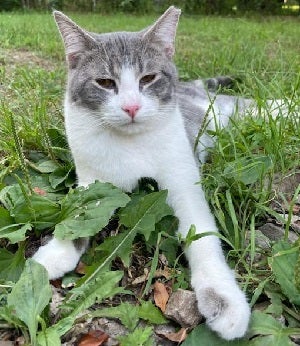 Shelters that are implementing humane, modern-day practices like managed intake, open adoptions and putting healthy cats back into the community, need community support to succeed. And we won’t get that support unless we make honest, open communication an intrinsic part of business as usual—not to mention, of course, putting in as much time as is necessary to cultivate advocates of new programs and policies.

Take the case of our community cat program (CCP). When we first launched this progressive change in the way we dealt with cats, we made sure to hold meetings for the public to hear about the program. We knew people would have opinions or assumptions that were incorrect, like that cats were going to be abandoned and would suffer an awful fate.

As a shelter, we were there to protect animals, so we had to explain how this new program fulfilled our promise to the community. In the past we were reluctant to do that because the staff felt like they were going to be crucified in one of these meetings.

This time, we explained that we were partnering with a national organization that was an expert on the impact of CCPs. We also talked about how we had visited other shelters to see the success of the program firsthand, and we presented the data that convinced us the CCP was the right program for our community. With this approach, we were able to bring many people along with us and gain an enthusiastic response—with the notable exception of the community TNR groups, that is.

I thought for sure the people who did TNR would be in lockstep with us. After all, these were the folks who have been asking for years why we were needlessly killing so many cats. The second they realized this program meant returning friendlies, however, it changed everything. It was chaotic and we were not prepared for that.

In hindsight, I realize that I had spent six months convincing PACC staff about how the CCP would save lives. And somehow, I thought I could bring the TNR folks along with little effort. Instead we had to back pedal and do some more work trying to engage this audience. The reality is that we could have one person complaining to the board of supervisors about their awful experience with the CCP and before you know it, a community of one million people and tens of thousands of cats would be negatively impacted.

Take the time to consider whether there is any truth in the complaints: Are people bringing up any valid concerns? What is informing the passion behind their frustrations? There are plenty of times when I've been frustrated by what is being said in public comment, but I realized perhaps they wouldn't feel this way if I would have been clearer in my communication and taken their concerns into account.

In the case of the CCP, did we convince everyone of the merits of the program? No, but we convinced some of them to stop rallying against it, and that was a win.

Get in front of government officials

Another situation that occurred during my tenure shined the light on the importance of cultivating and maintaining a rapport with government officials. In 2014, the residents of Pima County were presented with Proposition 415 authorizing the county to borrow up to $22 million in bonds to improve the shelter. The good news is that the voters approved it and the funds were used to create the gorgeous campus that exists today.

But it was an uphill climb because a few individuals convinced one member of the board of supervisors to take a hard and vocal stance against it. We knew that we wouldn’t get the bond measure to pass unless we could enlist our supporters to lobby the government official who opposed it and speak at public meetings.

If we want people to be good advocates, we need to arm them with the best information possible. 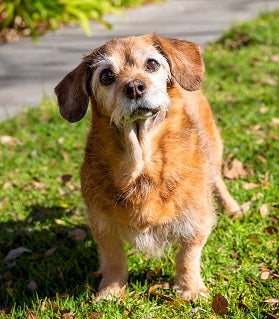 We worked with our volunteers to make sure they understood why we needed a new building, how it would help us operate more efficiently—and be a better use of tax dollars. (When in doubt, bring up any financial benefits with government officials.)

The truth is that politicians have so much to keep track of it’s not surprising they don't know how animal services operates. They just want complaints to go away.

We can use that to our benefit, however. I know if I were on the council, I would want to know people are happy with the way the shelter is working. That means it’s helpful for elected officials to hear from not just people who are upset about something but those who are supportive of the program. And they need to hear the good news about the shelter year-round—not just as a countermeasure when things get heated.

Above all, it’s important not to wait until there’s a crisis to work on rapport with the community. Do it when things are working well. Make that the way you naturally relate to the community, because inevitably someone will complain about something you are doing. If the public and government officials are regularly hearing about how you are benefitting them and their animals, that goes a long way to defusing future protestations.

Think about how you can position yourself to be a bright spot. I found when we started to really perform well as a shelter, the Board of Supervisors wanted to be attached to us because they saw that their constituency valued us.

I always make it a point not to get self-righteous about why people support the work of animal shelters. Their values don’t need to be exactly lined up with mine. They may want to support these kinds of programs because they care about the welfare and well-being of animals; they may be concerned about how euthanizing so many animals impact the shelter staff’s mental health; or their interest could be related to the best use of taxpayer dollars.

It’s enough if we're all swimming towards the same outcome of a kinder world for animals. There are 100 ways to save a life and we need all of them. The second we get myopic and think there's only one way to save an animal, we’re doing a disservice to ourselves and our mission.

The humility of leadership comes in when you step out of your own ego, and you open your shelter up to the community. It takes intention to do that and what better intention than creating an organization that inspires people to flood through the doors asking what they can do to help?

Never doubt that we will be able to withstand the blows of a few when we are serving the needs of the many in the best way we know how.