You Asked the Potential Adopter What?

It’s Time for Another Reality Check about Adoption Processes

Our mantra in this field is that we want people to save lives by adopting, not shopping, and we want all adopted animals to be in loving homes. So why do so many of us still make the adoption process about as much fun as doing your taxes or going in for a root canal?

I wish I could say I’m surprised to see the types of requirements still in place for prospective adopters these days, like multiple references (how hard do we think it is for someone to give us only the names of people who will provide glowing reviews?) and home checks (some groups use Google Earth to see if you really do have a six-foot-fence and no swimming pool), but I’m not.

I’m disappointed to see adoption policies that make value judgments based on whether someone is old enough to have a pet or too old to have one. Recently, I even stumbled over an online debate between rescue groups about whether it’s OK to ask someone if they are planning to have children soon. Or if they are currently pregnant. (Answer: No. It’s not OK.)

It’s not just that we are broadly overstepping by asking questions like this; we aren’t asking questions that people can realistically answer. Do I know that I’ll still have a job next year? I hope so. Do I know that I’ll still have a home and be in good health? I sure hope so, but I don’t have a crystal ball. What if you base your adoption decision on the Google Earth view of my home and I lose it next year? Well, that hasn’t quite worked as well as you planned, has it?

Toss Out the Worst-Case Scenario Rulebook 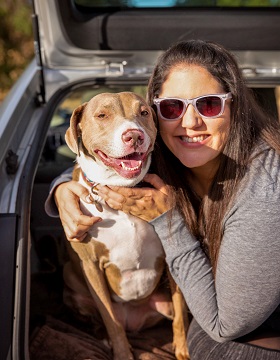 It’s natural and normal for us to want to protect the animals that are in our care. That’s a good thing. But we’ve gone about it the wrong way. We’ve historically used a strategy of “think about all the things that might go wrong and then write our screening policies based on that.” May I suggest instead that we examine the reasons why we are asking certain questions and learn how to use them instead as topics of conversation instead?

Take the swimming pool question. A lot of groups still ask whether people have a pool, and we know the reason is because we worry that a non-savvy dog will fall into that pool and drown. Perfectly legitimate concern.

Now imagine that I was approved to adopt a very non-savvy dog from your organization based on my “No” answer, but a few years later I was able to buy a home that does have a pool. Since we never even talked about pools, I didn’t get a chance to tell you it was my dream to own a home with an in-ground beauty someday. And you didn’t get the chance to explain how much this particular pooch just can’t resist a swim, and how to pet-proof that pool to keep him safe. That was definitely a missed opportunity.

Another example: cat adoption groups may use the declawing question to eliminate anyone who would consider this painful procedure for one of their cats, but not everyone knows what the word declawing even means. Most of us have encountered an applicant who thought it meant clipping the nails on a regular basis.

Relegating such an important issue to a passive Yes/No question on an application is another missed opportunity. Making it part of a conversation, on the other hand, gives your organization a chance to explain why you so strongly oppose it and share tips to keep cats from scratching up the couch.

And if you hate declawing so much, why not try to make it illegal in your community or state and help even more cats than just those who are part of your rescue work?

As for that pregnancy question, I never planned or expected to have kids so I would have answered “No” to that one. Then I met and married a man who had two children of his own. If I had adopted a dog assuming I would never have kids in my home, should I now return that dog since my life situation has changed? Did I miss the important counseling I could have received about pets and kids? I surely did.

Recognize that Returns aren’t the End of the World

As I’ve presented across the country on conversational, nonjudgmental adoption philosophies, I’ve regularly heard from folks saying they need strict adoption policies to prevent returns, so our tendency towards judgment doesn’t stop at the adoption process. Heaven help those poor souls who adopt from us and then have the nerve to return that animal to our organization days, weeks or even years later. Those folks might end up on a permanent “Do Not Adopt” list for returning an animal, and I still hear the occasional suggestion that such lists be made available to every shelter or rescue.

Life is unpredictable and there are many reasons why pets might no longer be a good fit in a particular home. If returning that pet is so awful, why do we insist on our applications that ALL pets be returned to us “in the event you can no longer care for them?” Talk about mixed messaging.

The truth is, it’s not awful. Those adopters just ended up being long-term fosters instead, which gives us an opportunity to learn more about how that dog or cat thrived (or didn’t) in the home.

While it is challenging to accept an animal with little notice, we must be able to accommodate the unexpected things that happen in life. Retail stores have clear policies around returns of their merchandise, and we should be just as clear about returns of our animals. Include a stipulation that you need a week’s notice if you must but prepare for returns in advance by having an arrangement with a boarding kennel or on-call foster parents. Planning for inconveniences sure has a way of making them less inconvenient once they happen.

Be Willing to Trust 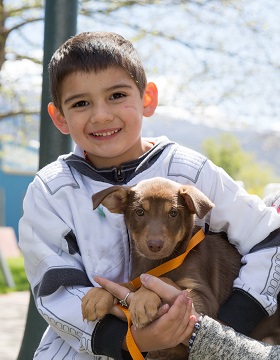 I want any animal that passes through my team’s hands to land in a happy, loving home with people who have resources to take care of them. I just know that the path to finding those people lies in having honest, open-ended conversations, not applications littered with trick questions. I know that because I spent years asking people those same questions.

Starting an interaction with a potential adopter by asking “How can I help you find a pet today?” is far more successful at achieving our goals than just sliding a clipboard with a multi-page application on it across the counter. It sets us up as partners in their search for a new family member, shows that we are interested in hearing what brought them to us, and establishes us as a trustworthy resource now and in the future.

Face it: most people come to our shelter or rescue organization because they love animals. They want to adopt from us. They’re excited about the chance to meet their new family member. The worst thing we can do is greet that enthusiasm with judgment and intrusive questions that reveal more about our fears than they do about how good a match this family is with the pet they’re interested in adopting.

The best thing we can do is inspire them to rescue, to empower them to save a life and to inform them with kindness about how to be the best pet parent they can be.

If we don’t stop eyeing people with suspicion before they even get through the doors, we’re going to need to come up with a new mantra. Because we can’t claim we want to see every animal in a home when we are doing everything we can to prove that many homes simply aren’t good enough.

Check out our Adoption Barrier Study, Adoptions Training Playbook, and Roadblock-free resources for more information on removing barriers to adoption.