The paradox of adopting out unaltered animals - continuing the conversation

There are 100,000 more pets in the care of shelters across the country than there were at this same time last year. It’s an overwhelming challenge and only exacerbated by the shortage of veterinary services.

In many communities, unsterilized animals are not allowed to go home with an adopter before the spay/neuter surgery. Unequivocally, Best Friends Animal Society supports the spaying and neutering of pets. But we also believe every healthy or treatable pet in shelters deserves a loving home.

Adopting unaltered animals is not something anyone wants to do. In an increasingly common scenario, shelters are forced to choose. Send an unfixed pet home with an adopter through the front door, or see that healthy or treatable pet leave through the back.

We spoke with the senior director of lifesaving centers for Best Friends, Sue Cosby, to talk more about this practice. 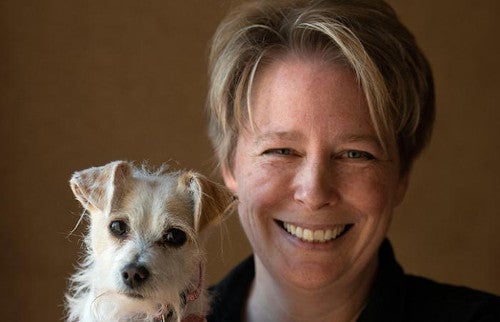 The goal to achieve no-kill nationwide by 2025 and Best Friends’ commitment to helping those organizations across the country with the greatest lifesaving need is what brought Susan Cosby to Best Friends. As the Senior Director of Lifesaving Centers, Sue provides leadership for Best Friends locations in multiple cities, from New York to Los Angeles and places in between, including the beloved sanctuary in Kanab, Utah, where she’s based.

Throughout her career, Sue has led organizations providing humane law enforcement; animal control; high-performing adoption, fostering and transfer programs; and high-volume sterilization clinics and full-service veterinary clinics. In her most recent position, she served as the Director of Lifesaving for the Petco Foundation, supporting grantmaking of $30 million annually and the national adoption program in Petco stores. In that role, she saw firsthand the incredible lifesaving progress being made across the country and was excited at the opportunity to once again use her animal sheltering knowledge to assist in that forward momentum.

Sue has nearly two decades of progressive animal sheltering experience. Prior to the Petco Foundation, Sue served as the Executive Director and founding employee of the Animal Care and Control Team of Philadelphia (ACCT Philly), which was an outgrowth of her management of animal control services in Philadelphia under two other contract providers. That included serving as the President and CEO of the Pennsylvania SPCA while they held the contract, and previously serving as Chief Operating Officer at the Philadelphia Animal Care and Control Association. In addition to municipal animal sheltering, her private sheltering experience includes serving as the Executive Director of the Animal Welfare Association in New Jersey.