The paradox of adopting out unaltered animals

An interview with Sue Cosby, senior director of lifesaving centers

Across the country, animal shelters and rescue groups are facing difficulties accessing veterinary services, including spay and neuter. It’s a nearly universal struggle that is slowing the placement of animals as groups wait until spay or neuter surgeries are complete before sending an adopted animal to a home. I sat down with Best Friends senior director of lifesaving centers Sue Cosby, who has worked in animal sheltering since 2000, to hear her perspective on releasing intact animals to adoptive homes.

Liz Finch: The topic of community-supported sheltering is coming up a lot lately, in fact you will be participating in an upcoming town hall on the topic. The practice focuses on trusting the public, which is why I wanted to talk with you about a current issue being considered to save more lives that relies on trusting the public: adopting out animals who are not spayed or neutered.

Sue Cosby: I touched on this previously in the editorial “Help! We just can’t keep up!” and I can say with confidence that I fully support this practice. That’s not just because it’s important right now, when greatly reduced access to veterinary services is backlogging surgeries, but because we’re always resource constrained and need to approach lifesaving challenges with a nuanced balance.

I should be very clear that Best Friends and I wholeheartedly support spaying and neutering as a critical lifesaving tool. But we also support removing barriers to adoption and when a lack of veterinary resources is preventing animals from going home, that’s a problem. 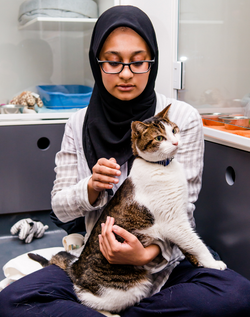 I support releasing animals prior to sterilization for several reasons but when it comes to our adopters, I know we can trust much of the public to get their animals altered. Every time pet owners have been surveyed, a high percentage of their animals are spayed or neutered – 80% or more on average, though cats are more frequently fixed than dogs. People place a high value on having animals who won’t produce kittens or puppies or exhibit the behaviors associated with intact pets, so they will return for surgery appointments or have it performed at their own veterinarian’s office.

What about the argument that this policy is irresponsible, that shelters shouldn't be adopting out animals that are going to breed and add to the problem?

When I worked in animal control I struggled to answer “how much spay and neuter do we need” to solve our intake situation, particularly for cats. As the CEO of an organization working in a large metropolitan area, we used a cat population estimator designed by a university’s shelter medicine department to extrapolate the number of cats that were potentially living as free-roaming cats. Based on the calculations, even in our city’s highest intake years that decade, we realized that perhaps fewer than 4% of the cats ever came through our doors. I was disheartened to learn we had very little control over whether most animals in our community are spayed or neutered and just how insurmountable the number of surgeries needed was.

It was eye-opening and, to be honest, deflating, but it led me to think more strategically about how we were using those limited veterinary resources. And it opened the door for me to realize we truly needed the public as our partner.

Rather than trying to assert control over the small percentage of animals coming through our doors, we could target our surgeries where needed and put a greater emphasis on building a community of support and trust.

In this time of reduced vet access, do you recommend that shelters just release all their animals unaltered and then stagger the surgery slots they do have for adopters to come back with the dog or cat they adopted? 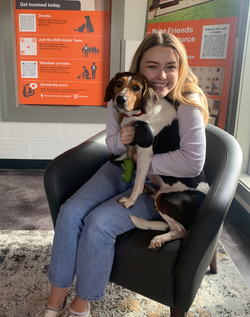 I’d like to stress it doesn’t have to be an all-or-nothing situation and I think that’s what makes people nervous. Sterilization surgeries are still a key tool for saving pets’ lives, however an organization with limited surgery capacity might consider strategies such as kittens and puppies can leave without being altered because they have some time before they can get pregnant. Or if your organization easily saves the lives of small dogs through transfers or adoptions and your surgery slots are limited, allow small dogs to return for surgery later. Even if the worst-case scenario happens and a litter is born, those are not the dogs you have difficulty placing when they come into the shelter.

Some areas aren’t seeing puppies come in the shelter anymore and when the rare litter enters the shelter people are lining up for them. In those areas an organization might consider throwing the majority of their spay and neuter resources into cats, particularly free-roaming cats for whom this visit to the shelter may be the one opportunity to prevent future litters. The strategies will be different for every community, but every community has the potential to develop a smart strategy.

What about areas that have ordinances prohibiting releasing animals that are not spayed or neutered?

Those ordinances made a lot of sense when more than 17 million animals were losing their lives in shelters, but times are far different now. It’s time for us to consider laser-focused rather than one-size-fits-all strategies.

I believe those ordinances should be revisited to give shelters some flexibility, especially in difficult times like these. In some cases, there is already relief built into the ordinance with the flexibility to provide vouchers or return later that a shelter may not be taking advantage of (and should). Where those options aren’t available, organizations are working around them with strategies like placing them in a home as a foster-to-adopt. That’s a huge indication it’s time for ordinances to evolve.

And if a community is hesitant about removing an ordinance, instead of just thinking this is what we're going to do forever, how about giving the flexibility for shelters to have options during times of extreme stress (like right now) and then measure the results? Any community temporarily suspending a sterilization-prior-to-adoption ordinance can use this moment in time as a pilot project and measure how many animals were not spayed or neutered because of the change. Was it significant? Was it a success or could systems have been a little bit better? Every community can make better decisions with data.

Some shelters that are doing this might be afraid to talk about it because they don't want it to be common knowledge. Should they be? 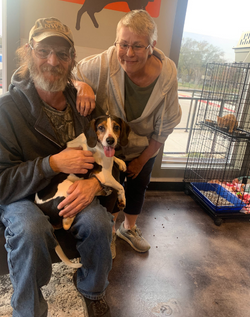 I'm not going to say it’s the wrong attitude to have about this because there are people out there ready to jump on shelters given a chance. I don't want to tell anyone to expose their lifesaving programs to criticism without explaining to the public why it’s the right thing to do and subsequently having the data in hand to show that it works.

If an organization chooses to trust the public and talk about their more nuanced approach, they can be more efficient at getting pets into homes, change their own community and set an example for other organizations that are afraid of making this smart change. If they decide not to talk about it, I understand that feeling but I would encourage them to establish a strategy to begin these conversations with their community and elected officials. We all need to evolve.

Do you have any suggestions for how they should talk about it?

Changing the perspective is difficult, both from a personal perspective and from the perspective of an industry that has embraced surgeries as such a critical part of achieving success. I’ll admit it was hard for me.

We’ve done a great job at getting the message across that spay and neuter surgeries are crucial to lifesaving success – and the truth is they still are.

Organizations should be prepared to have vocal advocates who won’t understand a more nuanced way of thinking about sterilization. An organization’s leaders should be able to clearly explain to stakeholders in the community how they have limited resources, how they are targeting those limited resources to the animal populations that need it the most, and ultimately that they are monitoring the program going forward to ensure success.

We are in a time when our discussions around lifesaving are more nuanced than they’ve ever been, but the bottom line is the same. With every new policy or process we try, we must make sure our decisions ultimately achieve the greater goal that we all have, which is that fewer animals need to come into shelters and more animals get out as quickly as possible into the arms of people who love them. I firmly believe removing barriers to rapid adoption achieves that goal.

Sue, Scott Giacoppo and Laura Donahue will participate in the town hall “Community-supported sheltering: Aligning all stakeholders in the welfare of animals in your community” on Thursday, January 27th. They will discuss how community-supported sheltering is not just “the latest trend;” it’s a natural progression for shelters and communities that want to reach no-kill. Best Friends staff will address confusion around the movement and discuss the powerful intersection when the roles of the shelter, field services, government and the public come together to support the welfare of animals in a community.

Check out the Community-Supported Sheltering: Aligning all stakeholders in the welfare of animals in your community town hall here.