The journey for El Paso, Texas, towards becoming a no-kill community is a familiar one - mostly.

In 2013, only one in four pets that entered the shelter made it out alive. A public outcry led elected officials to support a plan to reform the city's animal services department. The municipality brought new leadership on board, and the mandate was clear; get El Paso to a 90% save rate.

Changes were made, such as implementing new shelter policies and procedures, and a shift in the city's organizational chart was approved, putting the animal services department under the fire department.

But, wait, did you say fire department? Unconventional? Yes. But it will make complete sense when you hear why.

That dynamic problem-solving has been a massive key to El Paso's success. Thanks to visionary leadership and a pet-loving community that won't rest until every life is saved, El Paso is quickly becoming known as one of the country's most innovative animal shelters. 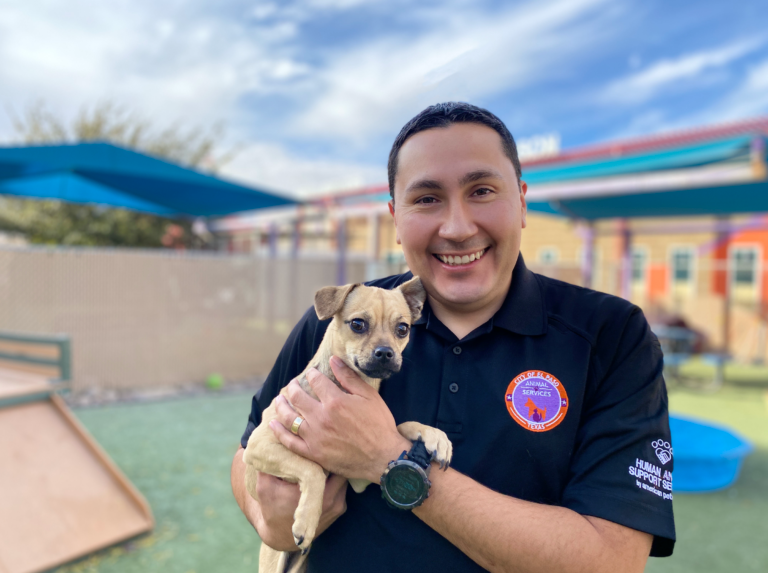 Ramon Herrera has served the City for nearly a decade in various key roles, most notably as a member of the Shelter Reform Taskforce that implemented departmental changes leading to Animal Services’ success since 2017. With his role as Marketing and Public Engagement Manager and a member of the Taskforce, his leadership has resulted in increased adoptions, reduction in disease exposure, and enhanced community engagement. Ramon Herrera was appointed as Interim Director in January 2021. 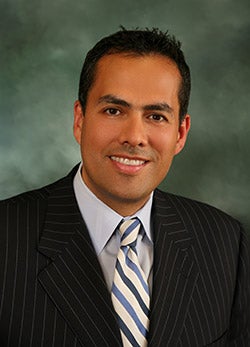 Tommy Gonzalez was appointed City Manager of El Paso, Texas, in June 2014. As City Manager, Mr. Gonzalez leads the 21st largest city in the United States. Mr. Gonzalez is a results-oriented, strategic leader with approximately three decades of management experience in the public sector; and some experience in the private sector. Currently, he oversees a budget of approximately $1 billion in operations and $1 billion in capital expenditures; while leading more than 6,000 employees.

In 2019 and again in 2020, Mr. Gonzalez led his team in making national history, as the City of El Paso became the largest municipality to earn the Texas Award for Performance Excellence from the Texas Quality Foundation for two consecutive years. The City also won the All-America City (AAC) Award in 2018 and 2020, and 2021; and was named an AAC finalist four years in a row. Under Mr. Gonzalez’s leadership, the City of El Paso achieved $160 million in cost savings. He has revamped the City’s budgeting process by reducing cycle time from four months to a one-day budget session. He did this by having year-round discussions on the budget during each council meeting, better informing the public and the city council on important budget matters in real time.

Mr. Gonzalez has further strengthened El Paso’s financial stability by eliminating a $7.8 million deficit, doubling the fund balance by increasing it by more than $41.6 million, and assembling a team to achieve zero audit findings for five consecutive years. Aside from this financial turnaround, under Mr. Gonzalez’s tenure, the City now provides year-end reporting to the City Council, has had six consecutive years of General Fund surplus; all leading to maintaining the city’s double AA financial rating.

In addition to his strong financial stewardship, Mr. Gonzalez has extensive experience in quality and performance excellence initiatives. He serves as an expert resource on transformational change within organizations. Mr. Gonzalez received national recognition when awarded the 2019 Baldrige Foundation Leadership Excellence Award in the Government sector by the Malcom Baldrige Foundation in Washington, D.C. The award recognizes role-model leaders in their field. Mr. Gonzalez also received the 2019 United States-Mexico Chamber of Commerce Border City Leadership Award. He received this recognition for his leadership and commitment for growing a dynamic economic development that El Paso has experienced in recent years, which has improved job growth and wage increases, while maintaining healthy public finances and ongoing partnerships with Mexican public and private sector entities; making the El Paso-Juarez region a top trade location in North America.

Mr. Gonzalez is also working with community partners by sharing best practices, the Baldrige-based framework, and public engagement strategies with local school districts, the county hospital, a private hospital, county administration, the housing authority, and other nonprofit groups through the Communities of Excellence framework. The Communities of Excellence program is designed to serve multiple organizations by improving El Paso’s quality of life, healthcare, and education. During fiscal year 2019, approximately 400 students were trained on the City’s budget resulting in a final presentation by 10 students to the City Council on the City’s $1 billion budget. This program is again being launched across all school districts in El Paso.

In an unprecedented and history making move, in June 2021, Mr. Gonzalez was asked to serve a third term as chair of the Quality Texas Foundation Board of Directors. In April 2019, Texas Gov. Greg Abbott reappointed Mr. Gonzalez to the Risk Management Board for a term expiring in February 2023. He also serves as a member of the Governing Texas Advisory Board, U.S. Global Leadership Texas Advisory Board, Association of the United States Army, and the 2026 Communities of Excellence National Board

Prior to working in El Paso, Mr. Gonzalez served as City Manager in the City of Irving, Texas. Under his leadership, the City of Irving earned the Texas Award for Performance Excellence from the Texas Quality Foundation. The City of Irving also won the Malcolm Baldrige National Quality Award; the nation’s highest Presidential honor for performance excellence. Mr. Gonzalez retired as a Lieutenant Colonel after serving 22 years in the U.S. Army. He holds a Masters of Public Administration degree from Texas Tech University in Lubbock, Texas, and a Bachelor of Science degree from Eastern New Mexico University in Portales, New Mexico. He received the Eastern New Mexico University's Outstanding Alumni Award and the Texas Tech Distinguished Alumni Award. He is a certified Lean Six Sigma Black Belt from the University of Texas in Austin.