During this year's Best Friends National Conference in Raleigh, North Carolina, we interviewed several industry leaders for the podcast. This week we're sharing the conversation we had with Alexis Pugh, the director of Memphis Animal Services.

We talk about the state of animal welfare in Southwest Tennessee during this challenging time in the industry and what they're doing to meet the needs of people and pets in the community. 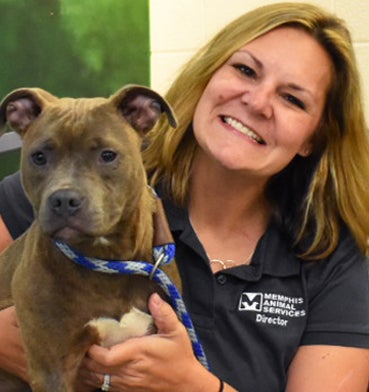 Since June 2016, Alexis Pugh has been the director of Memphis Animal Services (MAS), the city of Memphis’ municipal animal shelter and animal control agency. Prior to her appointment to MAS by Mayor Jim Strickland, Alexis served as executive director for first the Humane Society of Memphis & Shelby County and then Mid-south Spay & Neuter Services (now Spay Memphis), leading both organizations to record-setting service levels.

She has continued that record setting in her role at MAS with her team’s efforts to improve the save rate or percentage of animals saved versus euthanized. MAS has not euthanized a healthy, adoptable cat, small dog or puppy in more than five years or a large adult dog in over a year. In 2019 and 2020, the shelter saved nearly 90% of the pets in its care. Ten years ago, the save rate was at just 19%.

Alexis lives with her rescue dog, Wilma, and shelter cat, Rock Star, and her husband, Wes, and six-year-old daughter, Marley.