As we begin the final preparations for the 2022 Best Friends National Conference happening next week, we sit down with one of this year’s speakers, the director of lifesaving centers for the east region, Fraily Rodriguez.

Fraily started in animal welfare with the Pet Alliance of Greater Orlando in 2006. Over the next 15 years, he did just about everything there is to do in this field, going on to become the COO of the organization, where he was able to dramatically reduce intakes into the organization’s two shelters by implementing programs to keep people and pets together. He’s passionate, intelligent, funny, eternally upbeat, and just an all-around great guy!

Learn more about this innovative animal welfare leader, hear what Fraily loves the most about the work, and what he would do if he could change anything with the snap of his fingers. 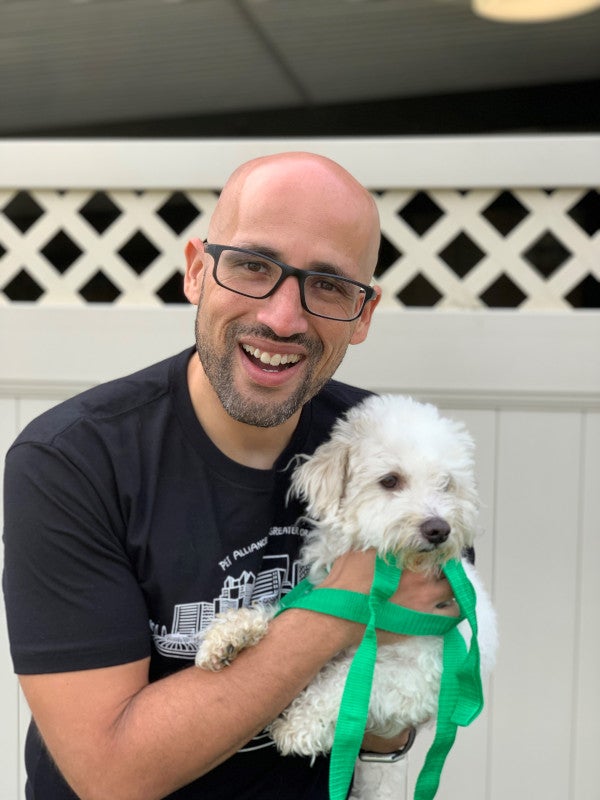 Fraily Rodriguez is currently the director of lifesaving centers (east) for Best Friends Animal Society and oversees Best Friends’ East Coast Corridor between Atlanta and New York as well as its Houston center. In this role, he works with our center teams on everything from transport, fosters, adoptions and community-supported sheltering, but most important of all, working with strategic shelter partners in achieving lifesaving.

Prior to joining Best Friends, Fraily was the chief operating officer for the Pet Alliance of Greater Orlando. While working close to 15 years at the Pet Alliance, he worked in every aspect of animal welfare. He oversaw the operations for an agency with two shelters, three veterinary clinics and a customer care center, as well as the outreach to the Greater Orlando community. During his tenure as COO, Pet Alliance of Greater Orlando reduced intakes, increased adoptions, provided low-cost spay/neuter to more than 10,000 animals per year and collaborated with local partners to increase lifesaving in the region. He is a seasoned professional with more than 20 years of experience in business, operations, community education, finance and nonprofit management.

One of his greatest accomplishments is being chair for the Westside Tech Veterinary Advisory board for more than 10 years and having the privilege to introduce animal welfare to a new generation of students who have never even thought of it being a career. He lives in Clermont, Florida, with his wife, Brooke Rodriguez, and their five kids: Matthew, David, Kylie, Sophia and Coco Channel (adopted from the Pet Alliance).