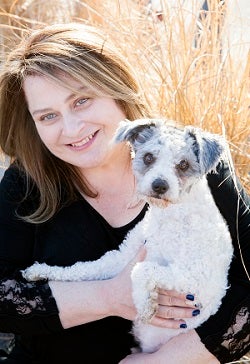 One of two Mountain West regional strategists, Tracy was most recently the No-kill Utah (NKUT) Coalition specialist for Best Friends – Utah utilizing one-on-one consultations, educational events, networking, transports, and grant opportunities, she worked to build the capacity of our partners as we work toward our no-kill goal. Tracy will continue working with the coalition while also engaging our partners in the Mountain West with an eye toward no-kill 2025.

Since leaving the corporate world in 2000, Tracy has worked within the nonprofit community for more than 19 years, 15 of which have been with Best Friends Animal Society, first as the Volunteer Director for No More Homeless Pets in Utah managing a team of 500 active volunteers, and later as the Best Friends national volunteer manager which included consulting the program cities of Los Angeles, New York, and Salt Lake City on volunteer recruitment, training, retention, and leadership. Additionally, her role as Best Friends’ volunteer manager, Tracy assisted in the strategy and launch of Best Friends’ Mission Hills Shelter in Los Angeles. This experience was invaluable when she then took on the role of the No More Homeless Pets Coalition manager and participated in the launch of the NKUT Initiative and conversion of the No More Homeless Pets Coalition into the NKUT Coalition.

Between leaving No More Homeless Pets in Utah and returning to Best Friends Animal Society, Tracy was the Salt Lake City Affiliate Manager for Susan G. Komen. As their first paid staff member Tracy worked closely with the local volunteer board of directors along with the national Komen team. Here she learned the keys to produce a Race for the Cure event, known as the nation’s largest 5K fundraising run/walk in the country. During her management, the SLC Race for the Cure increased it’s fundraising from $500,000 to $750,000. While at Komen, Tracy also oversaw the granting of more than $2,000,000 for breast cancer programs across Utah. While at Komen she gained additional skills in development, strategic planning, conflict resolution, marketing, PR, brand management, event planning, and board development.

Tracy didn’t completely leave the animal welfare world while working at Susan G. Komen. Due to her new event management skills, she was contracted by No More Homeless Pets in Utah to direct the SLC Strut Your Mutt – a fundraising dog walk. Tracy, along with a small staff and a volunteer committee increased event participation by 50% and fundraising by 60%. The model created by Tracy and her team was used when Best Friends expanded Strut Your Mutt into a national event benefiting Network Partners.

Tracy has also served on the board of directors of Wildlife S.O.S.’s United States branch focusing on fundraising to save India’s elephants, sloth bears, tigers, and more endangered and abused wildlife.