The National Feline Research Council Puts Facts at Your Fingertips

We know that they key to lifesaving for cats in shelters is to change the approach we’ve taken for decades and to focus on managing healthy, free-roaming cats via RTF/TNR. But when it comes to such programs—indeed, to the very definition of a “feral” cat—there’s a lot of misinformation out there. We frequently hear from Network partners experiencing pushback from somebody who’s skeptical of the concept of community cats—an elected official, a resident, or even members of their own staff. Personally, I spent several years as Best Friends’ national director of community cat programs running into those very same brick walls.

While I wish I could say that this kind of misinformation and pushback were on the way out, I’m not sure that’s the case. Thankfully, there is a powerful new tool available to combat them. The National Feline Research Council (NFRC) aims to take much of the hard work out of myth-busting by making sound science around community cats available in one place. 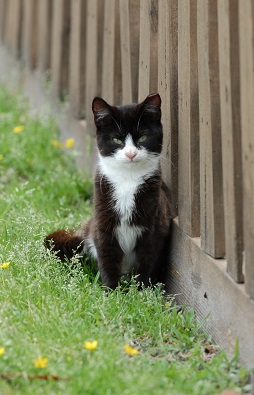 “Obviously, it’s much easier to discuss the issues—and craft evidence-based policy—if everybody involved is starting with the same set of facts,” says Peter Wolf, research/policy analyst for Best Friends and ex officio member of the NFRC advisory board. “The materials on the website come from numerous peer-reviewed science articles, whose information is broken down into a handful of key takeaways relevant to the media and policymakers—audiences who may be interested in the issue but not necessarily very familiar with it.”

The content is curated with the help of an advisory board whose members have extensive experience relevant to the issues, including published research and conference presentations on topics related to community cats.

“We each see the topic through different lenses, a critical aspect of this collaborative effort that’s reflected in the materials we produce,” Peter says. “The range of academic degrees represented says a lot about our commitment to considering a broad range of perspectives, including veterinary medicine, wildlife biology and animal law. Of the two veterinarians on the board, one holds a degree in public health while the other vet holds a degree in clinical epidemiology.”

The latter vet, Rachael Kreisler, VMD, MSCE, DACVPM (Epidemiology), is an Associate Professor of Shelter Medicine and Epidemiology at Midwestern University’s College of Veterinary Medicine in Glendale, AZ. She was drawn to NFRC because of the opportunity it gave her to help provide both pragmatic and rigorous scientific research to those directly working on managing free-roaming cats.

“Research is only useful if it reaches the people who are on the ground making decisions and implementing programs,” says Rachael, who frequently consults with shelters that want to implement or increase RTF/TNR programming. “I wanted to ensure that the people on the front lines had the evidence they need to build and sustain humane communities, and NFRC synthesizes the existing research into a form that is highly accessible to people who may not spend most of their time thinking about research or community cat management.”

The information on the site is split into several sections: Fast Facts, Issues Briefs and Research Snapshots. Fast Facts feature brief responses to commonly asked questions, like “how many cats can two unsterilized cats produce?” Though a frequently cited answer to this query is that two unsterilized cats and their offspring can produce 420,000 cats in seven years, that’s a gross exaggeration.

In reality, a pair of unaltered cats who begin breeding at six months and produce an average of 1.5 litters annually, with an average of four kittens per litter create anywhere from 100 to 5,000 cats in seven years. Not as jaw-dropping a figure as 420,000, but still a number capable of illustrating the need for RTF/TNR.

The Issue Briefs and Research Snapshots are deeper dives into common concerns about managing free-roaming cats, touching on such common topics as the health and welfare of such cats, public opinion about RTF/TNR, and the impact of outdoor cats on wildlife. 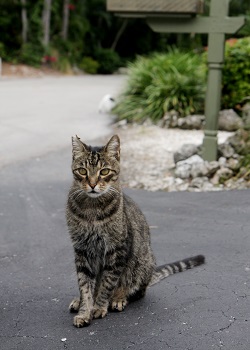 “There is a lot of valuable data here to support the argument for specific actions around community cats,” Rachael says. For example, the research highlighted in these sections can arm a shelter with real data to combat the myth that free-roaming cats will infect people with rabies. In fact, cats are rarely a source of rabies in humans. Research shows that, of the 115 documented cases of human rabies that occurred in the U.S. between 1975 and 2018, only one case was linked to a bite from a cat.

Furthermore, it’s important to have as many cats as possible vaccinated against rabies to reduce the risk of transmission as much as possible—and free-roaming cats are unlikely to be vaccinated outside of an RTF/TNR program.

“If you’re more worried about cat health,” Rachael, “it’s important to note that cats who are sterilized are fighting and mating less and thus are less likely to become infected by or transmit FIV. And there would be no vertical transmission of FeLV from mom to her kittens if no kittens are being born. We also know that sterilized cats, both pets and free-roaming, live longer.”

There is also plenty of material on the site showing municipal support for community cat programs, which can be invaluable to shelters presenting their case for RTF/TNR to communities and legislators.

“For example, if a municipality is considering a feeding ban, there is an Issue Brief to help partners understand why communities consider feeding bans, and scientific evidence that counters these concerns,” Rachael says. “There is also a great brief on public opinion on managing stray cats that can help guide policy and decision makers.”

There is little doubt that the issue of humane management of free-roaming cats is complex and involves multiple stakeholders. As a companion animal species somewhere on the continuum between pets and wildlife, issues can vary from concern for the welfare of the cats themselves, potential threats to people and public health, or perceived threats to other animals. But we have the data available about proven strategies for managing cats around all these concerns, and NFRC is putting it in one place for ease of access to those advocating for such programs.

“Whether you love them or hate them, free-roaming cats are already a part of our ecosystem,” Rachael says. “Nobody would claim that RTF/TNR is the perfect tool to address the concerns surrounding free-roaming cats, but I think that we have a large body of evidence accumulated over decades to show that it is the most practical tool in our arsenal.

“Even as someone who studies free-roaming cats, I have learned of new research through my association with NFRC,” she continues. “It is truly a comprehensive one-stop resource for addressing the most important free-roaming cat issues from an evidence basis.”

To receive regular updates about new content on NFRC, sign up here. If you wish to provide feedback about the site, email Peter Wolf at peterw@bestfriends.org.