It's the 50th episode of The Best Friends Podcast!

To celebrate the milestone, we sat down with one of the co-founders of Best Friends, Francis Battista. His contributions to the organization are vast, from his discovery in the 1980s of the land for sale, which now is the sanctuary in Southern Utah, to helping develop much of the outreach work that's integral to reaching the Best Friends goal of No-Kill 2025. He is still involved in many areas of the organization, most notably as the board of directors' current chairman.

Along with his wife Silva, Francis built relationships and programs in Los Angeles that laid the foundation for the groundbreaking partnership with Los Angeles Animal Services. That foundation was also critical to the successful launch of No-Kill Los Angeles (NKLA), a coalition of more than 100 rescue groups and shelters working together to make the entire city of L.A. no-kill. He was integral to some of the most notable and transformative projects in Best Friends history, including the response to Hurricane Katrina and saving the dogs from the Michael Vick dogfighting case.

Our conversation ranged from what it took to make Best Friends what it is today, his thoughts on the no-kill movement, and why data, measurement, and partnerships are the keys to lifesaving success. 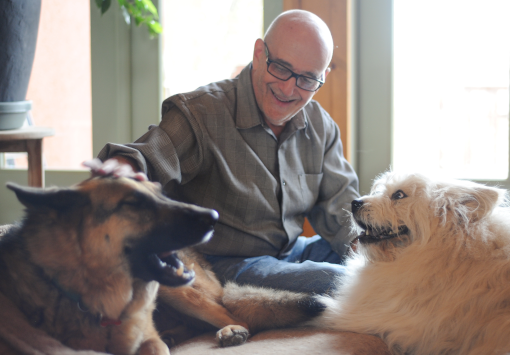 Francis Battista is co-founder of Best Friends Animal Society, and today, considered to be one of the foremost thought leaders in animal welfare. Born in 1945 and raised in the New York City metropolitan area, Francis has always been in the company of pets. He studied engineering and physics at NYU and SUNY Albany and started his career working in the family real estate business. In the late 1960s, the calling to discover a more purposeful life led Francis on a journey through the U.S., England and Canada with a group of friends, some of whom would become the other co-founders of Best Friends Animal Society. Understanding that kindness towards all — animals and humans — is fundamental to a spiritual life, Francis and his friends devoted their energies to healing our collective relationship with animals, beginning with the challenge to end killing companion animals as a method of population control.

Today Francis takes his crusade to the blogosphere and live speaking appearances. He is a prolific blogger for Best Friends and on the Huffington Post, as well as in animal welfare publications. He gave a TED Talk at TEDx Reno in 2014 and was a presenter at the 2014 Innovation Excellence Cities Tour in New York City and Boston.