In 2018, Abilene Animal Services (AAS) had a 55% save rate. That put them at 27th on the list of shelters nationwide most in need of help. The community wanted the shelter to succeed and the city’s elected officials took action.

In May, Abilene’s City Council passed a resolution that approved Best Friends to take on the role of Animal Services Director. The City of Abilene officially became the latest community to join the Shelter Embed Program. This unique approach to public-private partnerships has already proven successful in other communities, including Edinburg, Texas, where Palm Valley Animal Society’s save rate increased from 34% to almost 90% in two years.

This week we chatted with AAS Supervisor, Jacqueline Hernández, National Embed Program Specialist for Best Friends, Jen Adkins, who is helping AAS save cats through a community cats program, and Mike Bricker, the Director of Embed Operations for Best Friends who has taken on the role as the new director at AAS. 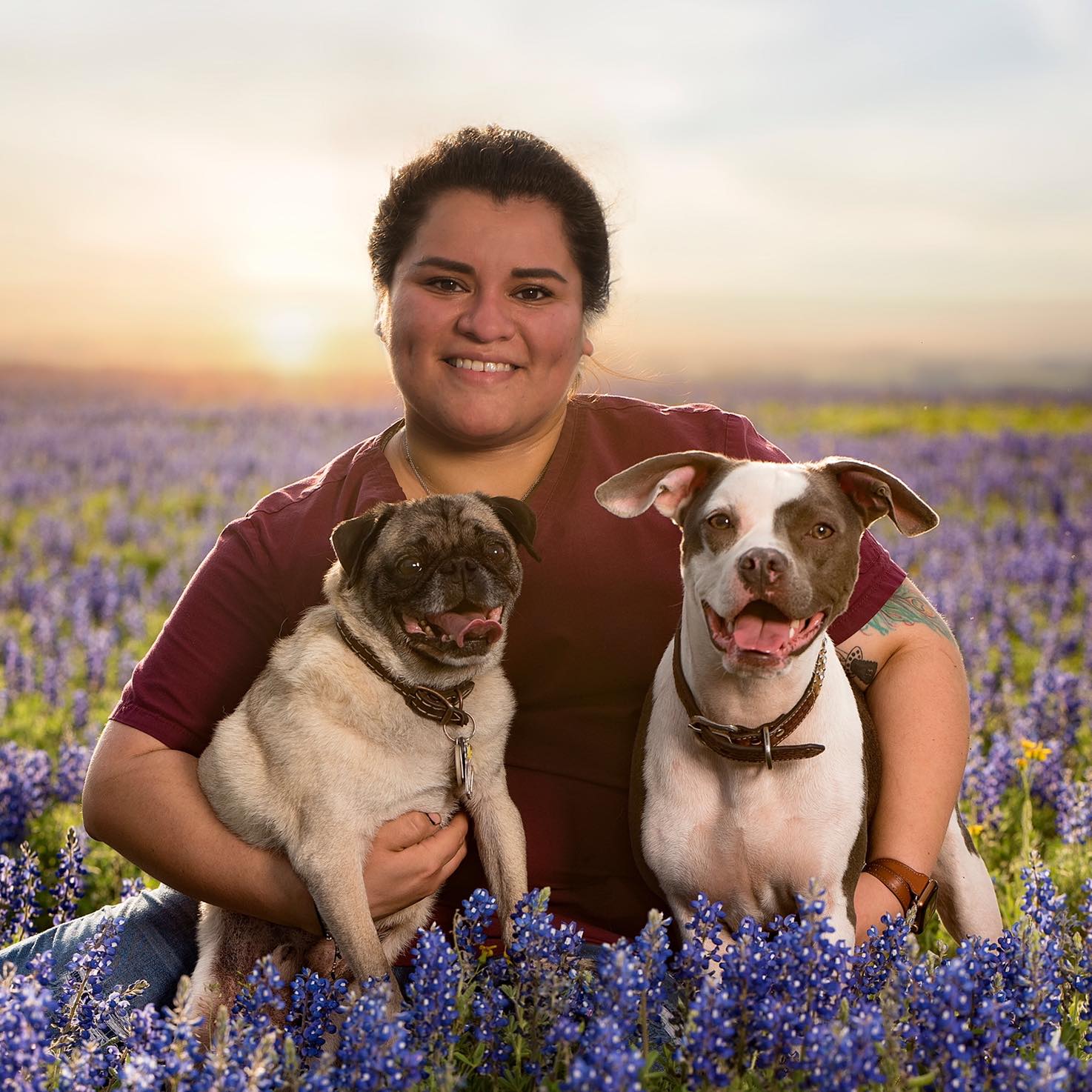 Jacqueline was born and raised in a small South Texas Bordertown, was introduced to the importance of volunteering for the only animal shelter in her city, at a young age. Her family often rescued animals from their shelter. After years of volunteering with her local shelter, at the age of 15, she started working as a kennel technician at the shelter, where the live outcome for animals was less than 10%.

Because of all the animals in need of help at her local shelter, Jacqueline hoped to be a shelter veterinarian but found her passion to be educating the community on animal welfare, and on positive outcomes for shelter animals. She has worked in animal shelters throughout Texas and some of Canada in her career. With 15 years of experience in animal welfare and shelter medicine, it's safe to say she's found her passion in life. You can often find her in the kennels capturing pictures of animals in need of placement, trying to coordinate transports, or conversing with a volunteer.

Her goal is to help other struggling animal shelters achieve their live-release goals, recruit and retain volunteers for their community, and help shelter network transports to receiving animal shelters. When not at the shelter, she enjoys spending time outdoors with her partner, their newborn daughter, and their “wild bunch” consisting of 8 dogs and 4 cats. 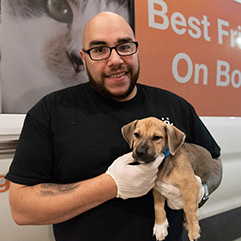 Coming on board with Best Friends in 2018, Mike took on the monumental task of being the first ever employee deployed to a community as part of the embed program. With the charge of writing a new lifesaving chapter for companion animals in the Rio Grande Valley of Texas, Mike helped close the largest lifesaving gap (the difference between the current save rate and the no-kill threshold of a 90% save rate) in the nation. After his success leading the Palm Valley Animal Society in Edinburg, he took on the another role as an embedded employee. This time roughly 500 miles away at Abilene Animal Services.

A New Jersey native, Mike started his career in animal welfare in 2014, working for Camden County Animal Shelter (CCAS). As Director of Operations, he was handed the responsibility of running the shelter’s day-to-day operations and ensuring that the animals at CCAS received first-class care and treatment. One of Mike's first initiatives was to rewrite the shelter’s adoption policies in order to remove unnecessary barriers between pets and adopters. He helped to create a Lifesaving Department, launch CCAS’s community cat program, pioneer the Rent-A-Dog program and modernize the shelter’s medical operations. These changes helped CCAS achieve and surpass the no-kill benchmark of a 90% save rate. 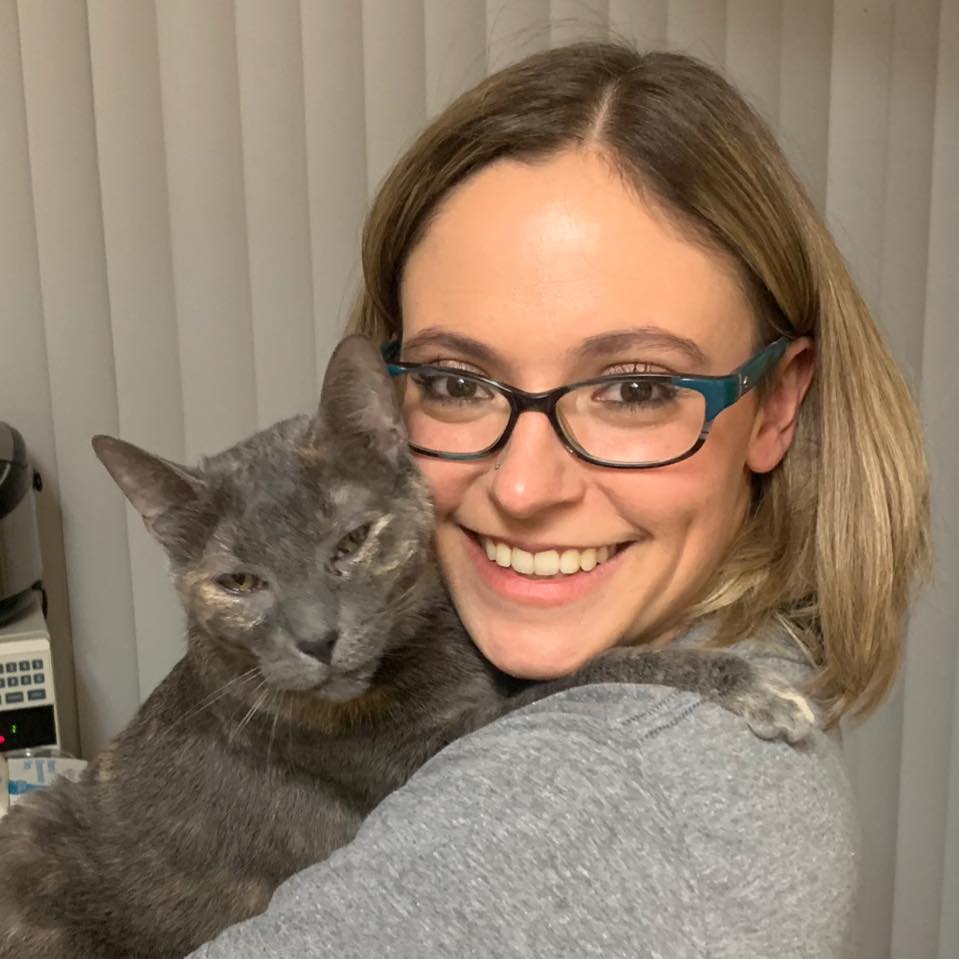 Jennifer Adkins is an Idaho native and a passionate cat advocate. A “cat lady” since the age of 7, she adopted her first cat from the Idaho Humane Society (IHS), where she eventually began working as animal care attendant in 2013.

Jen wore many hats during her years at IHS, from veterinary assisting to serving as the Community Cat Program Coordinator - a position that was originally funded by Best Friends. Jen now works as a National Embed Program Specialist for Best Friends Animal Society. Jen is passionate about working with shelters to strengthen relationships with their communities while increasing their lifesaving capacities.

Jen lives in Boise, Idaho with her husband John and their clowder of cats.