Emergency Planning for Pets and People

Right now we are getting hit with some of the worst wildfires and hurricanes in recorded history. There’s civil unrest nationwide, the economy is on the brink, and of course, the pandemic has turned our lives upside down.

We must be prepared to respond to emergencies - meteorological or otherwise - so that we can help pets and the people who love them.

Louisiana has been battered by storms over the last few weeks. To learn more about the situation we check in with Acadiana Animal Aid, an organization playing its usual leadership role in the Gulf Coast region. And Sharon Hawa, the Senior Manager of Emergency Response for Best Friends, gives some perspective on the state of the world along with some tips on how you can be prepared for whatever comes your way.

Does your organization have the capacity to find positive outcomes for animals from hurricane ravaged Louisiana? Email podcast@bestfriends.org and we can help make that happen! 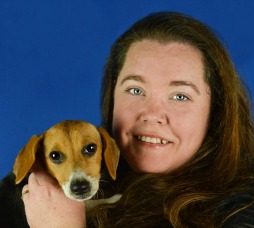 Jamie Clark found herself working in animal welfare by accident. The local municipal shelter had a large influx of animals from a cruelty case. After seeing a plea for help on the local news, she lent a hand, driving to a rural shelter in St. Martin Parish. She was expecting to leave with one foster dog - but instead headed home with ten newborn bottle babies. That experience, she says, changed not only her career path but her entire life.

She began volunteering with St. Martin Humane Society, first as a foster parent, later accepting an offer to join the board of directors, a position she held for three years. She then set out to create and grow a transport program for South Central Louisiana. In 2013, she joined Acadiana Animal Aid (known then as Lafayette Animal Aid) in 2013 as the adoption coordinator before shifting her focus to transport. Jamie is proud of the transport program she’s helped establish, knowing how many lives have been saved through the partnerships created from coast-to-coast.

Jamie and her husband Jamie (yes, that is correct) have two children, Alex, 19, and AbbyGayle, 12. Along with a never-ending rotation of foster animals, they share their home with their two dogs Kai and Lucy, and two cats, Si and Bethany. 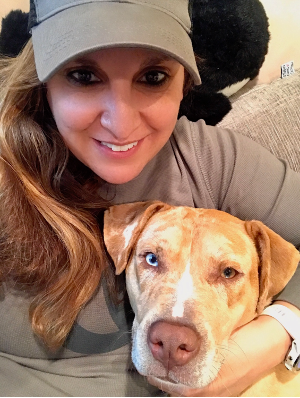 As the senior manager of emergency response, Sharon is responsible for enhancing Best Friends’ capacity and capability to respond to disasters throughout the country. Sharon has extensive knowledge of disaster planning and operations management, coordinating response efforts, and training large workforces. Her knowledge and experience in the field of emergency management span over 18 years.

Sharon started her career as a volunteer with the American Red Cross in New York City following the tragedies of 9/11/2001. She knew immediately that emergency management was the career path for her. She spent the next two decades in various roles at various agencies, planning for and responding to disasters both domestically and internationally, providing care to displaced individuals and often their four-legged family members. Sharon worked for Red Cross disaster response units in New York and Washington D.C., where she supported critical emergency services - sheltering, mass feeding, the distribution of bulk relief items, and reunification information for the entire country. She also worked for the New York City Office of Emergency Management as a Human Services Planner and as the manager of emergency preparedness and response for the National Center for Missing & Exploited Children.

During the response for Hurricane Gustav in 2008, Sharon managed a mega-shelter in Alexandria, Louisiana, which at the peak had more than 3,000 evacuees and several hundred animals in a co-located pet shelter facility. It was there that she decided she would combine her passion for emergency management with her passion for animal welfare. Sharon and her partner Max are avid outdoor people who enjoy hiking, camping, kayaking, and rock scrambling/climbing adventures. They completed their first summit on Half Dome, an 8,839’ peak in California’s Yosemite National Park in September 2018, and have their eyes set on more. Sharon is rescued by her dog, Juno.