We’re all in this together: Working with, not against, unions

Thanks to this month’s historic vote by Amazon employees to unionize, the labor movement has been in the news a lot lately. Unions have long roots in American culture. The first stirrings toward unionizing occurred in 1768 when New York journeymen tailors protested a wage reduction, and by 1794 the Federal Society of Journeymen Cordwainers (shoemakers) in Philadelphia formed the first official union.

Within 100 years, frustrated workers were regularly organizing unions to better their pay, create safer working environments, gain health and injury benefits, and put an end to the loathsome child labor industry. But it can be tricky for employers to manage union staff, and companies may resent having a third party involved in the business of, well, running their business.

If you happen to be in a leadership role at a municipal shelter where there are unionized staff, it doesn’t matter whether you are pro- or anti-union. What does matter is knowing how to work in tandem with unions rather than against them.

The building blocks of a good working relationship

Previous to her career with Best Friends, Tawny served as director of Fairfax County Animal Shelter (FCAS) in Virginia and chief of animal services for the city of Austin, Texas. In both cities, she inherited departments that were fearful of unions and who saw them  as something to fear and stay away from.

“That mindset was not helpful in working toward change,” says Tawny, who had an edge when it came to moving those relationships onto solid footing because she hails from a union family. “My dad was in a union as a police officer in Skokie, Illinois; I respect and support unions. I strongly believe that you can hit the reset button with them and start over.” 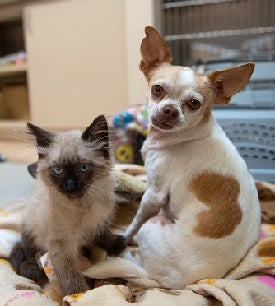 Tawny hit the reset button in several ways: by making it a priority to meet with the union reps, joining the municipality’s unions, committing to transparency and integrity, and setting time aside for regular meetings.

“Meet with your union rep once a month to see how things are going; that shows you really care about the health and well-being of your employees,” she says. “And if employees have legitimate concerns, you want to know about those concerns so you can solve problems together.”

Building a steady working relationship is particularly helpful when it comes to bringing truly egregious instances of employee behavior to the rep’s attention.

“Once I had an animal care technician lift a 60-pound dog onto a truck using a slip lead, with no hind end support,” Tawny says. “I felt confident talking to them about it because I always have documented evidence, and because I knew they trusted me to only bring up legitimate concerns. They knew I never ‘had it out’ for their members. In this case dismissal was appropriate because of the cruelty.

“Finally, I knew this wasn’t a situation where they would fight for this person to keep their job,” she adds. “The union must pick and choose the situations they’re going to fight for, just like we have to. They have a reputation to protect as well. ”

Union rep as intermediary – it goes both ways

The union rep has a pivotal role as intermediary between the shelter and the employees, and as such they can be an invaluable ally when you are making not-so-welcome changes. For instance, your decision to change the  animal services staff hours may be driven by a  need to be  open more for adoptions or owner reclamations. Changing the schedule might be an item in the union agreement that is prohibited without notice and negotiation.

“Take the time to explain to the union that you aren’t trying to negatively impact employees by changing their schedules,” Tawny says. “Tell them what you're trying to achieve and why it’s important, and ask for support in making amendments to the union agreement.”

One of the most common causes of friction between unions and animal services occurs when staff are asked to do work that falls outside of their basic job description. Unfortunately, this is all too common lately as animal services struggle to be fully staffed and evolve from being impoundment facilities to serving as resource centers for pets and their people. 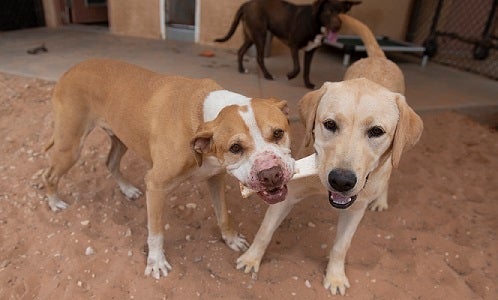 “Obviously, it’s difficult to maneuver around the constraints of the job descriptions to get the work done,” says Jon Gary, who worked in numerous roles at Oklahoma City Animal Welfare (OKCAW) over the past two decades before becoming superintendent in 2016.

“Instead of asking staff to do things that you know aren’t part of their job, talk to your union rep about it first. Work on finding some common ground and they will be comfortable asking their members to take on new tasks.”

Reps can also help soothe the frayed nerves of employees who are worried that an influx of volunteers is actually a prelude to them losing their jobs.

“Unions are there to protect their jobs, so there’s no one better to reassure your staff that they don’t have to worry about job security,” Jon says. “Your rep can help explain to them that it doesn’t make any sense for a short-staffed shelter to bring in a bunch of volunteers and then fire the employees. That would just leave the shelter in the same position of not having enough people to do the work.”

Consult with the union rep before, not after, making changes

There will always be circumstances that arise which require a sit-down between you and the union rep. If you involve the union in your planning and decision-making in advance, however, you can avoid those one-on-one sessions in many cases. Take those thorny staff-volunteer issues, for example. 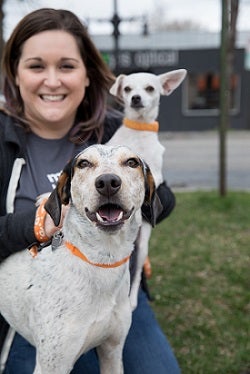 “Take the time to work with your rep on crafting a workplace agreement that details how volunteers and staff will treat each other, and have all of them sign it,” Jon says. “OKCAW’s customer service policy also applies to volunteers and foster parents, so we have several ways to keep staff accountable.”

OKCAW recently wrote up a new manual of standard operating procedures; the shelter also decided to add a handful of new programs so it could reach a 90% save rate. In both instances, Jon made sure to involve the union and the staff.

“You have to be willing to listen to their input, because they are the ones doing the work,” he says. “They are also the ones who will have to change on the fly when unforeseen circumstances arise, which always happens. If people other than just the shelter director were involved in the plan, that defuses anger or frustration over those unforeseen circumstances.”

Tawny also stresses the importance of reading the existing union agreements, which don’t always translate to the work of animal sheltering.

“In some communities, animal services are part of public works or public safety, and those agreements are written for very different jobs than animal control,” she says. “If that’s the case in your municipality, be ready when those agreements come up for review. Work with the union now to craft changes that align with proven practices in the animal services.”

You don’t have to like one another, but it helps

Jon admits that, though he has a great rapport with his union president, it didn’t just start off that way.

“Whenever he comes in to talk about a concern, we laugh and joke, but we worked really, really hard from the get-go to develop that kind of relationship,” he says.

Let’s say you’ve tried to do the same, but it’s clear that you and the union rep are never going to be friends. It’s still important to communicate with them about changes at the shelter and try to involve them as much as you can.

“If you don't talk to your boss, your chain of command, elected officials and all your other key stakeholders about something new you want to launch, you know it’s going to blow back on you,” Tawny says. “It’s the same with the union; it’s no different than any other stakeholder.

“You may get somebody in the union rep role who is difficult to work with, but you need to do your part,” she adds. “Don't act like you're afraid of them, and don't act like they're the enemy. When you can't come to a compromise, remember to pick and choose your battles – because we all have bigger wars to wage on behalf of the animals that count on us.”