“Volunteers are a workforce, not a workload.”

That’s one of Sarah Sukhram’s favorite sayings, and as the volunteer and foster care coordinator at Pasco County Animal Services (PCAS) in Florida, she probably finds herself saying it often. After all, getting staff on board with welcoming volunteers into various roles can be challenging. But PCAS has found a way not just to get staff buy-in, but to get their buy-in when volunteers step into very non-traditional volunteer roles.

PCAS didn’t always have such an accepting and diverse environment where volunteer labor was concerned. Four and a half years ago when Sarah was hired, a struggle existed between what the staff wanted and what the volunteers wanted. Volunteers either socialized cats or walked dogs, and they came in and left whenever they wanted. The shelter never knew how many volunteers would show up, and there was an overall sense of frustration.

“The way the program was being run didn’t mesh with the schedule or needs of the staff,” says Sarah, who started setting up shift schedules for volunteers to adhere to.

“I don't need a cat socializer at eight in the morning when cleaning and feeding are happening. I also don't need a dog walker at 10 p.m. when we're closed.

PCAS also needed volunteers to do more than just those tasks. The shelter needed people to focus on creating social media posts, especially TikTok content; do maintenance tasks like repairing the Kuranda beds; be on call to drive animals to rescue partners or specialty vets; or serve as “TNVR Release Champions” to take cats back to their home neighborhoods after surgery. 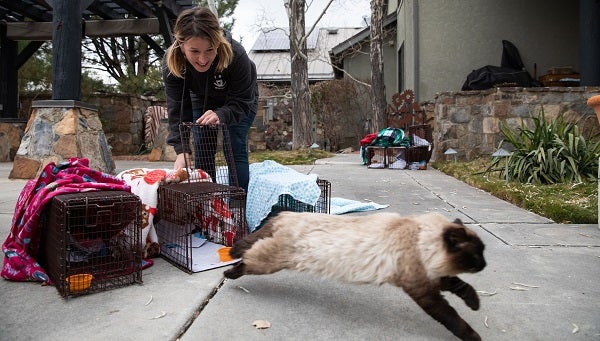 So Sarah went about the process of getting approval for 21 new job descriptions (more on how she did that in a moment) and ending up quadrupling the number of volunteers working at the shelter every month.

“When I started here, we had 70 official volunteers, but only 30 were active month to month,” she says. “Today, 328 people are signed up to volunteer and an average of 124 work at the shelter every month.”

No doubt they do so because they are part of an efficient, organized program where they have a lot of jobs to choose from in their quest to help PCAS.

The medical department was not just the first to accept volunteers (as surgery instrument techs and vet assistants). It also turned out to be the number one place where volunteers want to work. Because PCAS is close to two high schools with vet tech programs, students have also showed interest in volunteering.

The second area in need of help was field services. Though shelter animal control departments typically aren’t open to volunteers, PCAS assistant director Spencer Conover believes they should be.

“We have a handful of officers and one person doing dispatch for a 750-square-mile county, and we aren’t the only shelter facing this problem,” he says. “When there is no budget to hire more staff, we should look to our volunteer labor force – whom Sarah likes to say, ‘work for the low, low price of free.

“Not only can they be easily trained to do dispatch, but you don't need to be a euthanasia-certified officer to pick up a stray dog confined in someone’s house,” Spencer adds. “Those are some of our most common calls. Being able to hand them to trained, trusted volunteers means our officers have more time to do things like investigate cruelty and neglect cases.”

Still, the thought of sending a volunteer into the field is one that often causes risk management offices to slam on the brakes. PCAS’s initial step was to find out the biggest concerns Pasco county’s risk management department had about putting volunteers into these new roles and address them (by adjusting the job descriptions, for example).

Since potential volunteers already must submit their driver’s license and updated insurance information and complete an online defensive driving course, those precautions were already in place. The new roles would require department-level interviews, just as if volunteers were being hired. Most importantly, PCAS reassured stakeholders that they weren’t looking to do something crazy.

“People think their risk departments or unions would never let this happen, but it is possible to offer your volunteers more roles than petting cats,” Sarah says. “You just have to sit down and find out what the concerns are and how to overcome those.” 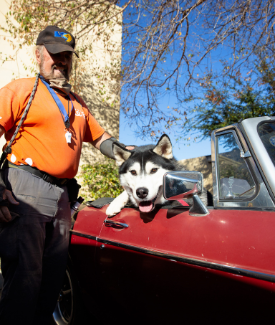 Once they got the go-ahead, Spencer, Sarah and Field Services put their heads together to determine the best tasks for volunteer animal control assistants (ACAs). They landed on a concept that has proven to be popular with both volunteers and officers alike: Officer Uber.

“Officers get most frustrated by the amount of time it takes to document their cases,” Spencer says. “To do so, they have to park their vehicles somewhere and get the notes into the database before going on to the next call. That negatively impacts how many cases they can handle in a day.

“If a volunteer is able to drive them around, however, that means officers have 20 to 30 minutes to put in their notes on the way to the next call,” he adds. “They can also be prepared and ready to go by the time they arrive.”

In addition to increasing caseload capacity, having an Officer Uber on board makes a big impact on job satisfaction.

“All day long, officers are exposed to traffic, animals in distress and angry or emotional people,” Spencer says. “That piles up and contributes to compassion fatigue. Having someone to debrief with as events are happening makes a huge difference in how an officer experiences their work.

“Sometimes it’s just nice to have comic relief,” he adds. “Being able to turn to someone else in the car and say, ‘Man, that situation was crazy, huh?’ It burns off the some of that tension immediately.”

It’s one thing to be a great recruiter, develop a menu of volunteer job options and set up a robust training plan for each one, but without purposeful retention efforts all that hard work may add up to nothing. Recognition is a big part of retention. Volunteers feel appreciated when they have parties, get “Pawfect Volunteer” awards or are featured on social media. 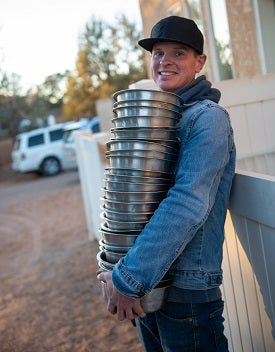 “We don’t say volunteers and staff, we refer to them all as a team,” Sarah says. “That includes within departments, where they all report to the same manager or director. This structure ensures everyone gets the same direction and that they are held to the same standards of workplace culture and disciplinary action.”

Volunteers are invited to shelter meetings, including the weekly one to discuss euthanasia decisions. While some shelters might feel the latter should remain closed to volunteer involvement, Spencer says volunteers have vital information to share.

“For years the people who sat in that room didn't actually interact with the animals,” Spencer says. “If we're talking about a dog with a behavioral issue, I want a volunteer who's walked that dog to come into that meeting and tell me about their experiences.

If our goal is to make sure we’ve done everything we can for every animal before deciding to euthanize them, then the volunteer perspective is invaluable.”

Once shelters decide to venture into new volunteer project territory, it’s not enough to meet with risk management, set up a recruitment process, write job descriptions, build a training calendar, etc., and then call it a day. Each of these components should be reviewed frequently, and with volunteer input. As the people doing the actual work, they are likely to have great suggestions for changes.

The shelter also needs to bear in mind that people volunteer for personal fulfillment reasons, but those reasons are varied. In some cases, volunteers are just as interested in getting exercise as they are in the animals – sometimes even more so. Others are there to help achieve the shelter’s lifesaving mission. Having a variety of ways volunteers can help out means that more of them will feel fulfilled, and hopefully they’ll stick around to help the shelter for the long haul.

“If a volunteer comes in and feels like they haven't accomplished something for that day because we had nothing for them to do, that's a failure on our part,” Sarah says. “We have created a system where volunteers know what their job is going to be and are trained effectively to do it. That means we can offer more variety than we ever did in the past.

“Bottom line, there are people out there who want to help shelters in some capacity,” she adds. “Our job is not just to find them, it’s to have work available that suits their skills and needs when we do.”