The following is Part II of our Program Spotlight on four organizations that made changes to their work in ways that met previously unmet needs in the community while maintaining alignment with the existing mission statement. If you missed Part I, you can catch up here!

To recap, these are the four organizations we spoke to for this Program Spotlight:

Dog Bless in Charleston, West Virginia, which was formed in 2012 to promote rescue efforts at Kanawha-Charleston Humane Association (KCHA).

Chicago-based One Tail at a Time (OTAT), which was founded in 2008 to “End pet homelessness by making pet ownership a joyful and accessible experience for all.”

Wagon Tails Farm Rescue, which was established in Beulaville, North Carolina, in 2018 “to rescue animals in need, reimagine our world, and remember we can make a difference.”

Dorcas Ministries in Cary, North Carolina, which has been in existence since 1968, to “provide compassionate assistance to area residents to empower people to become stable and self-sufficient.” 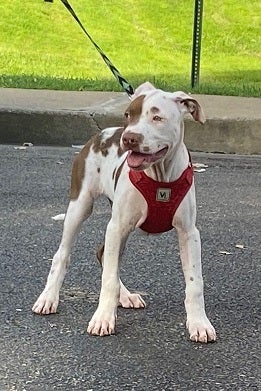 How has your organization’s expanded focus most significantly affected the community?

“Our staff and volunteers worked with a mobile veterinarian clinic called DEGA Mobile Veterinary Care, and organizationally we supported all the costs for a free wellness and vaccine clinic for Dorcas clients, who were amazed and appreciative,” says Dorcas volunteer Patti Clayton. “No one had ever offered free care to their pets before. We served 39 pets in four hours; 30 received rabies and distemper vaccinations and 36 were treated with flea and tick medicines. It was a great expression of love within our community.”

“Our impact is still small because the reptile program is fairly new,” says Ronnie Spengler, WTFR’s farm manager and veterinary coordinator. “But we have had an overwhelmingly positive reaction from the public, and the impact is huge for the reptiles we have been able to take in.”

Can you share a story about an individual animal or person who has benefited from your new work?

“Dog Bless had arranged for a pop-up shot clinic that benefitted 40 dogs from families living in the largest high-rise apartment community in Charleston,” says Khrista Messinger, a Dog Bless board member. “A few days later we were contacted by a man who said that the shot and treats we gave out made his puppy Blooey really sick. He had no money to take Blooey to the vet and blamed us.

“After speaking to him and listening to the pup’s symptoms, however, we knew Blooey had developed parvo and wasted no time arranging for care at KCHA,” she continues. “The first few days of treatment were tough, but on day four Blooey began showing signs of improvement, greeting the medical team at the front of the cage and eating wet food. On day seven, Blooey was well enough to be released back to his family, and his owner cried as soon as he saw him.

“He said Dog Bless and KCHA were Blooey’s guardian angels,” Khrista says. “Blooey’s story is a true testament to our new community-focused mission.” 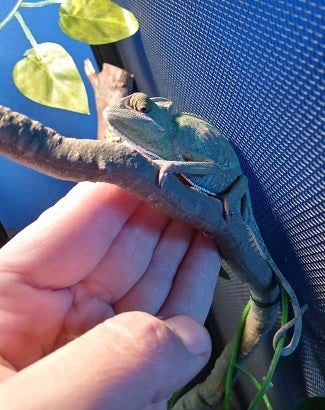 “Our first reptile was Karma, the not-quite-dead chameleon,” Ronnie says. “This tiny, seven-gram animal was brought to us wrapped up in a towel inside a zipped-up baggie. The person who bought her thought she choked to death on an insect and had attempted CPR to revive her.

“Luckily, Karma was not dead, but she had a serious respiratory infection from being kept in improper housing and an entire side of broken ribs from the attempted CPR,” Ronnie continues. “In short, she was a mess: she refused to eat, drank very little and could hardly hold onto a vine. She was so small that the vet could not even supply an x-ray or any real diagnostics.

“But I didn’t give up and neither did Karma,” she says. “I gave shots to an animal who was smaller than my finger and forced the tip of a syringe into her tiny mouth. The first time Karma hunted a cricket on her own, I nearly cried. She is now about six months old, growing like crazy and ready to find her permanent home. Our openness to evolving with our community’s needs saved Karma’s life.”

“Dorcas has seen strong public support for its new initiative, and we’ve heard from many grateful families,” Patti says. “One family told us that after their mom lost her job, the family couldn’t afford dog food and food stamps would not pay for it. They said, ‘We were feeding our dog the leftovers from our food, and it was making him sick. It’s really nice to have actual dog food to give him.’ Hearing things like that motivates us to press forward.”

What advice do you have for other organizations that might be considering major adjustments to their work?

“The best advice I've ever received was to shape your mission around what your community needs from you, not what you want to do,” says OTAT’s co-founder Heather Owen. “It's our responsibility as rescuers and leaders to be the safe haven for the most vulnerable populations.”

“Rescue has to evolve with the needs of the community, because that is who we are here to serve,” Ronnie agrees. “Ultimately, our communities provide us with support to do the thing we love; we, in turn, need to respond to our communities when they call.”

“Dorcas is a ministry. We seek to show love to people, but we learned quickly that when we show love for a family’s pets, they truly feel that we genuinely cared for them,” Patti says. “We came to appreciate that family pets are members of the family and that their care served a critical role in our holistic approach.

“Programs that serve families should include the furry members, too,” she continues. “Whether we are a human services agency or an animal services agency, we are all focused on nurturing the transformational relationships that can help make the world a better place for pets and people.”