“It’s not rescue if they already have a home.” That’s become the motto for Heather Owen, executive director of Chicago-based One Tail at a Time (OTAT), and the driving force behind the work done by her organization. Heather came by her motto honestly, after many years in animal welfare led her to rethink the role of a rescue organization.

“It used to be that we would never ask anyone if we could help them keep their animal because the people who coming in to surrender them were bad people,” she says. “We subscribed to the industry wide notion that people who couldn’t afford pets shouldn’t have them.”

But in accepting those surrenders, Heather notes that her organization was often taking in animals from people who loved them, thus further victimizing those families going through hard times.

“I couldn't watch children cry when families would come in and have to say goodbye to the family pet for whatever reason,” she says. “I couldn't take that pet and rehome it and call myself a hero anymore.”

More than a decade ago, OTAT began building programs designed to keep pets in their homes, even if people lacked resources. Collectively called Pet Mutual Aid, these programs include Chicagoland Rescue Intervention & Support Program (CRISP), which provides free or low-cost resources in order to help pet owners who believe their only solution is surrendering at the local shelter, and the Silver Ticket Program, which gives people with senior dogs a voucher for basic vet care, dentals and spay/neuter.

The work of ‘rescue’ is about more than taking pets from families; it’s about people pooling resources and giving what they can to help others.

The term mutual aid comes from Mutual Aid: Building Solidarity During This Crisis (and The Next) by Dean Spade, which presents “a radical vision of community mobilization, social transformation, compassionate activism, and solidarity.” As our industry moves more and more toward a community-based model, we can see how animal welfare readily fits into this vision.

“There is definitely an overlap of animal welfare with social services,” Heather says. “I'm pretty blown away with how complex people’s hardships are when I ask them about what's going on in their lives. Many people who need help with their pets are getting out of domestic violence issues, have mental health issues or are trying to get on their feet to find a new job or place to live.” 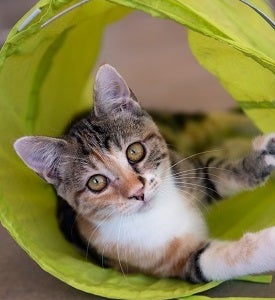 A prime example is a case where OTAT took in a dog who ended up having a microchip. Through a little detective work, the organization was able to trace the chip to the dog’s person: a woman living in her broken-down car with two additional dogs. She told OTAT that she loved all three of her dogs but had surrendered one because she couldn’t take care of them all.

Per the owner’s request, OTAT played its traditional role in this situation by re-homing two of the dogs and spaying the one dog kept by the woman. Then it stepped into a far less familiar role, one typically fulfilled by social services agencies.

“We went to our volunteers and asked if they wanted to help fix the woman’s car so she could get to work,” Heather says. “All the volunteers pitched in, and we were able to raise enough money to fix her car and help her get a down payment for an apartment.”

One Tail Adds the Apartment to Its Solutions

Some might characterize such efforts as “mission drift,” but what OTAT decided to do to help the woman fits squarely into the vision of mutual aid. And in the past year the organization has expanded its concept of how to help people and their pets with a program called The Apartment.

The program is an evolution of the use of an apartment owned by OTAT. Typically, dogs transitioning from the organization’s training center to a foster home are housed temporarily in the apartment with volunteers. One day, however, Heather thought, “why don't we put people who don't have housing there?”

Well-aware that this human population comes with complex issues “those of us in animal welfare aren’t typically equipped to deal with,” OTAT made sure to team up with an organization that was. For The Apartment, the group partnered with the Night Ministry, a youth advocacy and homeless organization in Chicago. 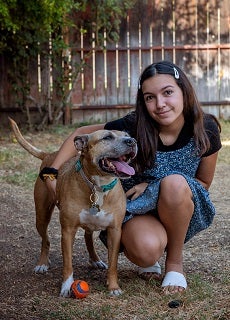 So far, the program has been in operation for a year and four residents have cycled through. It hasn’t been easy, though. In fact, Heather says she has almost given up on it a few times because it’s so challenging. But she’s hung in there because, as she points out, “no one else is doing anything like it.”

“I learned from Spades’ book that, if you put yourself out there as an organization or as a group and say this is what we do, you better cover all of whatever ‘this’ is and not just do the easy stuff,” she says. “No one needs another animal welfare organization that only takes the easy, highly adoptable dogs from animal control or accepts transports, but the dogs can't have heartworm and they can't be more than 35 pounds. What we need are groups that are going to take chances.”

Make no mistake, these community-focused programs don’t mean OTAT will stop doing the bread-and-butter rescue work of adoptions. But Heather reiterates that complex situations like the one involving the woman living in her car require complex solutions.

“Animal welfare should be one component of those complex solutions,” she says. “The work of ‘rescue’ is about more than taking pets from families; it’s about people pooling resources and giving what they can to help others.

“Sure, when we do the stuff that no one else is going to do, we may fall on our faces,” she continues. “But when we reach outside of our traditional roles and are successful, that’s an incredibly powerful thing.”

To hear more about the work of One Tail at a Time, listen to the podcast “It’s not rescue if they already have a home.”