In today’s world of animal sheltering, there’s a clear line between the way things worked pre-COVID and the way they work post-COVID. At least there should be, because many of the practices that were adopted in response to pandemic restrictions not only made business sense, they led to benefits like higher levels of service to the public and an improvement in living conditions for animals housed at the shelter. So for many shelters that adopted managed intake, adoptions by appointment, or adjusted field services roles, there’s no going back to the way things were.

Getting that message out to communities with expectations that shelters should be reverting to the way they operated before the spring of 2020 can be a challenge, however. That’s currently the case for Los Angeles County Department of Animal Care and Control (LACDACC), which shifted to providing all its services on an appointment basis. Once California businesses got the green light to return to normal practices, some residents of the county began taking issue with LACDACC’s commitment to keeping the appointment system in place.  Now a petition is circulating seeking restored public access to the shelter for the public.

“We are simply not going back to the old way of doing things,” says Frank, who is currently compiling data on the many improvements that occurred due to the changes instituted in response to the pandemic. For starters, he notes the positive impact of having fewer animals at the shelter. While LACDACC took in 61,000 animals at all seven facilities in 2019, in 2020 they only took in 51% of that number.

“From a practical business perspective, costs go down with fewer animals coming in,” he says. “We also spend money differently. For our contract cities, we are now billing for the work involved in finding alternatives to impoundment. They are paying for the time that our care center, call center and field officers are spending finding alternate ways to keep community animals from coming in.” 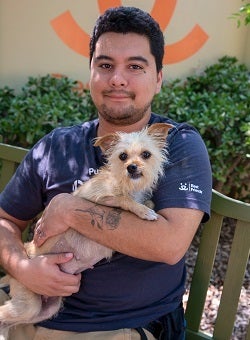 Having a Positive Impact on Animals

Having fewer animals in the kennels reduces crowding and disease, and LACDACC has seen a 61% decrease in illnesses in cats. Staff and volunteers also have more time to spend with each individual animal, which leads to fewer behavioral issues. And by curtailing the number of people walking up and down the kennel rows all day long, the shelter is seeing a much-decreased level of agitation and stress in the animals.

“When people are coming through constantly, that never gives the animals time to rest; they are always at a hyper-agitated level,” Frank says. “Now you walk through the kennels and all the animals are lying down sleeping. Recently the Annenberg Foundation told us that they always thought the dogs they pulled from us were sick because they’d sleep for three days after they arrived at their facility. They were just overwhelmed by all the activity at our shelter and never got downtime.”

Controlling the flow of animals and visitors with an appointment-based system has also had a beneficial impact on staff, both in terms of hard costs and morale.

“Our staff injury rate dropped by 60%, so we have fewer workman’s compensation claims,” Frank says. “We also don’t have the numbers of staff calling in sick or quitting like we used to, and people are much happier coming to work.”

While the petition is trying to paint the picture that rescues can no longer come in and do networking like they used to or shoot their own videos of animals needing placement, Frank says that is untrue.

“Our adoption partners can still come in and take videos and photos at pre-scheduled times, and that gives our staff time to get all the paperwork ready to go for any animals they want to pull,” he says. “We also started using Trello boards that include all medical and behavior notes, as well as videos and pictures we don’t normally make available to the public. They actually have easy access to more information than they did before.”

If all we retain from our experience during COVID is the ethic that everyone can help, we will have come leaps and bounds in animal welfare.

Although there are some community members who are unhappy that they can’t bring in a stray or relinquish a pet at any time, the shelter is also hearing from many people who are thrilled with the changes.

“It used to be chaotic for people coming into our facilities, with lines of people waiting hours for service and staff scrambling to help,” he says. “Now we are hearing praise from a lot of adopters that it’s fantastic that they can sit down, and our staff is able to spend a proper amount of time helping them. We’ve even gotten positive Google reviews and that never happened before. As soon as people come in, they are getting the face-to-face attention that they should have been getting all along.”

Forging a Path to Community-Based Sheltering 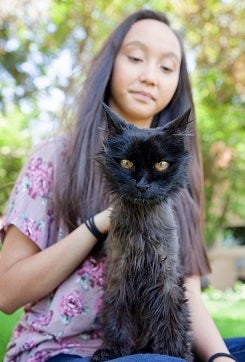 Another major area of change that occurred during the pandemic was a shift in how—and how much—shelters ask the public for help. A good example is the foster-finder concept, which asks citizens to hold onto a found pet and actively search for the owner in the area where it was found. Though some people might see that as an abdication of responsibility on the part of animal services, the fact is that most animals are found close to where they live and are returned at a higher rate if not taken to the animal shelter.

And asking people to do something is not the same as mandating it.

“There is a difference between telling people they have to do something and engaging them to be part of the solution,” says Kristen Hassen, Maddie’s® Director of American Pets Alive!. “It’s okay to invite people to help. There’s no harm in asking, and people can always say no—though we find that they say yes more often than not.”

Revising the duties of field services personnel, who play a vital public safety role and are the most visible ambassadors for the shelter, has also occurred in some facilities over the past 18 months. Now, instead of primarily using this critical group of staff to impose punitive citations for minor violations such as licensing lapses or barking complaints, those same officers at some organizations are spending time working on solving the root causes of such issues and making communities safer for everyone.

“As a board member of the National Animal Care & Control Association, every day I hear from officers who want to do more to help people keep their pets,” Kristen says. “When leadership makes it possible for them to do that, everyone benefits.”

In short, there really is no logical reason or business case to justify going back to the way we used to do things.

“We taught ourselves to do things differently during COVID,” Kristen says. “Before the pandemic happened, we had this idea that animals who were lost or whose people were facing challenges should always—without question—come to us. By having our doors shut to the public we couldn’t do that in the same way.

“Now we need to continue the new habits we’ve formed in the past year or so,” she continues. “Trying to keep pets in the community first should happen every time, and they should only come in to shelters when there is no other viable option. If all we retain from our experience during COVID is the ethic that everyone can help, we will have come leaps and bounds in animal welfare.”

Best Friends and several other organizations have put together a resource about the changes we encourage shelters to consider “business as usual” even after COVID is a thing of the past. Check out the recommendations for keeping or even expanding on your programming here.