As someone who spent a decade in the rural* community of Kanab, Utah, that houses Best Friends Animal Sanctuary, I can attest to the benefits of living in such an area. The wide-open spaces, proximity to nature and wildlife and slower pace of life were, for me, a definite respite from the hustle of living in Los Angeles.

But the challenges that rural residents face—fewer employment opportunities, lower incomes, limited transportation, a lack of advanced medical services—are very real, and trickle down to impact pets in addition to people. While sheltering is a challenging field in even the most well-resourced areas, staff at rural facilities may end up feeling truly defeated when they are trying to save more lives but live in a resource desert. A prime example is Jackson County Animal Shelter (JCAS) in West Virginia, where the staff had every right to feel defeated back in 2010.

“JCAS was the county’s dirty little secret,” says humane officer Teresa Hager. “The euthanasia rates were as high as 96%, there was no internet access, we had zero relationships with rescue, few medical resources (even for minor conditions like worms) and a lack of local adopters. The public largely didn’t spay and neuter, and their answer for unwanted litters was to simply dump them either along a country road or over the shelter fence.”

While the shelter building is still a throwback to those days—the 50-year-old structure only has 13 kennels—JCAS has seen considerable changes in the past decade. By 2020 the save rate was 98.43% and in the last two years, fewer than a dozen cats and dogs were euthanized. And plans are underway to build a new facility that will improve the quality of life for any animal housed there.

How did a shelter located in a county in which 71.4% of the population lives in rural areas (as determined by the 2010 U.S. Census Bureau—much less any shelter that serves a heavily rural part of the country—reach such high benchmarks? According to three such organizations I spoke to, they were willing to throw away the old rule book, ask for help and invest in new programs and relationships to better serve their constituents. 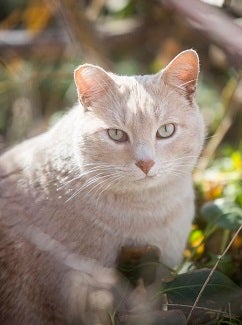 Take Control of your Cats

One of the greatest impacts on lifesaving at JCAS has been the work done for feral cats by a TNR program run by Operation Fancy Free Inc., which began eight years ago. To date, 4,512 cats have been fixed through the program, local feral cat colonies are healthy and the shelter no longer takes in or euthanizes feral cats.

“We have the Best Friends spay/neuter clinic available to us here in Salt Lake City and we work with an Arizona vet who has connections with farms and barns because he’s an agriculture inspector,” says Cathy Boruch, Paws for Life Utah executive director. “We regularly have people requesting cats, so we work hard to pull as many feral cats out of these shelters as possible. We also pull the friendlies and adopt them out.”

Incorporating TNR and return-to-field work at your shelter is pretty straightforward, but it does necessitate enlisting the community’s help and support. Paws for Life Utah has also been working with the residents of Wallsburg, a rural community that—although it is part of the Salt Lake City metropolitan area—only has a population of several hundred people and is located on less than 0.5 square miles.

“It has historically been very closed with respect to how they feel about animal control or us coming in to help,” Cathy says. “We were able to enlist a few locals who feed feral cats but didn’t realize we had the spay/neuter resources. They worked on their Facebook group to increase awareness, and now more families are allowing them to change the feral cat issue in that community.”

The progress that has occurred at JCAS might not have begun without the help of a group of individuals who were not associated with the shelter. Animal Rights Fur-ever (ARF) started promoting pets online and organizing transports in 2010, a program that the county commissioners supported by setting up a holding facility for transport animals next to the shelter to keep them healthy and isolated from the general population.

Christine Warren, operations manager at Pittsylvania Pet Center (PPC) in Chatham, Virginia, also relies on social media to drum up help for the shelter’s animals, which often comes in the form of transports as well. In a county where 85.63% of the population lives in a rural location, finding homes in other, more-populated areas of the country is critical.

“I send out pleas when we are overcrowded, like we were at one point last year when we had 400 cats in the building,” she says. “I posted for help in that case on the High Five VA group page on Facebook, which goes out to shelters all over the state and it ended up being shared about 250 times.”

One of the respondents was Animal Refuge League of Greater Portland, Maine, which ended up organizing three planeloads of pets from Pittsylvania to its facility via Pilots to the Rescue. Efforts like these have kept PPC in the 89% to 91% save rate range for the past three years and had a 97% save rate for the first quarter of 2021. 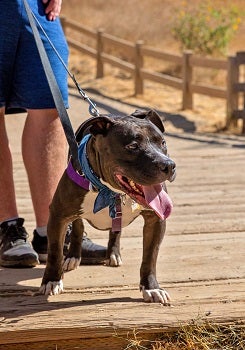 The drumbeat of the sheltering future is all about giving people resources to keep their pets, something that both JCAS and PPC do. JCAS sends representatives out to events, schools, 4H groups and other youth groups to encourage spay and neuter, which the organization can then offer to its citizens. Pittsylvania started the program “Lots for Love” in late 2019 to keep some of the animals out of the shelter like the escape artist dogs that keep running away.

“If a dog is living primarily on a chain, for example, our ACOs will give them an enclosed kennel or doghouse made by our local high school vocational tech students,” Christine says. “And last year we started a pet food pantry. So many people lost their jobs in 2020 and were calling us about surrendering their pets; instead, we helped them feed their animals and they were able to keep them as part of the family.”

Of course, no program can happen without money, which is often in very short supply for shelters.

“When I took over, one of the biggest obstacles was raising money,” says Brent Weinkauf, PPC’s executive director. “As a municipality we had to rely on the nonprofit Pittsylvania County SPCA to help us out with receiving grants. However, we are very close to finishing up a ‘Friends of’ foundation that will be our nonprofit so we can receive grants and donations directly. It takes a bit of work to set up, but it’s a great long-term investment.”

Shelters in rural communities can provide high levels of service to their residents and save most of the animals that come through their doors. According to Cathy, it all comes down to being willing to make changes.

“Instead of feeling like the challenges are never-ending, pick five things you can do right now to be proactive,” she says. “Having a fresh perspective will lead you to solutions.”

And because the relationship with the community is the lifeblood of any animal shelter, Christine stresses the importance of having patience and respect when talking to the public.

“Talk to people, don’t talk down to people,” Christine says. “Have an informative conversation one-on-one with people and do it in plain English—not full of shelter lingo. And as far as social media goes, don’t post constant, threatening ‘this pet is going to die’ posts. At first, I was frustrated when people didn’t respond, but I learned to reword the requests. Just be honest about what you need.”

Finally, let your community know that your shelter is in it for the long haul.

“A big key to being successful in a rural area is letting the public know that when they come adopt from us, they will not just be getting an animal that had excellent care while it was with us,” Brent says. “They are also getting a continuing resource to help them with future needs.

“Our relationship with them and their pets doesn’t stop once the adoption paperwork is signed,” he adds. “When they walk out this door, that’s not the end of our relationship—in many ways, it’s just the beginning.”

And it’s those kinds of cultivated relationships that will keep people who live in rural areas from ever needing to feel defeated about what they can—or can’t—offer the animals that share their community.

To hear additional perspectives on overcoming the challenges of running an animal shelter in a rural area, listen to Serving the Underserved in Rural America and Saving Lives in Rural Indiana.

*For some context, the U.S. Census Bureau defines “rural” as “all territory, persons, and housing units not defined as urban,” which doesn’t seem like a very helpful definition. In fact, the process of determining what is an urban area is more complex than this definition implies and is “largely based on residential population density and a few other land-use characteristics to identify densely developed territory.”