Building a better board of directors

The relationship between a board of directors and a nonprofit organization’s leadership can be quite complex. I once served on a board, and as such was technically the boss of the CEO. Since I also worked for the organization, however, the CEO was my boss. Not just that, she happened to be my landlord. Talk about complicated!

“Understanding the role of the board is probably the number one complaint or source of confusion and frustration for nonprofits,” says Denise Deisler, CEO of Jacksonville Humane Society. “It’s a wonky structure. You've got this body of knowledgeable people running the operation and making day-to-day decisions, and then you've got this other body of people sitting over them. Folks often aren't sure what it is they're supposed to be doing.”

For our purposes, then, let’s start with the basics.

In general, there are four types of boards that serve the interests of a nonprofit and they vary based on need:

Board members become involved with a nonprofit because they love the organization and its mission, and that can make it hard to stay uninvolved in topics that don’t fall under their purview, like daily operations. Nonprofit leaders must take the time to clarify the role of each of the board members to avoid conflict and confusion.

“Role clarity absolutely helps in terms of transparency and relationships,” says Denise. “Board members are advisors and fundraisers and advocates, and that needs to be made very, very clear.”

For that reason, Denise doesn’t believe board members should volunteer with the organization.

It’s one more way to create confusion. Staff will wonder, is the board member here with authority? Do I have to listen to them, or do I listen to my supervisor? And those who become friendly with board members will have their ear and may even try to drive the board’s agenda.

Conversely, half the board members at PAC are volunteers, and Jo-Ann supports that trend – provided there is guidance about appropriate boundaries. 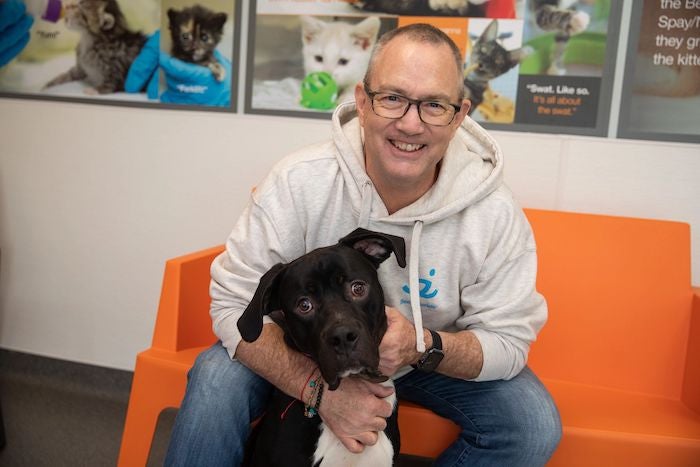 “I think we must encourage people's passion, but we need to coach people that when you least expect it, someone's going to ask, ‘What's going on with this topic or that topic?’ says Jo-Ann, who has also served on numerous other nonprofit boards, including the YMCA and the Association of Fundraising Professionals (AFP). “Board members just need to be aware of that and make sure they don’t step into something they shouldn’t be involved with.”

“A lot of CEOs insist on a board seat, but there needs to be a line there,” she says. “I'm not a board member because they need to be able to police me without me sitting at the table having a vote.”

Crafting the board member job description

According to Denise, the number one reason why board roles get confusing is because nobody takes the time to sit down and write position descriptions for each member.

“A written position description is critically important,” she says. “Sometimes you'll be recruiting, and people will say they don't know anything about cats or trapping or any of that stuff. Well, I don't need them to know that. A position description helps by putting in writing exactly what you'd expect out of someone.”

The JHS position description (click here to download the document in .doc Word format) notes that members are expected to advocate for the organization in personal and professional circles; work with the development team or director to raise the funds necessary to run the operation; and donate at a leadership level every year. It’s that last one that Denise feels is particularly important.

“When we solicit donors, foundations and businesses for financial support, they often ask what our board member giving requirements are,” Denise says. “If your own board members won't invest in the organization they serve, how can you expect others to give?”

She notes, however, that what’s considered an appropriate level today isn’t the same as it used to be – a common situation for nonprofits.

“When we were in the midst of a capital campaign, we needed philanthropists with the capacity to give $1 million or more,” she says. “We’re in a different era now. I still need people who are connected in the corporate and social services world, but they don't all have to write seven-figure checks anymore.”

PAC takes a different approach to the level of fundraising expectations of board members, however.

There's this feeling that if you're on a board, you have to have deep pockets or be connected to the philanthropic community. I have found that can be a huge barrier to getting people involved. We don't have a giving requirement on our board and I'm not a huge fan of that. I think people should give what they're comfortable giving.

Whether your organization’s biggest need is to have board members capable of raising large amounts of money or having a team to help a fledgling group get off the ground, that needs to be very clear from the outset. Without telling people precisely where you stand as an organization, where you want to go, and what you expect of them, recruiting new board members can be a tough go. 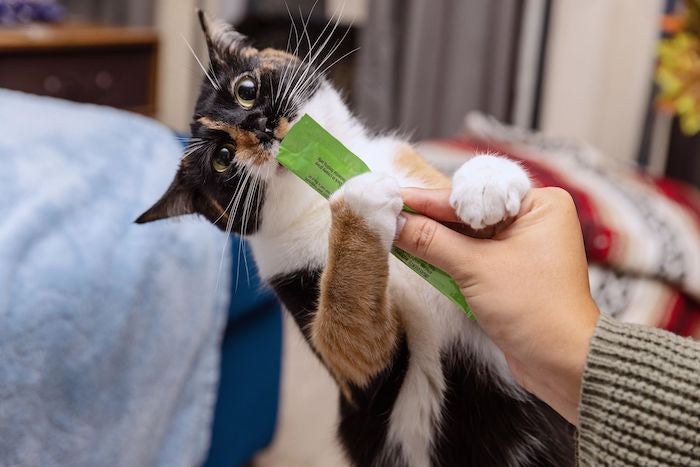 “The extent to which you can talk about goals, how you got to where you are now and where you want to go next – that demonstrates there's change that's expected of the organization,” Jo-Ann says. “There is an expectation of participation and engagement from the board. I don't want someone joining the board thinking they're not going to have to work. Everybody has a role and responsibilities.”

Jo-Ann, who started off in higher education before she became an executive recruiter for a search firm, suggests several strategies to find potential candidates. To begin with, she asks other good people in the community for their connections.

“Who do they respect and learn from? Who do they like partnering with? Who gets things done?” asks Jo-Ann. “I'm also involved in enough community initiatives that I frequently talk about what I do with PAC and see who's got that spark. Who has a genuine interest in the mission and a skill set I respect? You have to be deliberate about your search.”

Denise suggests going to a community foundation or local nonprofit center to find leads, as well as advertising just as you would for other positions.

“If there's somebody who's passionate about this particular topic, that's how you're going to find them,” she says. “Just make it clear that it's a non-paying board position.”

And because you don’t need animal experts for certain board roles, look at the other ways your work impacts people and reach out to agencies where there is overlap.

“We recently met with United Way, which connected us with dozens of agencies in town including the nonprofit foundation behind Baptist Health System,” Denise says. “Right now, we’re working on getting an audience with them to see how we connect. Such connections also allow you to see who might be interested in serving on your board.”

Most important, she says, is to focus on quality over quantity.

Don’t get in a mad rush of having to fill a bunch of seats. I would rather have eight committed, knowledgeable, engaged board members than to have 15 but have to constantly chase half of them down.

“Speaking of which, if you are always having to ask board members to get involved, consider asking them to step off the board,” she adds. “If I didn’t do my job, the JHS board chair wouldn’t accept that from me. It's no different for board members, who may not be getting paid but still agree to do a job. Don’t be afraid to hold them accountable.”

Organizational leaders play a key role in the success or failure of a board. For starters, feedback goes together with accountability. Make sure you are letting your board members know how much they help the organization reach its goals. 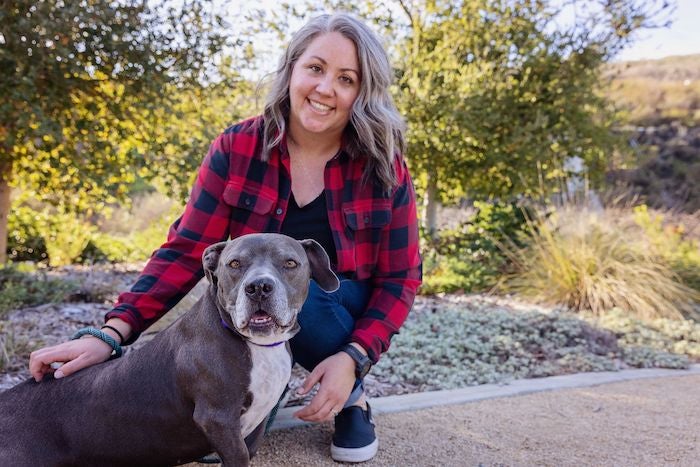 “It's really important in a leadership role to pay attention to all the stuff that needs to be done, but you need to focus on what you are accomplishing, too,” Jo-Ann says. “That lets you build from a point of strength rather than constantly worrying about what you can’t get started on or what all the problems are.”

Since many people serving on boards might be new to the experience – and because what is needed from a board varies so much from organization to organization – Denise recommends that at least one person on the board take a governance class.

“Ten years ago, I sent one of the board members away for three days to go to governance school in Atlanta,” she says. “Here we are a decade later, and she still carries that ball for me with the board. I don't have to be the one reinforcing what they're supposed to be doing all the time. She does that well because it comes from a place of confidence and knowledge.”

Finally, don’t forget to engage your board members so they feel welcome and meet with them regularly to make sure what they are doing best reflects their skills and expertise.

Most people are joining boards because they want to make a difference; they want to be part of a solution. It’s important for me to always be thinking about what a barrier to their success as a board member might be.

In the end, it’s a sense of accomplishment that will keep driving the board forward – and driving lifesaving forward, too.

“PAC was really struggling when I first came on and there was only one other board member who believed we could eventually be a lifesaving organization,” Jo-Ann says. “So, I figured I’d work with that person until we could figure out why people were so fearful to say our goal was to save more lives.

“We chipped away at it, slowly making progress until the other board members were won over,” she continues. “One day, we looked around and realized our organization had 10 years of gradually increasing lifesaving under our belt, and we ended 2022 having saved 3,898 dogs and cats. We never could have done it without a board that understood what was needed.”