Does your dog lunge, growl and bark at the end of his leash when he sees an unfamiliar person, dog or object? If so, he is displaying something called “leash reactivity.” This behavior can be pretty scary if you’re experiencing it for the first (or even hundredth) time; watching your sweet dog go from Dr. Jekyll to Mr. Hyde is unnerving. Fortunately, you can do something about this behavior.

Why is my dog acting this way?

There are two main reasons why dogs display leash reactivity: fear or frustration. A fearful dog wants to get away from the thing she’s afraid of, so she displays distance-increasing body language, such as snarling and growling. It’s her way of saying, “Hey, you! You make me uncomfortable! Stay away from me!” A frustrated dog, on the other hand, displays distance decreasing body language, such as playful barking and bounciness. It’s his way of saying, “Hey, you look fun! Come meet me!”

The first step in working with your dog’s reactivity is to determine the underlying cause behind the behavior through his body language. Is he fearful or frustrated? The answer to that question can shape the behavior modification approach you use.

What does the leash have to do with my dog’s reactive behavior?

The leash plays a big role here. Because of a perceived threat in the environment, a fearful dog’s body is undergoing a physiological phenomenon called “fight or flight.” The leash creates an inability to flee and without that ability, a fearful dog will instead try to create distance through “fight” (e.g., snarling and growling) behaviors. For a frustrated dog, the leash is keeping her from doing what he wants, adding to the frustration.

Also, your stress can be communicated to your dog via the leash, which can add to her stress. So, try to keep the leash loose rather than taut, and take slow, deep and even breaths in order to help yourself feel calmer.

What else do I need to determine before working on this behavior?

After determining the cause (fear or frustration) behind your dog’s leash reactivity, you need to identify the triggers. A trigger is something in the environment that elicits a change in behavior. Common triggers include strangers, dogs and bicycles. Triggers can be very specific, such as men with beards, strangers who make eye contact, or dogs larger than your dog. Keeping a journal is a helpful way to pinpoint your dog’s triggers.

The next step is to figure out your dog’s threshold, the point at which a trigger produces an effect or behavior change. As an example, let’s take a person who’s afraid of spiders. A spider 20 feet away doesn’t elicit a response, but a spider one foot away is scary and elicits a fearful response. While distance is a key factor in determining threshold, there are other factors to consider. For instance, a small spider a foot away may be OK, but a large spider a foot away could be scary to the spider-phobic person.

Your dog can also experience “trigger stacking,” which means there are a lot of little triggers that accumulate over a period of time. Each small trigger on its own may not send him over his threshold into reactivity, but when piled on top of each other, they do. To use our spider-phobic person as an example again: Seeing a small spider one foot away is OK, but if she sees a small spider one foot away every 5 minutes for the next hour, she’ll be on edge and the next one may cause her to react. Think of trigger stacking like a staircase: Each trigger is a step that brings your dog closer to his threshold.

Finally, you’ll need to decide on a marker to use, something that marks a behavior and says to the dog, “At the exact moment you hear this, you’re doing something I like and a treat will follow.” Common markers include clickers or verbal markers such as “good” or “yes.” For instance, every time your dog sits, you say “yes” and give him a treat. The word “yes” marks the behavior you like: the sit.

The marker is a contract: You must reward your dog if you use it (even if you use it accidently). Markers help us communicate more effectively with our dogs. It takes us a few seconds to hand our dogs a treat so they may have moved onto another behavior by the time the reward comes. The marker instantly pinpoints the behavior as something desirable.

How do I modify this behavior?

Now that you have the cause, the trigger (or triggers) and the threshold, you can start working on your dog’s leash reactivity. The method will differ depending on the cause.

Fear-based reactivity. To effectively change the behavior, you’ll need to change how your dog feels about the trigger. For instance, if he is fearful of other dogs, you have to teach him that dogs aren’t scary and there’s no need to be afraid. You can do this by having the trigger (in this example, other dogs) predict that something great is about to happen, like he’ll get his favorite treat. If you pair the sight of other dogs with the dispensing of treats enough times, he’ll learn that other dogs aren’t so scary. In fact, seeing another dog means that a treat is coming. Once you change how he feels, you can taper off the treats so he doesn’t need them every time.

There are several training techniques that you can use. At Best Friends, we use a training game called Look at That (LAT). Here are the steps:

This game rewards your dog for calmly looking at a trigger and looking back at you instead of reacting. It also is changing the way he feels because the trigger morphs from something scary into something great: Seeing the trigger means something good is about to happen.

While doing the exercises, keep in mind that it can take a long time to change deepseated fears (think of the fears you had as a child that still exist). Be patient: Even baby steps are signs of progress. Also, it’s a good idea to refrain from petting your dog during the training. While you cannot reinforce fear by petting and coddling, it may make your dog feel more trapped or he might redirect his fear onto you in the form of a bite.

Frustration-based reactivity. The LAT game can also be helpful for this type of reactivity because it teaches a more appropriate response. During the training, avoid physically holding back your dog as this can increase his frustration and may lead to a redirection bite.

You can add this element to the game: If your dog is calm, he gets to meet whatever he’s excited about. Making sure he gets to spend plenty of time with his trigger in an appropriate manner can help curb this behavior, too. For example, if he gets excited every time he sees another dog on leash because he wants to play, investigate doggy daycare services in your area to find an appropriate outlet for him. In addition, making sure he lives a physically and mentally enriching life can calm him down in many aspects of his behavior, including leash reactivity.

Do you have tips for managing this behavior?

Employing management in conjunction with training can help set you up for success. Try to avoid triggers when you and your dog are not prepared to train, and avoid situations, such as large events, that may cause trigger stacking.

Sometimes, of course, it is impossible to avoid a trigger — for example, if your dog is reactive toward other dogs and you have an appointment at your vet’s office. Many vets will allow you to wait in your car with your dog until they are ready for you so you can avoid reactive behaviors. If that’s not possible, consider trying a calming cap, a hood that goes over the dog’s head and eyes. He’s still able to see, but the effect is calming, like when you put a blanket over your head. Wearing a calming cap can take the edge off, so your dog can make it through the lobby of a vet clinic peacefully. The calming cap will not change how he feels about his trigger, however, so training should still be done.

Are there training techniques I should steer clear of for modifying this behavior?

Yes. Training techniques and tools (including choke chains, prong or pinch collars, and shock or electronic collars) that rely on inducing fear, pain or punishment should be avoided when working on leash reactivity. If your dog has fear-based reactivity, adding to his fear will only make it worse. If he’s punished each time he sees his trigger and starts reacting, he’ll start associating the punishment with his trigger, which can make the behavior even worse. If your dog has frustration-based reactivity, these techniques may increase his frustration (think trigger stacking) and cause him to lash out at the nearest thing: you. The increased adrenaline due to excitement can easily tip over to the aggressive side.

Sometimes we see these training techniques being used with fear-based reactivity and the behavior stops instead of increasing. What’s really going on? In these instances, the dog is so fearful that he shuts down and doesn’t display any behavior at all, for fear of what may happen to him. While this seems to fix the behavior in the short term, it usually leads to other (often worse) behavior issues in the future because the underlying cause of the behavior hasn’t been addressed. It’s similar to someone chewing gum as his only strategy for maintaining dental health. To others, this person might appear to have a healthy mouth, since his breath is fresh, but in reality he has tooth decay and gum disease that could cause problems later on.

In addition to causing other issues, we don’t want our dogs to live a life of fear. That’s not the way we would want to live ourselves.

Will leash reactivity ever go away?

Yes and no. Behavior modification doesn’t come with a 100 percent guarantee; there is always the possibility that a dog will revert back to leash reactivity under a perfect storm of circumstances. In general, however, a leash-reactive dog can be brought to the point where most of the time he doesn’t show those behaviors. As mentioned above, achieving success can take a while, so be patient, diligent and consistent in your training.

How can I learn more?

For more information on reactivity:

You can find additional lifesaving and dog training resources below. 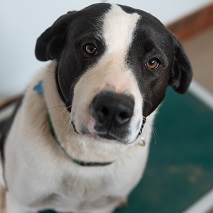 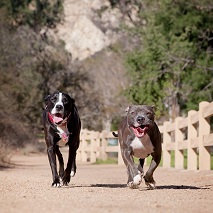 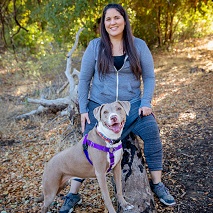