It’s no secret that jobs in animal welfare don’t pay a lot. As Best Friends CEO Julie Castle notes in her upcoming blog, “the saying has always been that ‘you’ll never get rich working in animal care’.” Far from getting rich, though, working in the field means you often aren’t even making enough to get by.

Again, Julie puts it best when she says: “These incredibly skilled, passionate employees shouldn’t be leaving animal welfare to work someplace that’s below their skillset or their passion simply because they need to receive a living wage.”

It could be due to today’s strained economy, where everyone is competing to fill jobs from an applicant pool with the luxury of being picky and demanding higher wages. Or it could be related to an industry trend toward demanding staff get paid what they’re worth. Either way, the impact hopefully will be the same: staff in our field will begin to see bigger paychecks, especially when it comes to entry-level caregiver positions.

Best Friends recently took up the challenge of creating living wages for all staff. Every position was evaluated during the lengthy compensation review, with caregivers representing a unique opportunity to set an industry standard.

“We wanted to be market competitive, and that was generally fine for most positions,” says Steve Howell, Best Friends’ COO/CFO. “For animal care, however, we felt that the entire industry underpays and the costs of that show up directly in quick burnout and high turnover.”

In fact, the market standard so chronically undervalues the role of animal caregivers that it wasn’t used in the process. Instead, we looked at what employees needed to survive as well as the fact that they have the crucial job of caring for the animals who are the heart of our very mission. 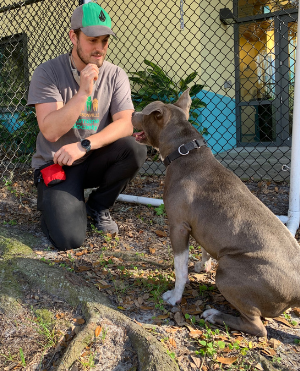 Granted, there are many perks of living and working in the small town where Best Friends is headquartered. It’s beautiful, for one; you know everyone, not just your coworkers; and you are immersed in the passion and mission of the organization every day.

But entry-level staff struggle there as much as those in other cities. Until recently, starting wages of $13 an hour meant caregivers were living paycheck to paycheck, sharing rentals with multiple people and worrying about how much money would be left over after paying even a portion of rent and utilities. Today, that pay range has been increased substantially in hopes that it will change that situation for the better and that Best Friends can serve as a model for other organizations.

We are hardly the only organization working on setting an industry standard, however. When Denise Deisler first became executive director of Jacksonville Humane Society (JHS) in 2011, minimum wage was $8 per hour. As you went up the ladder, both hourly pay and salaries were all over the map.

“I couldn't make any sense of it at all,” she says. “It wasn’t even the case that people were receiving like pay in like jobs.” Clint Thacker faced a similar issue in 2017 when he became executive director of Animal Services Center of Mesilla Valley (ASCMV) in Las Cruces, New Mexico.

“Entry-level kennel workers were starting around $11 an hour, and I couldn’t understand how they could live on that,” he says. “Most have families, and more than half have second jobs.”

Lucky for their employees, Both Clint and Denise were determined to bring starting wages up to a point that made it possible for people to follow their passion and earn a reasonable living.

Making the case for change 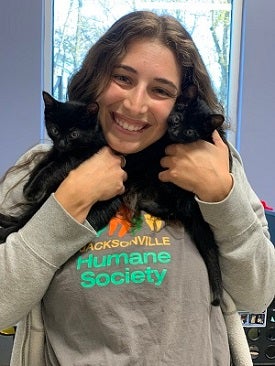 It might be easier for a large organization like Best Friends to find the dollars, but you don’t have to have such a big cushion to do it. Denise made it happen despite some significant challenges, including a horrific fire that devastated JHS in 2007. The blaze destroyed all but two outdoor kennel buildings and necessitated a four-year, $15 million capital campaign to rebuild – leaving no funding to bring up staff wages.

“Before we could even begin the campaign, we had to recover operationally from the economic downturn of 2008,” says Denise. “Between those two financial challenges, we were not able to address pay significantly until 2017.”

Coincidentally, in 2017 Florida began a 10-year plan to move minimum wage to $15 per hour; Denise put a much more aggressive timeline in place to reach that amount.

Clint also experienced a helpful coincidence when he started efforts to bring up wages.

“As I was lobbying for the change last July, the city of Las Cruces was moving all their employees to $15 an hour; the county is in the middle of implementing some salary increases, too,” he says.

“It’s an ideal time for municipal shelters to be doing this, because due to the impact of COVID on the economy, it’s likely their government is already looking at increasing pay ranges.”

Just because your aim is to increase entry-level pay doesn’t mean it has to happen immediately if your budget doesn’t allow for that. Making gradual salary adjustments and mapping out a plan to redesign compensation is one method of reaching that goal. Also, since it’s likely many organizations have vacancies, consider reducing the number of positions you’re recruiting for and pay a higher wage for three jobs instead of lower wages for five. Or take the dollars you haven’t paid out during those vacancies to fund current employees at a higher rate. 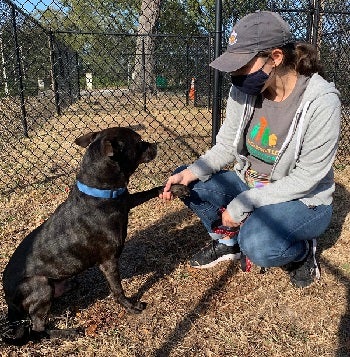 “We have several unfilled positions, so we used those salary savings to fund increases until June 30th,” Clint says. “Then I put the salary increases in the budget request.”

At JHS, annual fundraising has kept pace with pay increases – coupled with keeping a sharp eye on other expenses. A fallback plan was to take a 5% draw-down from the reserve fund it had been slowly building over time, but so far Denise says they have not had to use it. Both Denise and Clint also made it clear that they were not backing down on the need for permanent changes in pay.

“I told the city and county if we don't get the increase we need, it means so much to me that I will cut some operation costs to fund it,” Clint said. “I also stressed that without it, we’re not going to be able to hire people when they can go across the street to Wendy's for more than they're making here.”

Denise agrees that competition is a factor driving this change, but so is looking at what can make your jobs more appealing.

“A fair wage absolutely is necessary,” she says. “But if you’re paying $20 an hour and that’s the market rate in your community, you're going to lose people. Especially compared to working at Starbucks or Target.”

Making it about more than just money

The dollar part is only one piece of this puzzle, and there are other ways to increase job value. Before you just decide what elements to add to caregiver positions, ask the staff what is important to them.

“We did a poll asking who would like to do drive transports, for example, and 90% of the employees said they wanted to,” Clint says. “We created two animal care specialist positions who are kennel workers with an additional emphasis on transportation. We're also added a manager position.”

JHS no longer has strictly kennel tech jobs; those are now animal care and enrichment positions, so it’s no longer all about cleaning kennels and prepping food. Staff also have a clear career path the minute they walk in the door – and a chance to develop required skills before they move into another role.

Being able to plan their lives around their job is another aspect of increasing the value of these roles, and you can do that with simple changes like planning schedules a month in advance instead of only a couple days ahead of time.

“Making this happen was very stressful,” Clint says. “But when you have somebody say, ‘Now I'll be able to quit my second job and spend more time with my kids,’ that makes it all worth it.”

Above all, remember that people going into this field typically love animals.

“When I hire people, I tell them that JHS has something nobody else does: an opportunity to work under some of the best people in the state,” Denise says. “Here they get a chance to work with an organization focused solely on mission. They will never work harder and will go home tired every night, but they’ll sleep well knowing they made a difference every single day.”