Over the past few decades, the role of animal shelters has become more finely tuned. Expectations are that they will create positive outcomes for all but the most medically or behaviorally challenged animals, and the relationship with the community is becoming collaborative as opposed to what could be characterized as “us vs them.”

With a change in role comes a need to change how shelters provide services, but not everyone understands or agrees with those changes. Amid differing viewpoints on, for instance, returning cats to their outdoor homes, it becomes easier for city and county leaders to support the status quo. 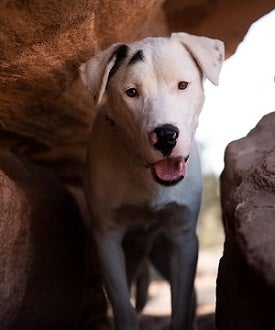 The Best Friends Network strives to give shelters and animal rescues the resources they need to save more lives, which includes up-to-date information about the kinds of proven lifesaving programs we support. These programs don't have to look the same everywhere, but we know they work in the changing landscape of animal welfare and it’s important that we validate these changes to the communities trying to implement them.

"Whenever shelters want to make dramatic changes to anything they're doing, those changes are often met with resistance" says Brent Toellner, Best Friends' senior director of national programs. "But many of these changes are necessary. As a national organization, we have a good understanding of programs where pushback is likely to occur, and we wanted to create tangible, concise and visually appealing endorsements to help explain understand why these programs are better for communities and the animals we seek to serve."

That’s why Best Friends created infographics for the following program endorsements: “Community-Based Field Services,” “Community Cat Programs,” “Conversation-Based Adoption Services,” “Return-to Home Programs” and “Strategic Intake Services.” Each resource lays out why we support a new approach to a longtime challenge facing shelters and includes programmatic elements that have been successful in organizations of all sizes.

“If an organization or individual is getting pushback within their community, they can say they are doing programs that are nationally proven,” Brent says. “Our endorsements hopefully will make it a bit easier for shelters to gain community trust and support for such changes.”

Homing in on hot topics

When it came down to deciding which types of programs we wanted to focus on, the choice was relatively straightforward. After all, we see the online chats, hear from our Network partners and have our own experiences to know which programs are likely to cause controversy.

“We work with enough shelter directors to know where they experience pushback,” Brent says. “We get the same pushback when implementing these programs at our sanctuary or lifesaving centers. That made it easy to focus on the list of what program endorsements we wanted to create.”

For example, community-based field services may not be embraced because it appears to be about shelters turning down animals they previously would have accepted. And many community cat programs include the component of returning cats to their outdoor homes regardless of temperament, which definitely raises some hackles.

“I’d say that the issue of returning friendly cats is one of the things that started the idea behind creating program endorsements,” says Bethany Heins, director of strategy and Network operations. “It’s not uncommon for us to hear from shelters getting beaten up in their local community because they wanted to include that component.”

To be fair, however, such resistance can come from a good place. People want the best for animals and don’t have enough experience with a new approach to appreciate the nuances. We’ve each had these same struggles when initially faced with different concepts. When we take the time to talk about why we are challenging long-held beliefs, we can get the needed buy-in. 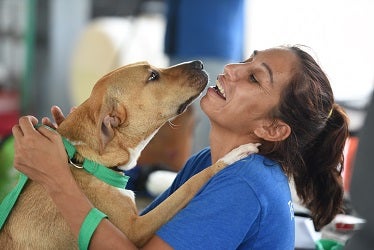 Scott Giacoppo, director of national shelter support, has plenty of examples of animal protection staff who once bristled at the idea of waiving citations and spending time knocking on doors to find where a roaming dog might live but now are embracing it.

“Officers with shelters trying this new approach understandably are concerned about appearing to be ‘lazy municipal officers’ who no longer want to pick up every animal,” Scott says. “Being able to prove to the public that these changes are considered effective strategies by a variety of national groups, including Best Friends and the National Animal Care & Control Association, will give those officers more confidence when talking about the rationale behind policy changes.”

Deciding on the endorsements format

While we stand behind the principles of the five concepts outlined in our endorsements, we recognize that shelters will embrace only those program elements that make most sense for their operation. The infographic format allows us to present the philosophy behind the programs and then show some options shelters might consider including. 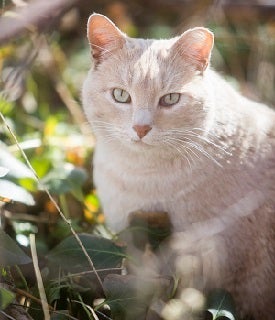 “It was important to us to show support of key programs in the least prescriptive way possible,” Bethany says. “These endorsements leave it more open-ended, so shelters can decide how they want to implement such things in their community.”

We also chose the infographic format because it offers an easily digestible overview of the primary components of shelter programming.

“Our website is full of detailed tactical resources on how to execute on a program,” Brent says. “But asking a city administrator or council member to read an entire handbook on community cat programs, for example, is not a realistic expectation. Also, they will not get enough information out of our position statements to understand the nuances of putting them into practice. These endorsements are a marriage of both.”

Bringing “new” practices into the mainstream

It’s our hope that these endorsements will help shelters pitch potential changes as well as justify them. When city administrators ask, “Why do you want to take this approach?” or ‘Why should we provide funding to support these new ideas?” shelter leaders will have a tool to support the argument that these are nationally respected policies.

But we also hope that showing national endorsements will move these philosophies into the mainstream. After all, a lot of mainstream thinking today was considered “way out there” a decade ago.

“Many people in the industry, including me, have evolved in their thinking about whether certain cats can live outside safely or waiving adoption fees equates to setting animals up for failure,” Brent says. “These weren’t ideas we embraced a decade ago, and a decade from now we may no longer support practices we consider to be standard today.

“We're making positive changes in animal welfare and groups should be excited by that. It does come with challenges of course, but overall today’s changes are good ones,” he adds. “If we're not evolving, we’ll all get stuck in ‘solutions’ that no longer are saving lives or creating an industry that deserves the respect and support of the public.”