Analysis Shows Great Gains in Lives Saved, Doubling Down on Areas that Need Most Support

For years, the number of animals dying in shelters was largely based on broad projections. In 2016, we began dedicating resources to collecting and analyzing data from shelters around the country on an annual basis with a goal of building a comprehensive dataset. Our first analysis showed that for 2015, the number of animals dying was close to two million and the national save rate was 63.9%. While that was better than some of us suspected, it underscored the belief that we still had far to go.

We have seen improvements year over year since then, with the 2019 National Dataset showing that 625,000 dogs and cats unnecessarily lost their lives in shelters in 2019 and the national save rate was 79%. The 2020 National Dataset shows that figure has dropped by 44.5% to 347,000 and the country now sits at an 83% save rate. These figures are an amazing testament to how the industry has worked hard to rapidly adjust to ever-changing needs!

Before I get to the high points from this year’s analysis, I want to note that we refined our definition of a shelter, and the dataset now includes the statistics from more than 3,300 shelters. We also changed the definition of community to counties rather than incorporated places, which improves the usability and relatability of the Pet Lifesaving Dashboard. We use this definition to count the number of no-kill communities as well.

Now for the really exciting stuff:

Lifesaving by the Numbers

By 2020, more than 2,000 shelters have reached no-kill status—nearly half of all shelters in the country—and one-third of communities are also considered to be no-kill. Both these numbers have doubled since 2016.

In a tremendous show of progress over the past five years, the number of cats and dogs being killed in U.S. shelters has decreased by 76%. That’s more than 3.4 million more animals in total that have been saved over five years through targeted programming in shelters. 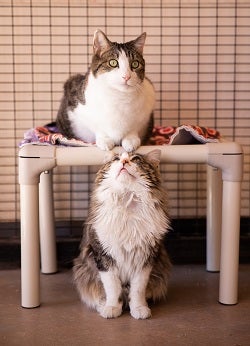 Since beginning data collection back in 2016, we're identified the states that make up half of the gap to 90% and for several years that has been five states. This year, however, it's now six and the new priority state in the mix is Alabama. Only 31.5% of shelters in Alabama are no-kill, and 16,825 dogs and cats are still unnecessarily losing their lives there.

The remaining five states are the same: Texas, California, North Carolina, Florida and Louisiana. Texas and California remain the top two states, at one and two respectively. Both states are challenged by large human and animal populations -- but are making great progress. The two states combined to make up 38% of the lifesaving gains in 2020. Other improvements included:

Last year we were excited to see that 91% of no-kill shelters remained so, and the numbers are even better this year at 93.7%. This supports the theory that the longer a shelter is no-kill, the more likely they are to remain no-kill.

For shelters that do lose their no-kill status, an average of 51.7% are back at a 90% or above save rate by the following year. 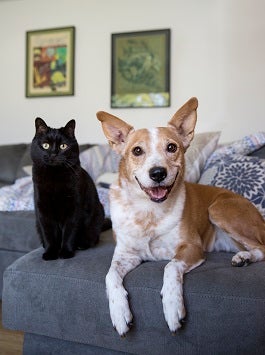 And this year’s dataset continues to identify cats as the biggest area where shelters need assistance. Sadly, it remains the case that more than two cats are needlessly losing their lives for every dog that does, even though intake numbers are higher for dogs. But we see the above trend for engaged shelters holding true in the case of cat programming as well. Where shelters worked with Best Friends on implementing targeted programs for cats (e.g., RTF, TNR, barn cats) they saw an improvement in cat lifesaving of 72.7% vs. 30.2% for those who were not engaged with us in cat programming.

On the Right Track

The results of each year’s data analysis show our industry to be on the right path toward getting to no-kill. The number of people who believe it’s very important to essential to have no-kill shelters in their communities continues to grow—rising from 81% in our general population survey published in 2020 to 85% in the 2021 version.

Communities have recognized that they can be part of the solution to achieve no-kill. As a result, we saw less pets entering shelters and more lives being saved.

We hope that all our Network partners find the latest data as useful as we do when deciding on key focus areas for programming. We also hope you’ll be as excited as we are to see the continuing lifesaving trends and the ever-increasing interest from community members who want to pitch in and help more dogs and cats than ever leave shelters and head off to new homes.

For more information about the state of animal welfare today, go here.