When Best Friends planted the stake in the ground and announced the no-kill 2025 goal in 2016, we realized that to achieve the goal, we needed to know much more about what was happening to animals in shelters across the country. But, unfortunately, the data available at that time was very minimal. So much so that no one even knew how many animal shelters there are in the United States.

As the annual data collection effort to support no-kill 2025 moved forward, we wondered. What if we turned the gathered data into an easy-to-understand visual representation of the lifesaving progress, and what if it were made available to the public? Doing so would put the most current lifesaving statistics for every shelter in the country at the fingertips of individual advocates, policymakers, animal shelters, and rescue organizations for the first time.

With the release of this year’s Best Friends 2020 national data set, the dashboard saw some significant upgrades - building on a tool that already earned recognition from Fast Company magazine, which announced its annual list of the world’s most innovative companies for 2021. How we collect, analyze and use data, including the development of the dashboard, put Best Friends in the top 10 in the data science category.

So what is the pet lifesaving dashboard, and how can it help in your lifesaving work? This week’s guest is one of the architects of the tool - chief mission officer for Best Friends, Holly Sizemore. 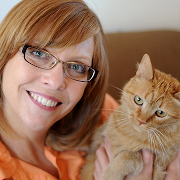 Holly Sizemore entered the animal welfare world in 1991 when she discovered a colony of community cats eating near a restaurant dumpster. The experience inspired her to co-found the first trap-neuter-return (TNR) organization in Utah (Community Animal Welfare Society, located in Salt Lake City) and she co-led that organization as a volunteer for more than 10 years.

In 2010, Holly took a national role at Best Friends and has provided leadership support and stewarded growth in these areas: animal care at Best Friends Animal Sanctuary, the Best Friends Network, community cat programs, and puppy mill, cat and pit bull initiatives. In her current role as Chief Mission Officer, Holly oversees the areas of national programs, national no-kill advancement, and legislative and advocacy efforts. A member of Best Friends’ senior leadership team, she feels very lucky to be able to work with the teams at Best Friends who are dedicated to scaling up and sustaining the programs that will help create a no-kill country by 2025.

Holly’s leadership has focused on growing and improving upon many of the early innovative no-kill programs and tactics implemented throughout Utah, including comprehensive shelter-focused community cat programs, large-scale adoption events, targeted spay/neuter, open adoption policies, community collaboration, data analysis efforts to steer lifesaving, legislative reform, widespread marketing and awareness efforts, effective change and conflict management strategies, and public-private partnerships that involve working side-by-side with shelter partners. The shelter-focused community cat programs have evolved into one of the most effective, efficient and transformational tools in a community’s journey toward no-kill, and Holly is most proud of seeing how use of this model is growing exponentially throughout the U.S.

Holly holds a bachelor’s degree in fine arts from the University of Utah and a master’s degree in public administration from the University of Washington. She and her husband share their home with a few former community cats and one adopted dog. Holly believes that we will achieve our common goal of achieving no-kill nationwide by 2025 through the right balance of warrior resolve, patient persistence and true collaboration.