If "nobody's perfect," then why do we expect all pet adopters to be?

Every time someone chooses to adopt an animal, we have the opportunity to positively change that person's life and save the life of an animal. So why do we still put up so many barriers that make adopting an animal so unreasonably difficult?

The reasons to deny a pet adoption are as vast as they are inane. Sometimes it's because of age (of the adopter and/or the pet). Others are rejected because they are a renter, while another potential adopter may own a home, but the yard doesn't have a fence. Some organizations go so far by asking if you plan to have children anytime in the next decade. This often grueling and unnecessarily invasive adoption process does little to determine how much a pet will be cared for and drives good people away from our lifesaving work.

This week we speak with Lawrence Nicolas, the Chief Operating Officer for the Peggy Adams Animal Rescue League in West Palm Beach, Florida. Lawrence tells us about their open adoption process that sends roughly 6,000 animals to new homes each year while maintaining a return rate of under 4-percent. 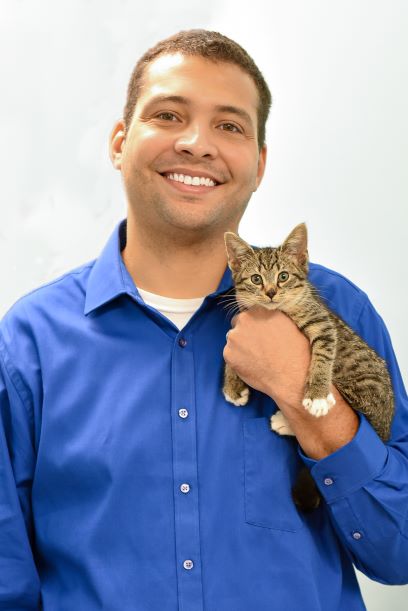 Prior to joining Peggy Adams, he was the senior manager of lifesaving for Best Friends Animal Society in Utah, overseeing adoptions and foster, events and volunteers and the external shelter support work Best Friends coordinates across Utah.

Lawrence lives with his wife and two-year-old son, along with their three senior rescue pets.