Right now, hundreds of people representing dozens of shelters and rescue organizations are working tirelessly to help those who need assistance due to the winter storm that devastated Texas.

It was the first time in history that some parts of Texas were under a winter storm warning. Without the infrastructure and resources to handle ice, snow, and bitterly cold temperatures, millions of people lost electricity. Many also had to go without water or were under boil orders as frozen pipes burst faster than the utility companies could fix them. It's hard to believe, but there are still Texans who have not had their power restored.

Even the most well-resourced animal shelters and organizations have struggled through this time, so the resource-strapped shelters, such as those in small, rural communities, are in dire straits. From providing resources to local shelters and pet owners to transporting pets to other communities where they are guaranteed a positive outcome, the collaborative work is once again proving the resiliency of this movement. We always find a way to rise to the occasion - even during those times we never thought could happen. 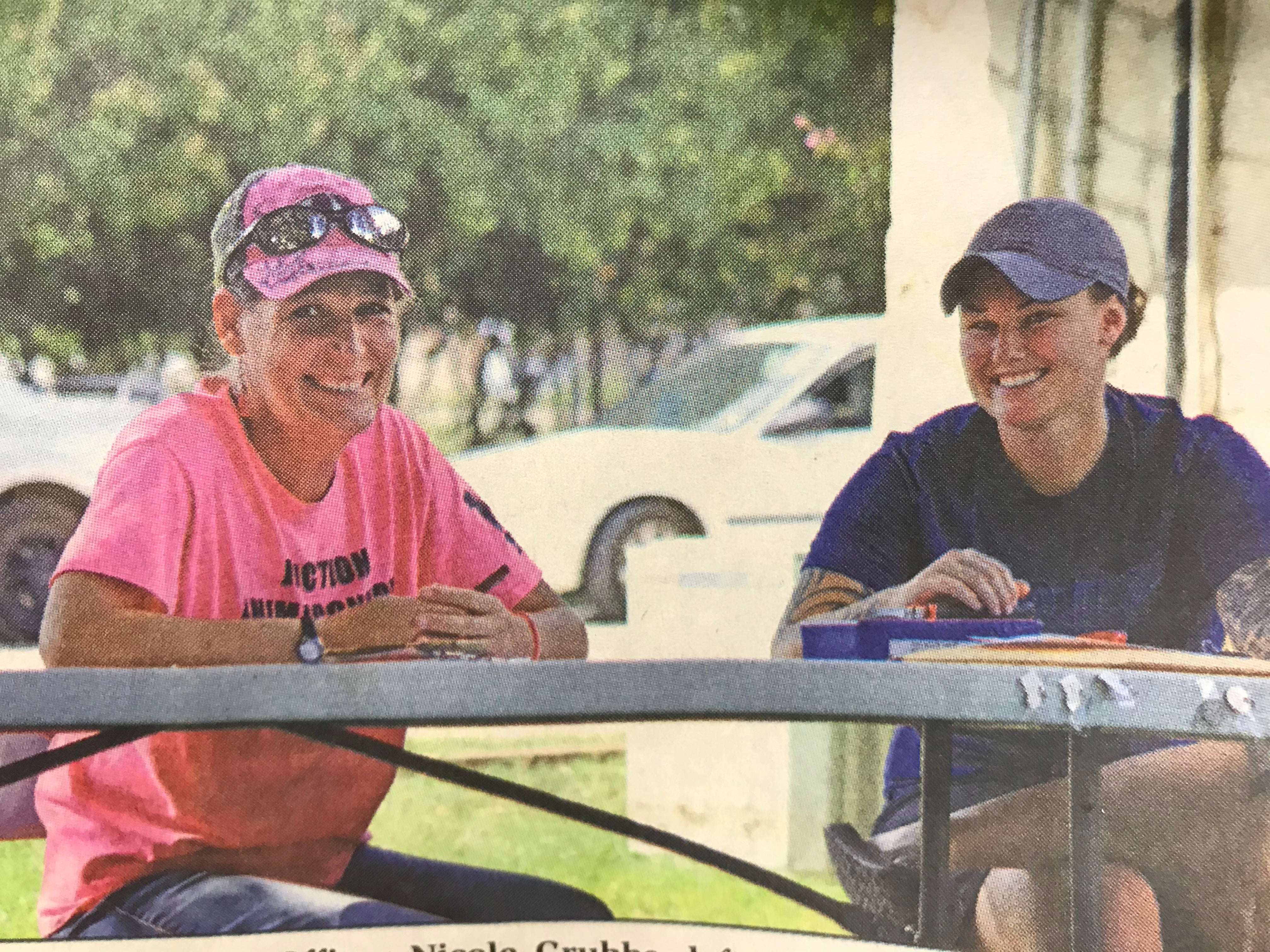 Nicole Grubbs (L) is the animal control officer/department head for the City of Junction's Sam B. Coffey Animal Shelter, located in the Texas hill country. Nicole has been working for the city for four years two of which were for animal control. In her spare time she enjoys sewing and fishing and spending time with her two kids Nicholas and Ellie. She also enjoys gardening.

Brittany Jandasek is a full-time Texas State Trooper who has been working as the part-time adoption coordinator for the shelter since May of 2020. She and her fiance enjoy spending time with their 3 dogs, anything on the water, and outdoor sports. 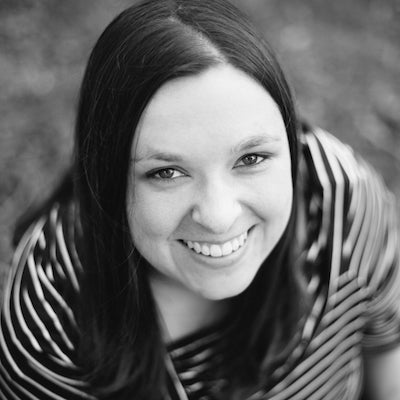 Christy Anderson inadvertently began Wright-Way Rescue in 2002 when she and her college roommate hid a puppy in their dorm room. That puppy had been scheduled for euthanasia the next day along with, literally, all of the animals at the facility where it was being kept. Upon seeing the number of adoptable dogs, cats, kittens, and puppies being killed in these rural animal control facilities, Christy began transporting them from Southern Illinois north to her native Chicago where family and friends were eager adopters. Within a year, this lifesaving effort had grown to full nonprofit status, and, in 2020, Wright-Way Rescue saved over 7,000 lives.

Christy has been a pioneer of the transport model of rescue and has combined that with a strong emphasis on shelter medicine and low-barrier adoptions. She has built a multilocal organization focused on helping Rural America through a network of over a hundred rescue partners. Wright-Way Rescue takes in dogs, cats, kittens, and puppies, and has special experience in helping mommas and babies, major medical cases, and animals who have been exposed to or tested positive for parvovirus or distemper. At any given time, Wright-Way has 40-50% of its animals in foster homes.

Wright-Way Rescue’s DNA is built around the idea that More Is Possible, and Christy is always looking for new ways to improve and expand the impact of the organization that began by saving a single life without a plan or a facility or supporters -- just the determination to find a way.

Christy lives in Southern Illinois with her fiance and their three young children, along with their rescue dogs, goats, and horses. 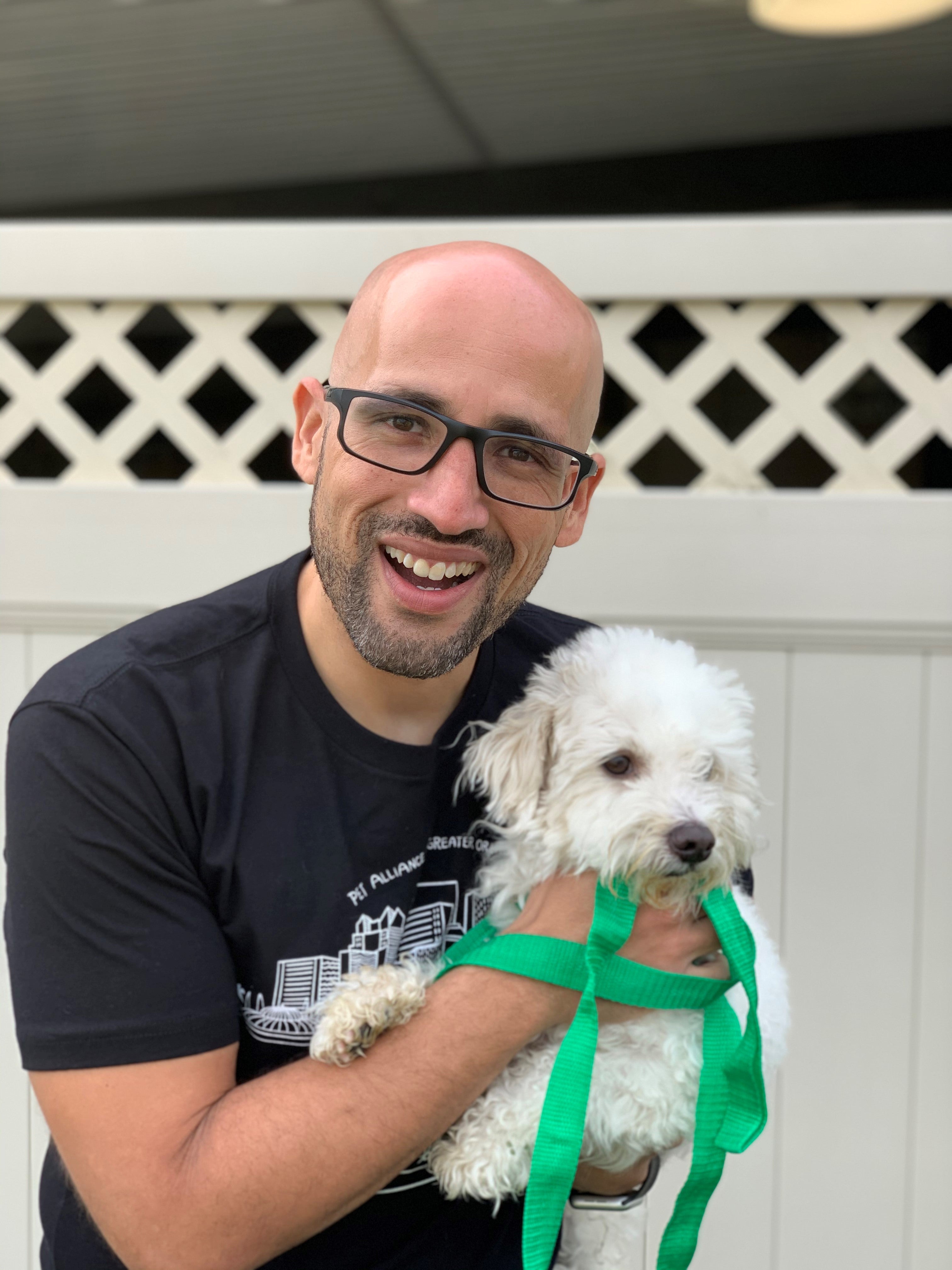 In his role with Best Friends, Fraily provides leadership for the East Coast Corridor and Houston Programs. He began his career in animal welfare in 2006, initially as a Humane Educator.

He has trained over 100,000 participants on responsible pet ownership, bite prevention, animal cruelty, pet overpopulation, pet-friendly housing, and leadership. During his time at The Pet Alliance, he transformed the education department to make it a Humane Education leader. The organization went from killing animals for space to an agency that looked at animals as individuals, achieving a save rate of over 96%.

A seasoned professional with over 20-years of experience in nonprofit management, he is a motivational speaker who encourages all to make a difference in their community. His professional affiliations include Chairman, Westside Tech Veterinary Advisory Board, Graduate of Leadership Orlando Class 80, a member of the Association of Animal Welfare Advancement's DE&I Committee, and a volunteer in several nonprofits throughout the area. He lives in Clermont, Florida, with his lovely wife, Brooke Weber-Rodriguez, and their five kids – Matthew, David, Kylie, Sophia, and Coco Chanel (adopted from the Pet Alliance).