To Save Them All, We Must Reach Them All - Kenny Lamberti

A priority for Best Friends is building a nationwide, grassroots movement of advocates who are willing to work together, all driven by the belief that people and their pets deserve compassion. We need to connect with others who share the common goal of ending the killing of cats and dogs in our nation's shelters by the year 2025 - even when that means going beyond our comfort zones.

As a teacher in inner-city Boston, Kenny Lamberti realized the power that animals hold. His dog, a 90-pound pit bull named Hank, helped break down some of the barriers that prevented the kids he worked with from fully opening up. Hank's ability to get the kids more engaged, regardless of their race or socioeconomic status was what Kenny calls his watershed moment and sent him down the path towards where he is today as the Director of Grassroots Advocacy for Best Friends.

Kenny uses his background, starting with his upbringing, to drive a strategy that has mobilized more than 16,000 advocates across the country. This coalition of like-minded and diverse individuals is proving that when we work together, we can create positive and sustainable change for pets and the people who love them in every community in America. 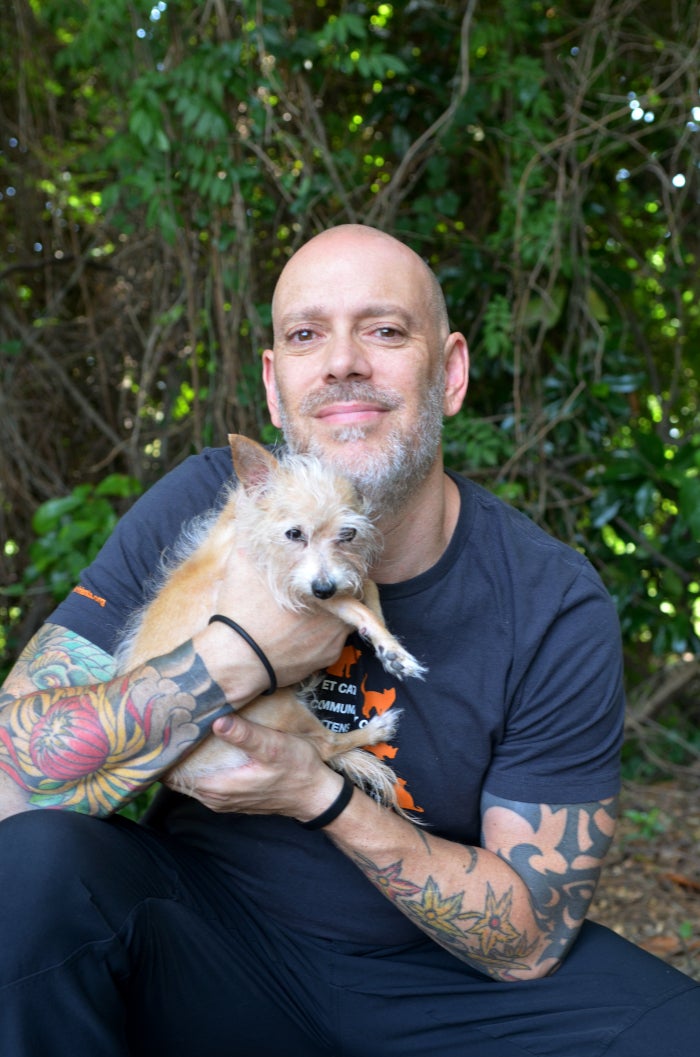 As the Director of Grassroots Advocacy for Best Friends Animal Society, Kenny Lamberti is tasked with creating strategies, tools, and resources aimed at mobilizing and activating the public. With an eye toward building a broad and inclusive network of advocates and voices, we will strengthen our efforts to make the country no-kill by 2025.

Kenny spent seven years working for the Humane Society of the United States (HSUS), most recently as Vice President of the Companion Animals Department. Kenny played a key role in morphing HSUS’s End Dog Fighting campaign into what became the Pets for Life program. He previously worked as a Dog Trainer and Kennel Manager for Animal Farm Foundation and has worked in the area of dog behavior for almost 20 years.

Kenny came to the humane movement with a background in community organizing, and has led initiatives for Harvard University, the Boston public schools, and the YMCA. Kenny’s unique professional and personal path to animal welfare makes him a coveted public speaker and inspiring force for the no-kill movement. Kenny’s passion for and commitment to community engagement, inclusion, and diversity have shaped his approach to his goal of building humane communities.