Starting in the 1970s, the animal sheltering movement slowly began to reject the practice of automatically euthanizing animals surrendered by the public at the owner's behest. This service, known as owner requested euthanasia (ORE), is still offered in many communities but only after consultation with the owner and the shelter staff and veterinarians. If the animal is determined to have an adequate quality of life, then other alternatives to save the life are considered.

Making end of life decisions for our own dogs and cats is difficult and emotional, and it’s no different in the shelter environment. And while it may feel inappropriate to second-guess these owner requests, it becomes a necessity as the data shows that OREs can be a significant portion of a shelters deaths. Healthy or treatable animals that are killed may be accounted for in the “ORE column" even though they are saveable. If OREs are excluded from the data, then the “save rate” (a calculation for the percentage of pets who leave the shelter alive) will be higher than it should be if the ORE’s were accounted for differently.

The latest lifesaving data shows that more than 50,000 dogs and cats may be in this category. The number of animals killed nationally is 625,000 so this is not a trivial issue. It’s delicate and may be uncomfortable, but this conversation has to happen if our goal is to treat each animal as an individual with a chance at life. 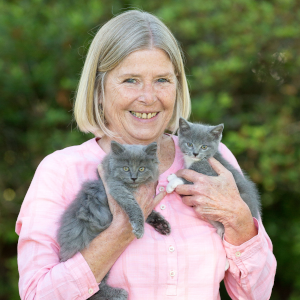 New programs like a kitten nursery and a renewed focus on transfers from the city’s shelter resulted in an additional 1,000 lives saved in her first year alone.

She currently serves as president of the Florida Association of Animal Welfare Organizations. She was selected by Best Friends Animal Society to be one of 20 experts to participate in a think tank of professionals to help shape and advance the national no-kill agenda.

Before coming to Jacksonville, she was the executive director of the Humane Society of Manatee County. She orchestrated a public-private partnership that ended trap and kill for feral cats, and she led lobbying efforts that resulted in the county becoming the first municipality in the state of Florida to formally adopt a no-kill plan.