Housing issues are the second most common reason people surrender pets to shelters. If not priced out by exorbitant pet deposits or monthly pet-ownership fees, arbitrary restrictions around species, breed, and size can often force a pet owner to make the worst choice imaginable.

While it may be easy to think, "I could never do that. I would just find another apartment," consider that there may not be another apartment. Experts say we are millions of housing units short of what we need to meet demand. The critically short supply creates greater demand, often making a landlord's policies more restrictive and monthly rents more expensive.

Federal, state, and local governments are considering solutions such as tax credits and rent control, but these measures often lack pet-inclusive language. Since two-thirds of Americans own pets, any reforms that don't consider equal access for pet owners will potentially put millions of people and pets in peril.

This week, we catch up with the national manager of housing initiatives for Best Friends, Elizabeth Oreck, as she shares good news out of California about a new bill aiming to keep low-income renters - and their pets - safe and housed. 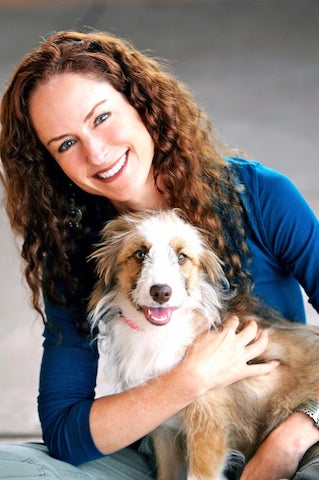 Elizabeth Oreck is the national manager of Best Friends Animal Society’s housing initiatives, which focuses on keeping pets with their families through legislation, policies and programs to increase pet-inclusive housing and remove barriers that lead to unnecessary pet surrender. Elizabeth has worked in animal welfare for more than 20 years.

She is a wildlife rehabilitator who has served on the boards of the California Wildlife Center, Pets90210, and the Coalition for Pets and Public Safety, as well as the regional council of the International Fund for Animal Welfare (IFAW). She began her career as a managing director for the Society for the Prevention of Cruelty to Animals Los Angeles and has been with Best Friends since 2008. She is also the national manager of Best Friends’ puppy mill initiatives.