Transport has been a critical lifesaving program for many years. Animals from under-resourced communities overwhelmed with homeless pets are transported to another where they have the opportunity for a positive outcome. This supply and demand model has saved millions of lives.

The goal isn’t solely to save the lives of the animals that can fit on that transport vehicle. Reducing the sending shelter’s population helps to relieve the pressure and allows the sending organization to focus on implementing programs and strategies to reduce their reliance on transport over time. But the financial costs and the process of finding partner organizations can make implementing a transport program challenging. And the potential spread of infectious diseases requires using best-practice protocols to ensure the health and safety of the pets in the receiving community.

This week, we hear from two experts - one from the programs side and the other a veterinarian - to talk through what you need to do to ensure you’re transporting responsibly. Audrey is the East regional senior strategist . Through her role at Best Friends, she helps shelters maximize their lifesaving potential by providing support and empowerment in operational efficiency, relationship building, strategic planning and program development.

Audrey has served in a leadership capacity in several shelters in both New York and North Carolina since 2006, including Brother Wolf Animal Rescue. As the Director of Animal Care for Brother Wolf, she began a mobile spay and neuter program, supported logistics for disaster response, provided operational support and assessments to municipal shelters, and managed the organization’s flagship adoption center and five chapter locations.

A bonafide shelter nerd, she enjoys all aspects of animal welfare and believes that success in the field requires being both a student and a teacher at all times. She has a particular fondness for mentoring individuals new to animal welfare, programs that keep pets with their families, grumpy old dogs, and watching teams achieve their goals together.

Audrey lives in the beautiful Hudson Valley with her husband Greg, her dogs Rumble and Mac, and her cats Paper and Shoshi. 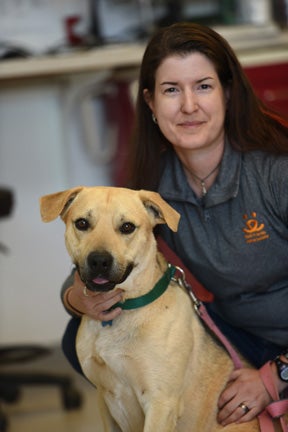 As Medical Director of Best Friends Animal Society, Dr. Erin Katribe oversees Best Friends Animal Sanctuary's medical department and also provides medical guidance for all of Best Friends' lifesaving centers and partner shelters. Keeping shelter and community animals healthy while navigating the balance of population care and care for individual animals is an integral part of our efforts toward achieving no-kill nationwide by 2025.

Erin earned her DVM degree from Texas A&M University in 2009, already knowing that her future was in shelter medicine and animal welfare. Following graduation, she moved to Austin, Texas, where she initially practiced full-time emergency and critical care and performed contract work in high-quality, high-volume spay/neuter and local shelters. In 2014, she moved to nonprofit full-time, working as the Medical Director for Animal Trustees of Austin, an organization that focused on access to care by providing low-cost services to the public and partnered with local shelters.

Erin moved to Kanab, Utah, in January 2017 to work at Best Friends Animal Sanctuary as a Staff Veterinarian, then Lead Staff Veterinarian. In late summer of 2017, she participated in Best Friends' response efforts following Hurricane Harvey in Houston by heading up the medical team. She helped the organization lead the way in saving the lives of dogs with distemper, as well as hundreds of other animals affected by the storm.

In 2018, she completed the master's degree program in shelter medicine through the University of Florida and also took on her current role as Medical Director. She has continued to provide contract services for the Humane Society of the United States Rural Area Veterinary Services program as a field clinic veterinarian. Erin is passionate about teaching the next generation of veterinarians about the field of shelter medicine, whether that's at the Sanctuary clinic or while focusing on access to care in underserved communities.