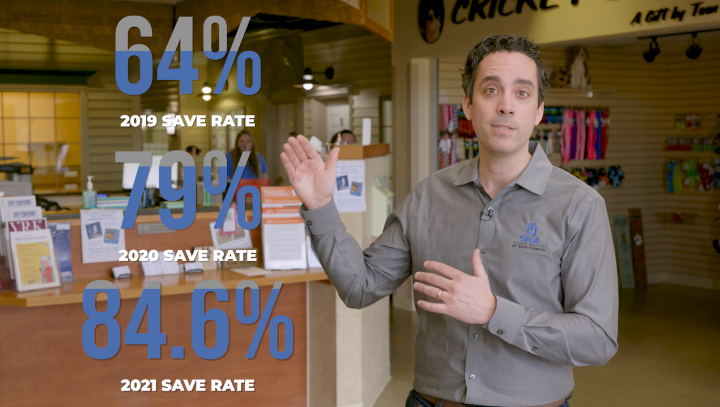 I think a lot of people in animal welfare would agree that we don’t go to a job every day; we serve a mission. And because we’re all working toward (relatively) the same goals, we’re generous with our expertise and knowledge across the industry. That’s something Steven Martinez, executive director for York County SPCA (YCSPCA) in Pennsylvania, stressed during his presentation “Pursuing Radical Transformation at Your Organization Against All Odds” at July’s Best Friends National Conference.*

The results Steven shared were extraordinary and indicative of radical change: YCSPCA increased its save rate from 53% in 2018 to 95.5% as of October 2022. But the way the organization did so was quite simple. Staff became “excellent at doing the basics,” and learned how by “stealing great ideas from others.”

“None of what I share is meant to be a blueprint,” he says in his presentation. “In fact, many of the ideas are tried-and-true policies and techniques that we just repackaged into what worked for the organization.”

Since many of you didn’t get a chance to crowd into the room and hear Steven at this year’s conference, we decided to share some of his key points in this Program Spotlight. Consider it Steven’s opportunity to pay it forward: 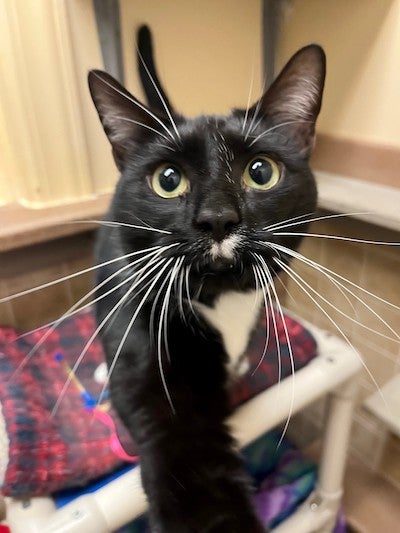 YCSPCA has been around since 1926, and though it wasn’t operating out of a nearly 100-year-old building in 2007, the time had come for a new facility. At the time, the organization imagined it was solving its capacity issue “forever” with kennels to house 100 dogs and 300 cats. In fact, every cage and kennel were filled within eight months – and they stayed full until 2020.

Steven stresses that the leadership at YCSPCA wasn’t out of step with the industry in making such an assumption. They were likely taking guidance from others it the field – the same thing Steven did when he came on board in 2019 and decided it was time to build out a new strategic plan to move the organization into the future.

YCSPCA’s strategic plan hinges upon five pillars of change to achieve radical transformation. In brief, they are: 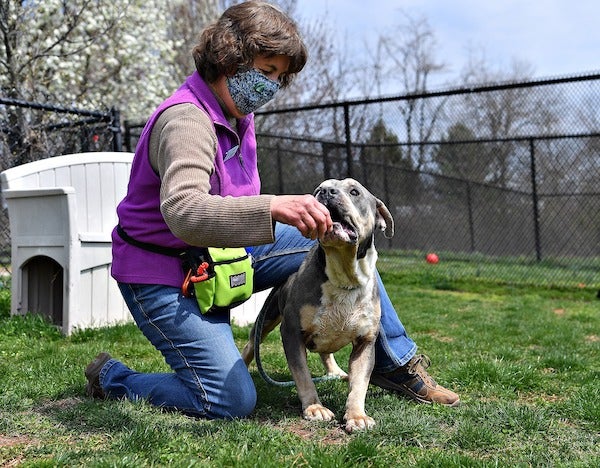 We can’t talk about change without talking about transparency. After all, Steven believes that “if you don’t give people the truth, they will invent it themselves.” But becoming transparent can be really frightening, especially if your organization is grappling with a history of public animosity. His advice? Don’t be transparent about everything all at once.

First, get control of your facts. Then, make sure your supportive stakeholders and opinion leaders understand them. Start with your inner circle and then expand out to the whole leadership team, the board of directors, staff and key leaders in the community.

The point of building an “in-the-know” base is to ensure that any data your organization shares has context. Without context, others (especially those who aren’t part of your fan club) can interpret data in ways that may not benefit your organization. Putting metrics in other people’s hands means you are at risk of losing control of their interpretation and subsequent narrative.

Instead, focus on building trust and empathy over time by educating people about what your data means. Then tie it to your metrics and your plans for improving. Then, when your organization begins publishing data on its website, it won’t be a shock to the system because enough key stakeholders and opinion leaders will already know what to make of it.

Be an influential leader 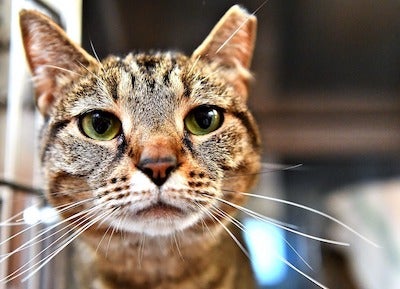 If you’re going to pursue disruptive change, you’ll need to get those key stakeholders and thought leaders to listen, understand, empathize and believe in your vision. You also want them to trust and respect you as a leader. Steven spoke about how genuine influence goes deeper than getting people to do what you want. It means that people will pick up where you left off because they believe in you and the world we are trying to create together.

How do you become this influential person? Steven relies on his strengths: being a likable person and a good storyteller. So, what makes up likability? 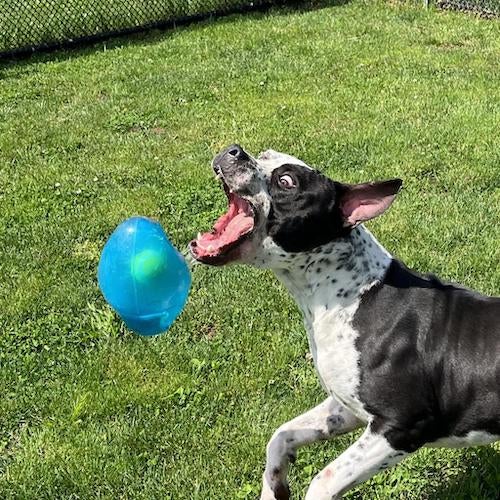 Even though many of us are driven to achieve more than just a paycheck, it’s hard to keep our spirits high sometimes. Steven believes leaders have to provide staff with a vision that gives their struggle meaning; they have to be a model by doing the right thing even when that work is hard to do.

And appropriately, he closed out his presentation with a story about hiking the Appalachian Trail to illustrate his point:

“It’s tough to keep working towards a goal when you’re faced with a million reasons to quit: Hiking that far is hard, it’s not always fun, sometimes people stink, and you work your butt off to get to the top of a mountain only to be surrounded by wet clouds and no view.

“It’s easy to wonder if the pain is really worth it, but then you realize you’re not alone on top of that mountain. There are people who care, who want to be there next to you. We fight hard to give every animal the best chance at a live outcome, and we have a lot of emotional, stressful days. But the clouds do part and we reach our goals together.”

*To hear more words of wisdom from Steven, make sure you're subscribed to The Best Friends Podcast as this week's episode (published on October 20th) features an interview with Steven where he shares more of his story and change management secrets to their success. You can also watch Steven's entire presentation he gave at the 2022 Best Friends National Conference.