Help! We Just Can’t Keep Up!

Strained Vet Resources Call for Reassessment of Some Shelter Policies

It seems like it wasn’t that long ago, prior to COVID-19 upending our lives and our way of working, that people in animal sheltering were talking about the shortage of veterinarians. Veterinarians and the support staff that keep them operating effectively are critically important to saving the most at-risk animals entering our shelters. Enter COVID-19 and the staffing shortages hitting every state in the country, and shelters today are having an even tougher time keeping up lifesaving practices.

Shortages in veterinary resources strain systems, delay medical care and increase animals’ length-of-stay in care (whether those animals are in a shelter building or foster care). And ultimately, reduced spay and neuter appointments can quickly grind adoptions to a standstill.

Like many shelters our lack of trust in the public to bring them back for appointments, or to get them fixed through their own vets, caused us to clamp down on any and all risk.

But can you find a way to keep adoptions moving? Start by asking these two questions to identify what keeps animals from leaving your facility in a timely manner: Are our policies designed to help, actually hurting lifesaving? What animals do you consider to be “adoption-ready?”

Establishing Policies that Help Rather than Harm

I once worked at a shelter that experienced a huge increase in adoptions due to some improved policies, which was great—but we struggled to keep up with spay and neuter surgeries. Our internal sterilization policy required that pets were altered before an adoption was finalized. That policy was actually stricter than our community ordinance, which allowed us a 30-day grace period after adoption within which to complete the surgery. 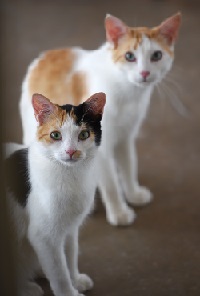 Why did our internal policy place additional restrictions on our operations above and beyond what the law allowed? Like many shelters our lack of trust in the public to bring them back for appointments, or to get them fixed through their own vets, caused us to clamp down on any and all risk. We wouldn’t allow even a single animal to leave intact. If we did, we’d be flooded with litters of puppies and kittens because people allowed their adopted animals to breed, right?

As a result, pets sat in our kennels while they waited to get on the surgery schedule rather than going home with their families right away. Every hour that ticked by was another hour, another day, and another night that a pet slept in a cage or kennel instead of a loving home. And as every shelter staff person knows, the longer those pets sat in our facilities, the more likely they were to get sick or have behavior issues arise.

Luckily, I had a mentor at the time who pointed out that, by sticking to our ideological standards of not allowing a single animal to leave our property intact, we were getting in own way. In our effort to reduce potential future intakes, we were increasing negative outcomes. That was hard for me to hear but it helped me see that we were allowing our current decisions to be controlled by an unreasonable fear of the worst-case scenario.

If your shelter is still hiding the medical cases away from the eyes of potential adopters and not offering them for adoption, stop.

To begin with, that worst-case scenario was really overblown because the reality is that shelters only ever touch a tiny fraction of animals that live in a community. So the theory that the ones who left our care without ever being sterilized could churn out enough offspring to set our community back forever simply didn’t hold water. Sure, there might be some noncompliance, but we know statistically the vast majority of pet owners choose to spay or neuter their pets, even when they aren’t required. Additionally in the case of dogs, we didn’t even take in many puppies. I had to come to grips with the idea that an accidental litter being born (in theory) was not the end of the world.

I know it can be hard to overcome long-held distrust of the public, because I’ve been there. But the fact of the matter is that any shelter seeing its cages fill up with animals who have already found homes, should send those animals home the day they are adopted. Just make sure there are clearly stated accommodations in the contract outlining when the animal needs to return to the shelter for surgery—or, even better for your stretched resources, you can allow the owner to get the spay or neuter surgery done elsewhere on their own.

If your community is one that has an ordinance that doesn’t allow for any adoptions without sterilization, I urge you to revisit the issue with your elected officials to soften or eliminate it and allow you the flexibility you need to save lives efficiently. In the meantime, placing those animals in foster homes with their soon-to-be adopters or working with an attorney to draft an adoption agreement that is only finalized after surgery is completed are your best options.

Because those laws put a huge burden on shelters, and don’t allow the flexibility to adjust as your veterinary or adoption situation changes, we shouldn’t be trying to work around them; we should be trying to change them so that the power to make choices that best serve our reality is in our hands. Has your shelter pledged to become “barrier-free”? Here’s another barrier to work on!

Overcoming the Myth of the Perfect Pet

We’ve long had this idea in sheltering that people will only adopt “perfect” animals, which means we must make every animal who comes to us completely whole before putting them up for adoption. We have no problem promoting a sick or injured animals for fundraising purposes to get them the necessary medical care, but we often refrain from promoting them for adoption at the same time. Within the shelter, the areas that are off-limits to the public are filled with cats who have URIs, heartworm-positive dogs or animals of all kinds with ringworm. Why do we hold onto them throughout their entire treatment journey, even if it stretches our resources beyond capacity? Once again it comes back to lack of trust in the public to take good care of sick or injured animals.

If your shelter is still hiding the medical cases away from the eyes of potential adopters and not offering them for adoption, stop. People are perfectly capable of treating a variety of illnesses and are often excited by participating in the same lifesaving work you do daily (and take for granted). While you can still offer the medical resources to assist adopters with a specific illness, it’s not uncommon for people to take over financing care, sometimes providing extensive veterinary care that your organization can’t even afford as you balance the needs of so many animals.

I once worked at a selective admission shelter that took in animals from our municipal partner shelters. Our team was going to select some animals to transfer in and I asked them to please not bring any more orthopedic cases. We had several at the time already and I was unsure how we were going to pay for all their veterinary care.

Of course, when you work with a team of passionate lifesavers, they often will make decisions to save lives regardless of the costs. Later that afternoon I ran into them carrying in a dog who had been hit by a car and was likely in need of an amputation. I couldn’t be angry at them for wanting to save his life, but I was now really worried about our budget and ability to provide care.

It turns out that a teenager who was volunteering at the time overheard the conversation and was heartbroken at the idea that the dog faced an amputation. So, she reached out to her network of support… she called her dad. A few hours later dad showed up. She had hardly left the dog’s side and by then, not only did the family want to pay for the dog’s care, they wanted to adopt the dog right then and there.

Our shelter typically didn’t adopt out such cases prior to us making them better, but in that moment, I realized how passionate that young girl was, and I knew the right thing to do was allow them to participate in saving that dog’s life. We sat down with dad, explained the injury, and offered to set him up with an appointment with our veterinarian. He wasn’t even fazed and politely declined. The dog left that night and ended up going to an orthopedic specialist who saved his leg.

Instead of worrying about an uncaring public when releasing animals who aren’t perfectly healed or finished with treatment for an existing illness, we can provide clear communication about the issues and let adopters make intelligent choices for what is right for them. The more we can learn to trust the public and empower them, the more people will surprise us.

Partnering with the Public

I know I’ve said it many times before, but we need to toss out our knee-jerk habit of viewing everyone coming through the door suspiciously and see them instead as potential partners. There are plenty of adopters who want to participate in saving animals lives, and if we don’t inspire and empower them the burden will continue to fall entirely on us.

Especially now, when veterinary resources are strained everywhere, it makes sense to try and diversify whenever we can. Each of us can only do as much as we can do but even if every clinic is backlogged, the odds of getting animals sterilized or treated for medical issues sooner increase when the public can tap into their networks, too.

I would say imagine what we could do if we had access to the resources of the entire community rather than just our finite resources, but if we can just get out of our own way, we won’t have to imagine it at all.

Is your shelter ready to knock down more barriers to lifesaving? Check out these other resources: