Hopefully, your organization celebrated all things feline on Community Cat Day this past Saturday, October 16th. Or maybe you celebrated National Feral Cat Day. Or Global Cat Day, both of which were coined by Alley Cat Allies — the first version in 2001 and the second in 2017. Truth is, no matter how we refer to such cats—stray, free-roaming, outdoor, or feral—our industry tends to use these terms interchangeably, which must be confusing to the public.

While the movement has been shifting toward the use of community cat as an inclusive descriptor for our beloved felines, we don’t know if the term resonates as much with the people caring for those cats as it does with us—if it resonates at all. That’s why we recently conducted a research project testing participants’ concerns, perceptions, and reactions to a variety of community cat-related terms, as well as other topics pertaining to the saving and management of cats who just happen to live outdoors some or all the time.

Because make no mistake, while we’ve seen tremendous progress in cat lifesaving over the past few years, cats need us to speed up that lifesaving work because more than two cats are needlessly losing their lives for every dog that does. We can’t inspire the required level of public awareness and urgency if people don’t understand the vocabulary we are using to explain the issue.

“In animal welfare, we think everyone else is on the same page but that’s not reality. People speak about community cats in simpler terms than we do and are put off by the acronyms or jargon we frequently use in our messaging. We need to understand the type of language and messaging points that are most effective at compelling everyday people to support the lifesaving work we are doing for this population of cats.” 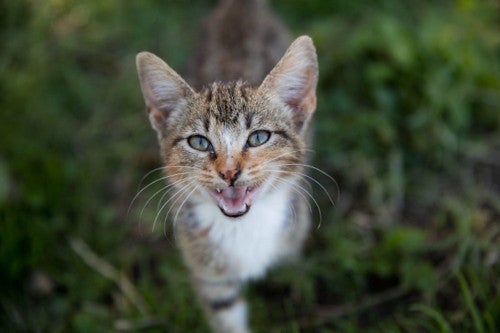 We gathered qualitative data via two-hour focus group sessions with 30 participants in Texas and California, chosen because they represent the top two states where animals are unnecessarily losing their lives. We also gathered quantitative data from 1,566 surveys returned by residents in the same states, with 296 of those being returned by Spanish-speaking participants.

Right off the bat, it was clear that there was a need for us to do this kind of research, as close to 70% of participants revealed a low level of awareness about the language, concepts, and benefits of community cat programs.

“It’s frustrating to know that we’ve been doing and talking about this work for years and a majority of people are still unaware. That’s why we did this, to determine if we have been communicating at a level that people didn’t understand.”

Other results, however, indicated that we are moving in the right direction as far as replacing our myriad of terms to describe cats with one inclusive term: community cats. That phrase was much preferred over pretty much all the other terms we’ve used to identify this population. The next most preferred terms were outdoor or neighborhood cats. Additionally:

Some of the most interesting—even humorous—responses came when participants were asked to respond to “cat colonies.”

“The term ‘colony’ conjured up visions of a sci-fi film with cats coming out of a spacecraft shooting laser beams,” Best Friends marketing manager Amy Dávila Sánchez jokes. “Or it implied that there were massive hordes of cats.”

More seriously, there was mention of the negative historical context of cultures being colonized.

“It left a bad taste in people’s mouths culturally and because it suggested something that is out of control, so we want to avoid that term,” she says.

Insights from Latine/Hispanic participants were very similar to the English-speaking survey respondents, with participants indicating they were less likely to want to use feral, wild, or stray. They felt those terms had comparatively negative connotations and much preferred “gatos comunitarios” (community cats). 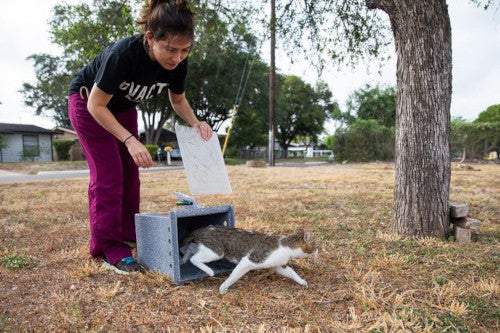 Among the few differences in this group of respondents were greater concerns about disease and nuisance issues related to community cats. The reference to ear-tipping also brought up a lot of tension among this group.

“It was like we took the air out of their bodies when we said it,” Amy says. “That shows we must work harder at explaining to people that this is a procedure done by a vet under anesthesia and that it doesn’t hurt the cat.”

Confirming We’re on the Right Track with Cat Programs

Although some participants expressed concerns about the impact that cats potentially have on wildlife or feared they might attract predators to the community, the most encouraging finding was that people showed they really do care about cats. As one participant put it:

“You can envision all day long that there's this perfect world where cats go to shelters, and then the shelters take care of them until they find their forever homes. But when you see the actual number that don’t make it out alive, and that only 3% are reunited with their owners, it kind of hits you in the face that that's probably not a realistic solution.”

And to most of the participants, TNVR is that realistic solution. While 59% of participants supported such programming before they took part in the survey and focus groups, that increased to 69% after they learned more about community cat programs.

“One person said, ‘When I read that when you take a cat out of the population a new cat comes and replaces it, and so you keep getting more cats, it rang a bell for me. When you spay them and put them back, eventually the population is reduced, so that seemed like it was a good thing’,” Amy says.

“The underlying sense of humanity, love, and care for cats that come out in the results really tugged at my heartstrings,” she adds. “It’s clear that people want to do the right thing for our community cats; now we just have to make sure we’re talking about these programs in a language that everyone understands.”

*In fact, we have shifted to using TNVR instead of TNR (written out for our non-industry audience, of course) because this recent research confirmed that people are worried about disease in outside cats. Elevating the fact that vaccination is a key part of such programs helps diminish such concerns.