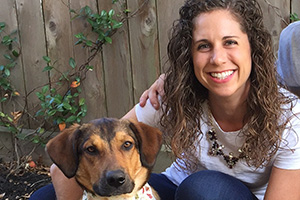 Whitney began working with Best Friends in the spring of 2017 as the local program cities specialist based in Houston. Her most recent role with the organization was lifesaving programs manager, where she was responsible for managing the daily operations of the Best Friends’ Houston program in support of No-Kill 2025 and beyond. Whitney’s focus was on partnering and collaborating with animal welfare groups in Harris County and the greater Houston area to increase live outcomes and decrease intake at shelters. Whitney managed the Harris County community cat program and helped with the launch of other local programs including foster, volunteer, transport and community outreach.

Prior to working in animal welfare, Whitney’s background was in retail and sales. She was a sales executive in New York City, a buyer for an accessories company in Houston and worked in e-commerce as a site merchant for a sporting goods store. In her role as senior manager of the BF Network she will be able to merge her prior work experience to help drive the network strategy forward to achieve no-kill nationwide by 2025.

Whitney lives in Texas with her family and their two dogs, Jack and Cleo. Jack was adopted from the city shelter and was the reason Whitney began volunteering with a local rescue group and later pursued a career path in animal welfare. Cleo (pictured here) was a stray during Hurricane Harvey, a devastating event which made a lasting impact, calling attention to the stray animals in the Houston area and leading organizations to make major programing changes to save more lives.