Keeping up the Pace of Lifesaving

If you attended the Best Friends National Conference this week or read the editorial we posted on the Network site on Tuesday, you already know that the 2020 national dataset revealed continuing momentum toward the goal of no-kill 2025. Unlike a decade ago, millions of cats and dogs are no longer needlessly losing their lives in shelters. Today, that number has dropped to 347,000 animals—the lowest number of unnecessary deaths ever recorded and a 76% reduction since we put the no-kill 2025 stake in the ground in 2016. The country is now at an 83% save rate—up 15 percentage points from where we were just five years ago.

There are many celebratory achievements beyond the large number of lives saved in this latest data analysis, including the fact that New Hampshire joined Delaware as a no-kill state. Vermont and Rhode Island are hot on their heels with a combined lifesaving gap of only 80 animals.

Significant strides continue in the key states that make up more than half of the lifesaving gap. California and Texas, for example, were responsible for 38% of the lifesaving progress that happened last year. Los Angeles, the second-largest city in the U.S., also became no-kill in 2020.

And we should all be shouting from the rooftops that 48% of shelters and a third of all communities are no-kill today. And this is true across all shelter models. For shelters for which we have data, 89% of private shelters, two-thirds of private shelters with contracts and more than half of municipal shelters are no kill. 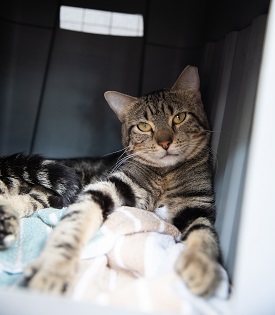 However, we cannot ignore the fact that 52% of shelters have not yet reached a 90% save rate—and many are far from that benchmark. There are still more than 950 cats and dogs losing their lives every day just because they do not have a safe place to call home. We regularly hear from Network partners for whom the concept of no-kill seems unattainable. They are over capacity, lacking veterinary resources, struggling with staffing shortages and morale issues, and unable to engage the public in lifesaving.

But the pet lifesaving dashboard is a tool that we can use to help those shelters. Not only does it gauge how far the industry has come, but it also proves which programs work and identifies the areas where continued resources and hard work are needed. And we can sum up the latter in one word: cats.

Even though dog intakes are 5% higher in shelters, cats are still unnecessarily losing their lives at a rate of more than two cats to every one dog. Most of those are outdoor community cats, and it’s no secret that TNVR and RTF programs are the answer to helping those cats. For adoptable cats and kittens that do not have a neighborhood home to return to, as well as for neonates, foster programs are essential.

Time and again, shelters that incorporate such programs into their repertoire see practically immediate impact. That’s why we continue beating the drum about cat programs within our Network resources. And with cats being so much more at-risk, don’t expect us to quit beating that drum any time soon.

Many of you reading this are a major reason for our lifesaving wins over the past few years. Take a moment to celebrate it. But in addition to being responsible for the lifesaving success, YOU may be the biggest asset to evolve from that.

Over the past few days, we had the opportunity to listen to speakers from around the country talking about new and innovative programs at their shelters. It was not long ago that we could count the number of no-kill communities on one hand. Now, amazing transformation is happening across the country. And with more smart and innovative people doing innovative work, more innovation is happening. When new lifesaving programs emerge, we all benefit from learning about it.

There is another benefit as well. With 48% of shelters having already achieved no kill, many of these organizations and staffers are well positioned to serve as mentors to organizations who still have work to do.  Shelters that have “rounded the curve” are in a great position to help those that have not.

I would be remiss if I did not also acknowledge that some of this year’s progress was likely due to the pandemic, ironically enough. When shelters were forced to shut their doors to nonstop intakes and seek out public support in providing for the community, lifesaving accelerated nationwide in a way that we have not seen prior to now. 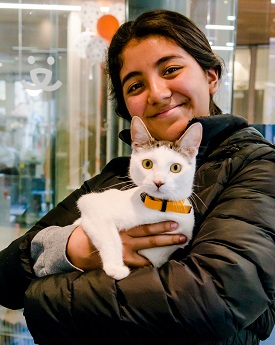 As the country returns to some semblance of normal life, let’s not slide backwards. Our industry has shown itself to be remarkably resilient and adaptable and we should continue building upon the change and innovation that happened between communities and their animal shelters during 2020. Many organizations adopted new programs in 2020: managed/appointment-based intake programs, enhanced return-to-owner programs including RTO in the field and ramped-up owner retention programs. In most cases, we should keep these programs and continue to build upon them.

If your shelter or community is one that reached our 2025 no-kill goal five years early, you are to be commended. Now is the time to pay it forward and reach out to shelters that are still where you were 10 years ago, or even a year ago. We have all benefitted from learning from others over the years. The more folks can help others, the easier the work will become—and our industry’s impact and improvement will grow exponentially.

The results of the 2020 data analysis prove that we can reach that once-elusive goal of becoming a no-kill country. We need to save the lives of fewer than 350,000 cats and dogs to achieve that. Though that figure seems daunting, think of where we were a few short years ago.

Despite the challenges, there is so much to celebrate. And we should. Now let’s keep the momentum rolling and continue saving those lives together.